The GRDC is ensuring there are wheat varieties available with resistance to Sunn pest and hessian fly should they find their way here.

SOMETIMES being a continent apart from the rest of the world has its advantages.

For instance, Australian farmers do not have to contend with a lot of pests found elsewhere in the globe.

However, in this day and age of mobility and connectivity, Australia's biosecurity officials realise they are only a careless moment away from confronting all sorts of exotic insects and diseases.

With this in mind, the Grains Research and Development Corporation (GRDC) has got on the front foot, working with the International Centre for Agricultural Research in Dryland Areas (ICARDA) on pre-emptive breeding programs to develop wheat lines resistant to hessian fly and Sunn pest.

The two pest species do hundreds of millions of dollars in crop damage each year.

"It is one of the most damaging insect pests in the world," he said.

He said the fly larvae fed just above the nodes of the stem, causing weakening and stunting of the plant. The flies in their adult stage are about 4mm long and lay eggs on leaves.

"It is especially difficult to treat in no-till cropping systems, so having varieties resistant to it is very important," Dr El-Bouhssini said.

Sunn pest does millions of dollars of damage in central and western Asia.

Sunn pest is more of an issue in the Middle East and not only causes yield loss but causes problems with flour quality from affected grain as well.

Dr El-Bouhssini said Sunn pest was a bug that closely resembles the stink bugs and shield bugs found in Australia, but with the capacity to decimate crops.

In terms of the trials, Dr El-Bouhssini said tests were done in field conditions at ICARDA's Marchouch research station, which has a similar climate to Australia, testing various wheat varieties for resistance.

This field work is critical, as the pests cannot be brought into Australia, even for use in a restricted environment, due to the risk of an outbreak.

In other helpful developments, the resistance genes have been identified and marked to help breeders continue to select for resistance.

"This project is delivering real benefit to Australian growers in the unfortunate event there is an outbreak of hessian fly or Sunn pest in Australia," Dr Wuletaw said.

He said it was a difficult process transferring the beneficial traits, developed from land race wheat varieties handed down over the generations by small scale farmers, without the unwanted characteristics.

"You can really see the value of the CAIGE project and the access to germplasm with resistance," Dr Trethowan said. 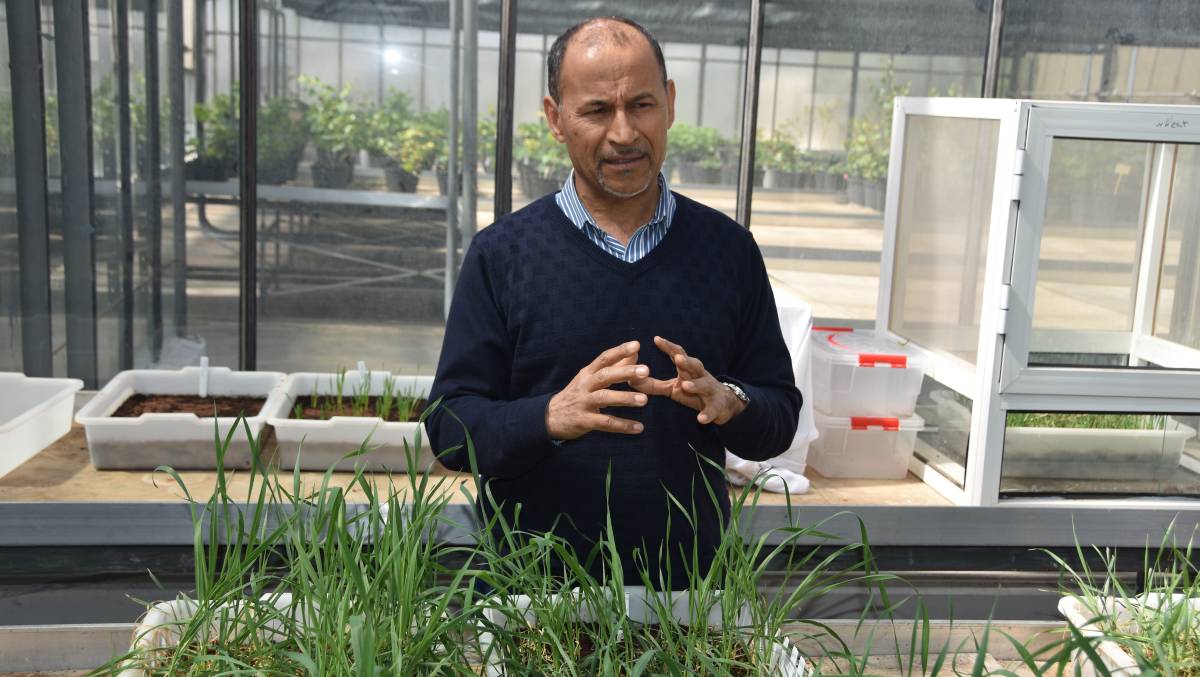 "We have strict quarantine rules, but given the volume of international travel and climate change's impact on pest movements we are not safe against exotic pests reaching our shores.

"In recent years we have seen that with Russian Wheat Aphid, which is now found across much of Australia's cropping belt.

"Initiatives such as this ensure we are not facing really big losses if a new problem species such as hessian fly or Sunn pest does make to Australia."

"Managing the problem through genetics is important, as eradication in-crop can be very difficult, once the damage is visible it is often too late to put out insecticides."

GRDC modelling showed yield losses of between 32 and 42 per cent were possible in bread wheat and durum if hessian fly was established without protection in the form of resistant varieties.