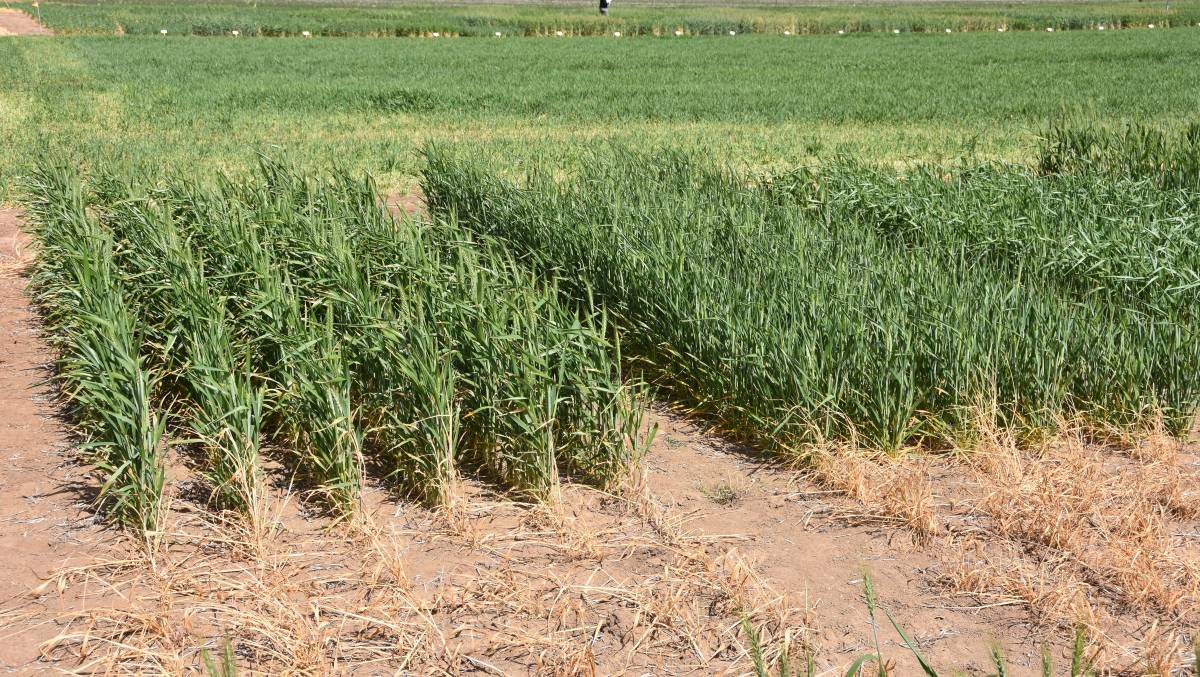 It is believed the GM wheat volunteers found in Washington state in the US may be descended from plants grown as part of GM wheat trials in the area years ago. Photo - a trial plot of wheat grown for research purposes.

The wheat industry will watch to see if Asian nations will slap a ban on purchases of US wheat after an outbreak of GM wheat was found.

THE US Department of Agriculture (USDA) has confirmed the discovery of genetically modified (GM) wheat plants growing wild in an unsown paddock in Washington state in the north-west of the US.

It is believed the herbicide resistant plants may be descended from GM wheat trials conducted by Monsanto in the early 2000s.

Monsanto stopped GM wheat trials in 2004 due to a lack of enthusiasm for GM wheat among key buyers of American grain.

The US wheat industry is now watching anxiously to see if there is any fall-out from the discovery of the GM wheat.

When unapproved GM wheat was found in Canada last year, Japan, and South Korea suspended purchases of Canadian wheat for a month, while an earlier escape in the US in 2016 saw the two nations, together with Taiwan temporarily ban imports of wheat from the US Pacific North West region, where the GM wheat volunteers were found.

There has been no word from any key wheat purchasing nations on whether the discovery will have an impact on their buying from the US this time around.

The USDA said it did not appear the GM wheat incursion had entered the food chain.

The resistance in the wheat was to glyphosate, similar to the GM technology popular in other big US grain crops such as corn and soybeans.

Incidences of unapproved GM wheat plants being discovered in North America are rare, but have happened before.

These areas were all home to GM wheat trials.

The GM wheat strains found have been different at each site, rather than one variety.

US Wheat Associates is aware of the incursion, but has said it does not think there are any grounds for concern.

"We believe the Animal and Plant Health Inspection Service (APHIS) is well prepared to identify additional information about this discovery," USW said in a statement.

The organisation was looking to hear more on the outbreak from APHIS before discussing the matter with customers.