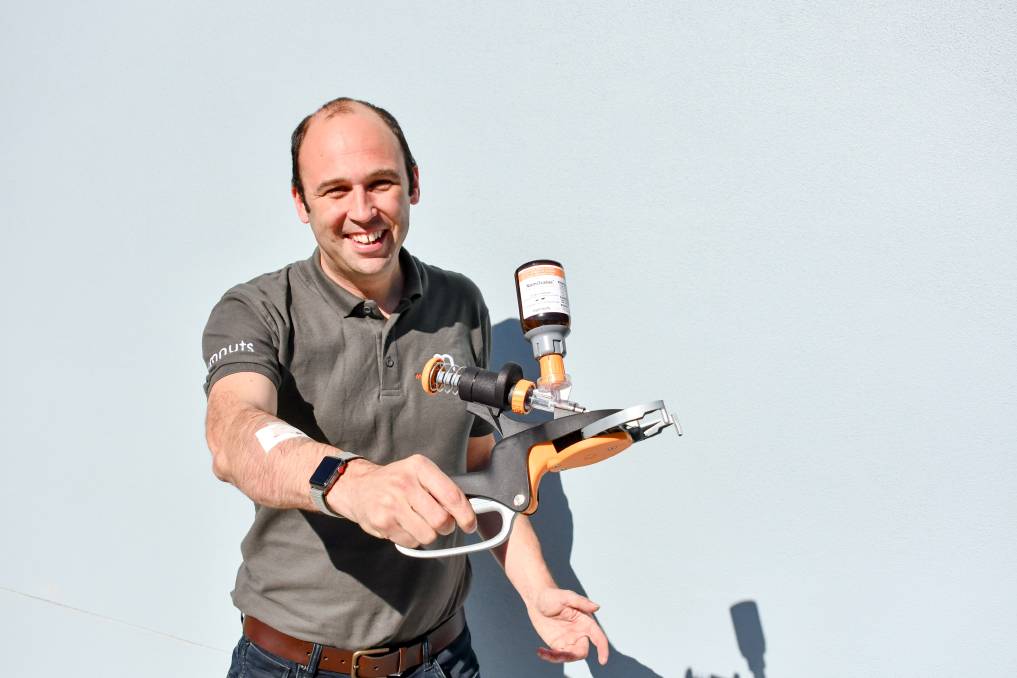 Numnuts director Robin Smith has relocated from Scotland to launch his product to producers in Armidale on Wednesday morning.

Find out how much it will set you back.

Pain-relief lamb marking tool, Numnuts, was officially launched to producers during the MerinoLink conference in Armidale on Wednesday.

The new product, created in partnership with MLA and Scottish firm, 4cDesign, combines a hand-held rubber ring dispenser with an injection of local anaesthetic to alleviate pain when tail docking and castrating lambs.

Producers can purchase a Numnuts device starter pack for $350, with a 100ml bottle of the anaesthetic, known as NumOcaine, expected to cost 67c/dose, dependent on individual vet costs.

Director Robin Smith, whose father launched Barbervax in Armidale in 2014, recently relocated his Scottish family to Brisbane as he gains support for the product now licensed to Senesino for use in Australia.

While only 40 devices were available for purchase at the conference, another 100 will land on our shores in July and 350 from August.

Mr Smith said Numnuts would cost producers about $1/lamb, but it was a worthwhile investment in the current climate of animal welfare.

"When I first started this in 2008 everyone said, 'you are mad, there will never be a market for it'," he said.

"So it was quite a leap of faith back then, but as we have watched this wave of interest, people are becoming more interested as to where their food and wool comes from, the market has been building. 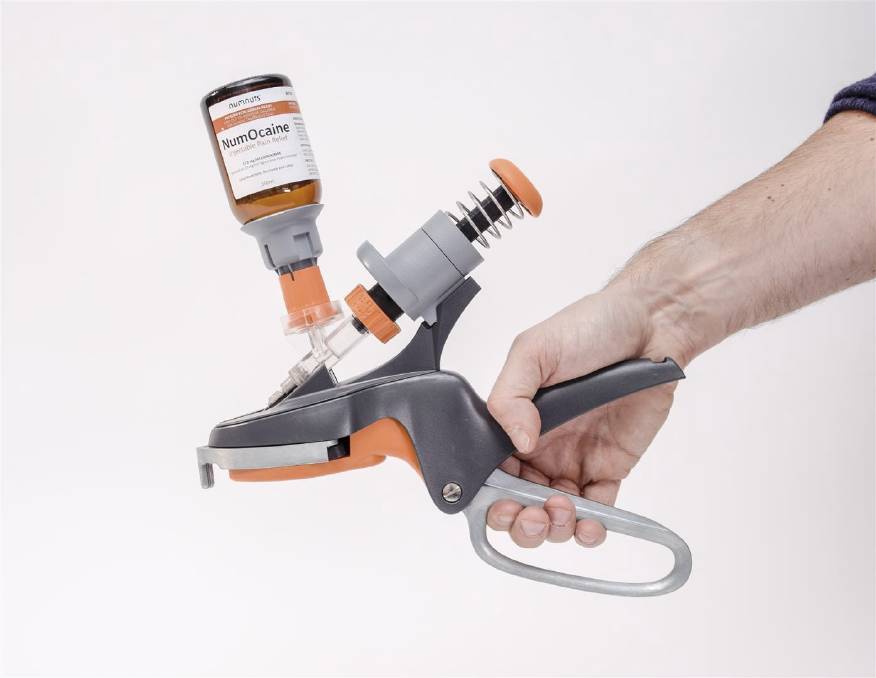 The new product combines a hand-held rubber ring dispenser with an injection of local anaesthetic to alleviate pain when tail docking and castrating lambs.

"Although it's acceptable in an agricultural context, as the urban consumer starts to look more closely, we are in the movement towards trying to create bloodless farms."

Producers who purchase Numnuts will be given paperwork to submit with their National Wool Declaration to support their animal welfare status.

Mr Smith hoped those producers would one day be offered premiums for their use of Numnuts.

"The major brands, both clothing brands and meat buying brands, now generally do see what is going on farm because they see themselves as the custodians as animal welfare," he said.

"Those brands need to be able to offer producers a premium.

"What we hope is the producers that use this will see that as an investment, both in the animals wellbeing, but see that in the bottom line where the end brands will end up paying more money for putting this in."

The story Numnuts officially launches to producers first appeared on The Land.