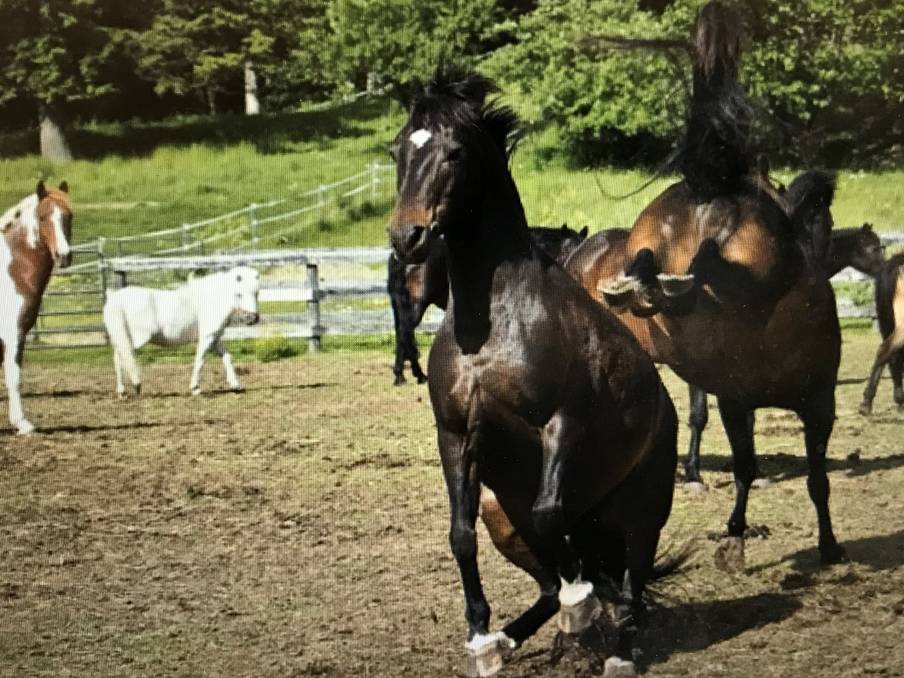 New research has shown mares are not quite as delicate and dainty as first thought and can be as bossy and unreliable as stallions.

GIRLS, Cyndi Lauper said, just want to have fun. But really they've been giving the boys a bad rap, boy horses that is.

A recent paper by a PhD student from Sydney School of Veterinary Science and published in the journal PLos ONE has put the girls under the microscope and the findings might just surprise and shatter a few myths in the process.

Conventional thinking proclaims stallions, the big boys of the equine family, are tough nuts considered dangerous or difficult and to be avoided at all costs, unless you are brave or foolish or both.

Geldings (castrated horses) are seen as safe, predictable, reliable, easy and willing by some.

The girls, fillies and mares, are kind and gentle by comparison.

Or are they just she-devils in disguise?

The girls, according to Kate Fenner's research, has identified mares to be as "bossy" or "unreliable" as stallions and those same traits, Ms Fenner says, could lead to welfare issues for the fairer gender.

The boys are gruff, the girls gracious and the boys with a few bits missing fit somewhere in between.

This form of anthropomorphism could lead riders to overlook the merits of fillies and mares, Ms Fenner said.

"When riders assume their horses are being bossy, difficult, flighty or unwilling they may be more likely to punish or correct them as a result," Ms Fenner said.

"A mare disobeying a rider's signal could be interpreted as having a bad attitude and be met with punishment.

"However, when a gelding disobeys the same signal, the rider may be more likely to conclude that the horse had not understood the signal and work to establish the signal-response pattern with the horse using reinforcement."

The late Roy Higgins would have argued the case. He once rode Hyperno, a nasty gelding, which cost him a long holiday after losing a city race and then nosed him out of victory in the 1979 Melbourne Cup. Fair to say Higgins and Hyperno weren't mates.

On the other hand the gelded Vo Rogue and his knockabout trainer Vic Rail were so close they shared a stable together on more than one occasion and the late Bart Cummings said Shaftesbury Avenue, another to suffer the ultimate gear change, was among the best he'd trained.

Professor Paul McGreevy, the senior author on Ms Fenner's research paper, believes gender stereotyping is based on folk-lore and could ultimately be a self-fulfilling prophecy.

"If you've grown up believing that mares are moody or fiery or difficult, you will tend to approach them accordingly and ride them differently, then the horses themselves will respond differently," Professor McGreevy said.

"This kind of prejudice against females is a bit like the traditional bias against horses with chestnut (ginger) hair. Many riders believe a chestnut mare is inherently stroppy or more fiery, and there is no evidence for this."

Central Queensland trainer Tony McMahon, whose stable only accomodates fillies and mares, is on side with Professor McGreevy.

"I have had them all shapes and colours and the greys can be as stroppy as the bays or the chestnuts. Mamzelle Corday is the oldest mare in the place at the moment and has her moments," Mr McMahon said.

"When she first arrived we couldn't even get her into the stable box. Nowadays she is quieter but it still takes two people to saddle her and she is a big bay mare.

"With mares you have to be patient and work with them. In my experience if you get them onside, they prove more consistent than the males but there are always exceptions.

"Bart Cummings used to say horses develop the attitude of their handlers so Ms Fenner's research might be on the right track."

So boys will be boys and girls...

The story Girls can be bossy, too first appeared on Queensland Country Life.