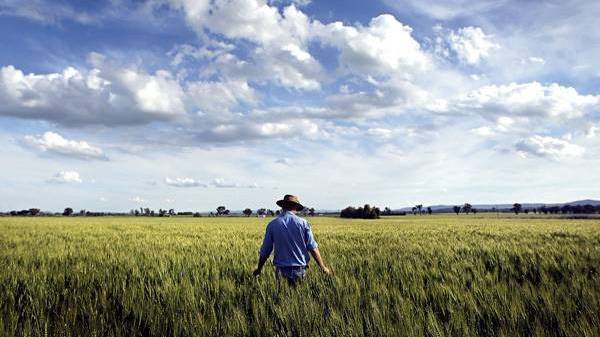 Craik Review calls for a $1 billion conservation trust which, if implemented, would create a new revenue stream for agriculture.

A long-awaited review of the Environment Protection Biodiversity Conservation Act recommends the federal government create a $1 billion fund to establish a market that pays farmers who deliver environment benefits from their land.

The proposed National Biodiversity Conservation Trust would be a significant shift in environmental policy, which currenltly relies on regulation to protect biodiversity.

The fund would create a market for biodiversity outcomes that "incentivises farmers (and others) to protect and actively manage matters of national environmental significance outside of legislated requirements," the report said.

Dr Wendy Craik was commissioned to investigate how the EPBC Act impacts agriculture and to recommend improvements while maintaining environmental standards. Dr Craik reported to government in November last year and the review was published this week.

Agricultural enterprises usually interact with the EPBC Act when they are looking to change or expand their activities and have to deal with regulations for nationally threatened species and ecological communities - which fall under the Matters of National Environmental Significance covered by the Act.

Dr Craik said the $1b fund should be set up initially over four years.

"This would enable the long term protection and management by farmers (among others) of Matters of National Environmental Significance through arrangements such as conservation agreements."

A $30m pilot program for an environmental stewardship program, which could pave the way for Dr Craik's Biodiversity Trust, was funded in the April federal budget under the initiative of former Agriculture Minister David Littleproud.

"This is aimed at family farmers," Mr Littleproud said in April.

"I've always thought farmers should be paid for managing the biodiversity on their properties that can become a passive and drought-proof income stream."

Dr Craik's report said the EPBC Act is viewed negatively by the farm sector - which perceives it to be "complex and difficult to follow", while assessments under the Act are "unpredictable, unclear, complicated, costly, time consuming and impractical".

Government should seek public feedback when listing species as threatened, assess the socio-economic impact of the listing and investigate ways to limit it, the report said.

It recommended an expert with ecological and agricultural qualifications be appointed to the independent Threatened Species Scientific Committee, which advises government on new listings.

She said the market-based mechanism to promote biodiversity on private land was a "paradigm shift" from the current "command and control approach".

The Humane Society International said despite farmer's negative perceptions of the EPBC Act, the report demonstrated minimal impact on industry.

"Dr Craik's report shows that just 2.7 per cent of EPBC Act referrals are from the agriculture sector, and that in 20 years only two were not approved while 28 had some conditions placed on them - that's less than two instances of EPBC Act impact on agricultural projects each year, nationwide," said the Humane Society's Evan Quartermain.

"We question why what seems to be a relative non-issue has received such intense scrutiny when this data has been available to the Government all along."

The Australian Conservation Foundation said the review risked politicising environment policy with its recommendation that agriculture industry be granted input to threatened species listing, and argued the sector is under-regulated.

"Australia is suffering an extinction crisis. The review acknowledges biodiversity in Australia is in poor condition and is getting worse yet overlooks the role of national law in protecting biodiversity," said ACF policy analyst James Tresize.

"Australia needs to grapple with the problem of the damage land clearing is doing to our country and our unique wildlife and work out how to protect critical habitats for threatened species."

"The Morrison Government should fund a program that protects biodiversity and rewards farmers and other land managers for sound environmental management," Mr Tresize said.

Dr Craik was commissioner of the Productivity Commission between 2009 and 2014, a former chief executive of the Murray-Darling Basin Commission, National Competition Council president and National Farmers' Federation director.