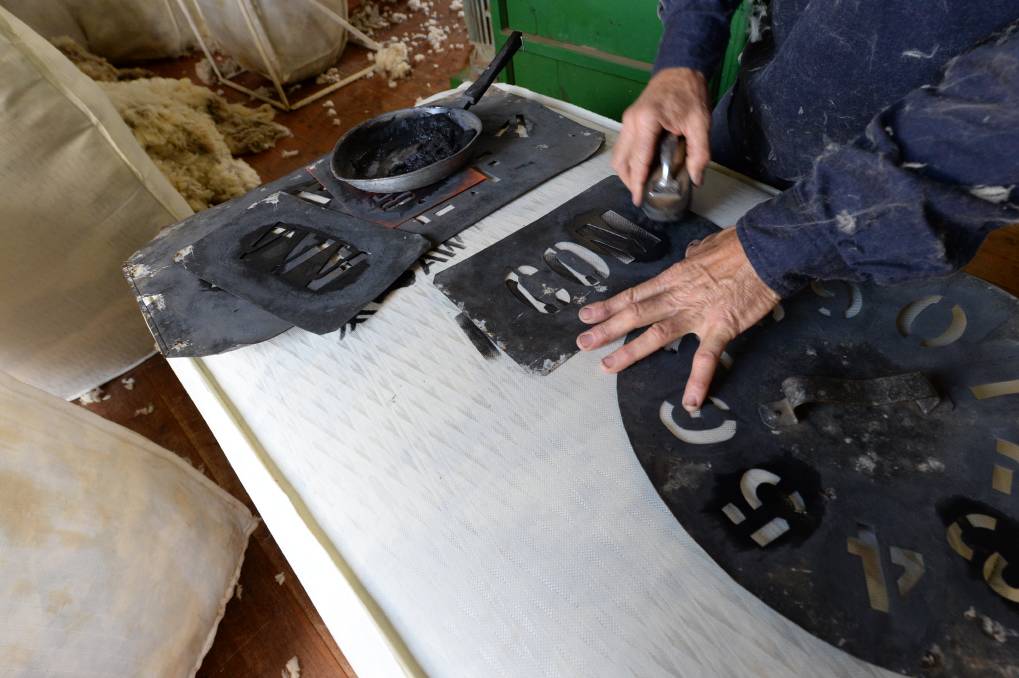 The benchmark eastern market indicator (EMI) got the wobbles in the final month of the 2018-19 selling season.

Wool auctions generated almost $3.2 billion during the 2018-19 selling season which ended last week on a flat note with the eastern market indicator (EMI) shedding 51 cents to finish at 1715c a kg clean.

The EMI lost 172c during the month, the second highest monthly fall ever in the EMI behind March, 1991, when the reserve price scheme was axed.

In percentage terms the EMI lost 9.1pc for the month, the largest monthly drop since August 2012 when it fell by 12.1pc. 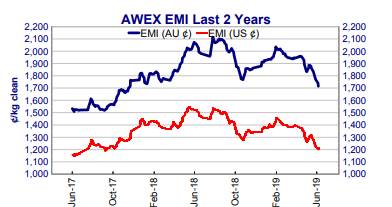 While wool prices are still attractive in historic terms, the past month's nosedive will add to fears about Australia's steadily declining wool production.

Market pundits have blamed ongoing trade tensions between the US and China for a loss of confidence in the wool market and welcomed signs of a thaw in relations between the two economic superpowers at the G20 summit in Japan last week.

China buys around 75pc of the Australian clip.

The mood at sales last week was gloomy with 20pc of the 29,167 bales offered passed-in.

Growers will be keenly watching the first sales of the 2019-20 season later this week to see if prices have bottomed. Around 34,000 bales have been rostered for sale in Sydney, Melbourne and Fremantle.

Dr Peter Morgan, from Australian Wool Industries Secretariat and a veteran wool market observer, said global economic uncertainty had weighed heavily on the wool market headed by the US-China trade war, India-US trade disputes and growing military tensions between the US and Iran.

History showed that global economic uncertainty invariably impacted adversely on wool prices because it was a discretionary product, he said.

While the trade talks between US President, Donald Trump, and Chinese president, Xi Jinping, had been encouraging, Dr Morgan said their words needed to be transformed into real progress.

Drought had also impacted on the quality of many clips which had helped push down the market.

"It's not really surprised me at all that we have seen prices fall away (because) demand these last two or three weeks has dried right up," he said.

Despite the recent fall Dr Morgan said there was still a "lot" of money to be made out of wool.

He said if the market had been nudging up to 1700c, rather than falling to that level, pass-in rates would be minimal.

In a similar vein, Tasmanian grower, George Gatenby, Campbell Town, tweeted last week that Merino ewes were producing $200 a head "year in year out" through wool and lamb returns.