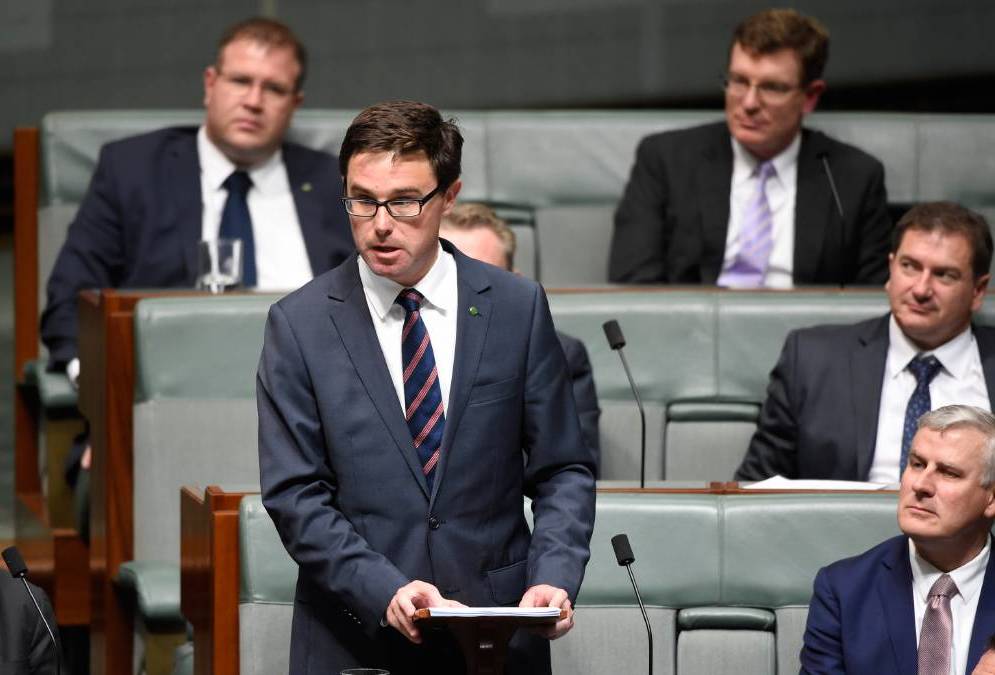 The federal government's centrepiece rural policy for the May federal election has been passed into law.

After delaying the vote in parliament on Monday night and bitterly criticising the policy for several days, Labor provided the necessary support to enact the legislation.

The Future Drought Fund will deliver $100 million a year in perpetuity, with the first dividend to be paid out mid-way through next year.

Drought Minister David Littleproud said the fund would back initiatives to build drought resilience rather than provide immediate support measures.

The government created the drought fund by re-badging the $3.9 billion held in the Building Australia Fund, which was established under the former Labor government.

Government has yet to propose projects, and the fund won't pay out until mid-way through 2020, when it will provide $100m a year for preparedness and prevention.

"This is what people have been screaming out for. This is for the future," Mr Littleproud said.

"We have already got a policy for the here and now."

Mr Littleproud referred to the federal government's in-drought support initiatives such as the On-farm Emergency Water Infrastructure Rebate Scheme which has approved 1609 applications and paid out around $8m, the permanent increase to the Farm Household Allowance asset test which rose to include applicants with net assets of $2.6m, and low-interest loans to producers through the Regional Investment Corporation worth $135m and spread across 138 borrowers.

Labor agriculture spokesman Joel Fitzgibbon said his party had argued against the Bill to create the fund before ultimately approving it because of the lack of immediate support to farmers and the raid on the Building Australia Fund.

"Our concern was that in six years this government has done nothing meaningful for farmers. And this Bill will deliver no money to farmers for two years, and those farming families need money now," Mr Fitzgibbon said.

"They also haven't clearly defined how they intend to spend the money, and most importantly we still can't understand why they are stealing $3.9b from the roads budget, which is important to regional Australia, to fund the drought program.

"We offered to support any level of appropriation necessary to deliver the same amount of money - but we could have delivered that funding immediately."

Mr Fitzgibbon said by using its numbers to force a vote on the drought fund the Coalition had created a "farce" in parliament and proved that the government was only interested in wedging the Opposition.

Labor Leader Anthony Albanese pledged to support "any level" of funding for farmers, but spoke against raiding the Building Australia Fund, arguing there would be no point in the Commonwealth retaining Infrastructure Australia as a statutory authority because there would be no money to act on its recommendations.

Labor Senator Katy Gallagher sealed the drought fund's fate when she announced to the Senate on Tuesday that Labor would support the Bill.

"We don't want to be painted as a party that opposes support for farmers," Senator Gallagher said, while echoing Mr Fitzgibbon and Albanese's criticisms.

He said the had instituted an alternate infrastructure funding stream worth $100b and government amendments to the original legislation ensured Drought Future Fund expenditure would be developed in consultation with community and an expert panel with governmental oversight.