Eulo Grazing Co has found its future, and it is with White Suffolks as they strive for annual production of 10,000 lambs. 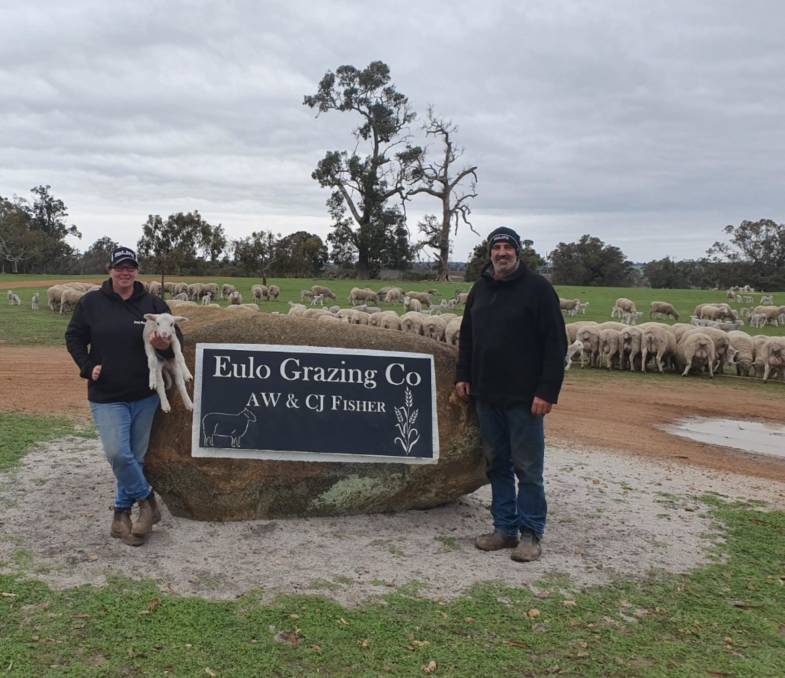 EVER-EXPANDING: Charlotte and Tony Fisher are looking to grow their Eulo Grazing Co-operations in the coming year with a goal of producing 10,000 prime lambs.

Eulo Grazing Co could never be accused of not having a go.

The 1214-hectare Kojonup, Western Australia, property has had its fair share of change, even just under third-generation farmer Tony Fisher's time at the helm.

A diverse range of farming operations have been tried across the lands south-east of Perth since it was cleared in the early 1900s by Mr Fisher's grandfather.

But since 2000, Eulo Grazing has been on something of a hectic journey of change and trials before landing what looks to be its most viable and likely long-term, future product in White Suffolks.

"We were predominantly in the wool game before the 2000 when we decided to branch away from Merinos and got in to Dohnes,'' Tony said.

"We became dissatisified in the wool industry but we didn't want to get out of sheep. We were playing around with terminal sires over some of our older sheep, mainly a Poll Dorset, but we weren't that happy with that.

"We were looking for a tough sheep that was an easy running sheep that was basically going to give us good lambing percentages and not need to be molly-coddled all their life.''

Mr Fisher's homework turned up a strong tip with Guy Bowen and Mt Ronan Stud and their maternal and White Suffolk rams.

"In about 2007 we bought four or five maternal rams that year to try over a line of Dohne ewes and we were really happy with what we saw,'' he said.

"The next year we bought 18 rams, including some White Suffolk rams.

"Back then we had cattle, about 150 breeding Angus cattle, but because of the drier harsher years we were getting, we decided to get out of cattle, and about 600 hectares of country we were running cattle on, we turned over to cropping. 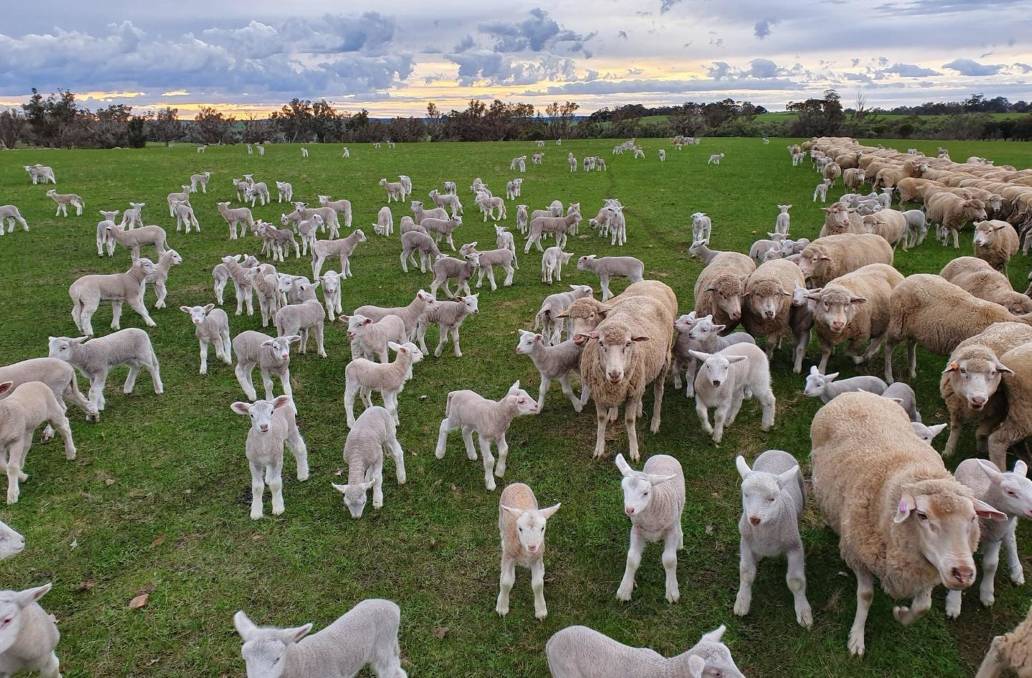 LAMBS APLENTY: Lambing percentages at Eulo Grazing Co have risen from 85 per cent to up to 150pc with the shift to a maternal and White Suffolk-based flock.

"We're out of that now, only keeping it going as we built up our sheep numbers.

"We were picking rams that had good mothering ability, and we knew that they were good doers, that they would look after their lambs well and when it came to their feed requirement we didn't have to worry about them so much because they seemed to hold their condition very well.

"They are sheep with good confirmation and they are early maturity type sheep. In saying that, the lambs are very small when they are born. With the low birth weights we don't have any issues in lambing.

"We found the first few years we were getting a lot better lambing percentages.

"With the Dohnes/Merino-cross we were getting 85 per cent live lambs, which we were not happy about.

"With these, at weaning and lamb marking, we expect to get 100pc to 150pc lambs out of these sheep.

"We're expecting very good lambing percentages this year. We've pregnancy scanned, which we don't normally do, but because we've had two or three drier starts to the season and we've pushed our lambing back this year, we've done that.

"We got 94pc out of the ewes that we scanned and there was one lot we didn't scan and they were older ewes and very close to lambing ... and they've got a lot of lambs at foot.''

Mr Fisher said Eulo usually had lambs dropping in three lambings, this year, though, bringing it back to two.

"Normally we were having some earlier lambing towards the end of April and in May. We sort of do a triple lambing, April and early May, the majority in June and all the younger sheep we lamb them down from July 1,'' he said.

"We go through our ewes at lamb marking and wet and dry them ... anything that was dry other than a very young ewe that we like, they would be sold because we can't carry them.

"We cull for dry ewes and conformation. That's what we mainly do with our young ewes, as we mate our ewe lambs here too.

"We go through our ewe lambs, we want the earliest maturing lamb, and we class them up for conformation, early maturity and also if there's a sheep in there that's a bit ratty, we stay away from them as well.

"We want nice quiet sheep. The quieter they are, they look after their lambs better.

"We will try to keep about 1000 ewe lambs to breed with and we generally let the rams cull them ... so anything that is dry will go as prime lambs still.

"They still have their lambs teeth when mated and we try to get them to 50kg and rising when we put the rams in - in February - and we put a good percentage of rams out, generally about 4pc.''

Mr Fisher farms with wife Charlotte and their young children Oscar and Olivia taking an interest in the farm.

These sheep are just amazing. They're tough. - Tony Fisher

They also employ a full-time worker in the operations. Mr Fisher said the White Suffolk-influenced flock gives him the flexibility the property requires.

"We love the sheep. They are very tough. Because we have tough seasonal conditions here for sheep, it allows us to be very flexible in what we do,'' he said.

"These sheep are just amazing. They bring to us low birth weights, rapid growth and the ewes have amazing milking ability.

"We've dropped the early mating back, the majority of our lamb mating now takes place in early January to land in early June, while the ewe lambs or maidens are mated in about the middle of February to lamb about middle of July.''

Most of their prime lambs are sold on the hook to V&V Walsh at Davenport but depending on the season some will go to a local abattoir.

"We have got a facility to feed lot here ourselves but we haven't done that for a number of years ... it is all a matter of the numbers being right for that,'' Mr Fisher said.

"We also buy about 50t of lupins and generally cut about 300 hay rolls just to get the sheep through until we get a break.''

And there is further expansion of Eulo Grazing Co in the near future.

"In the next year we're going to acquire a bit more land handed on by my father, and in that case we're going to try to push our ewes up to about 7000 breeding ewes to look to get about 10,000 lambs as our goal.''