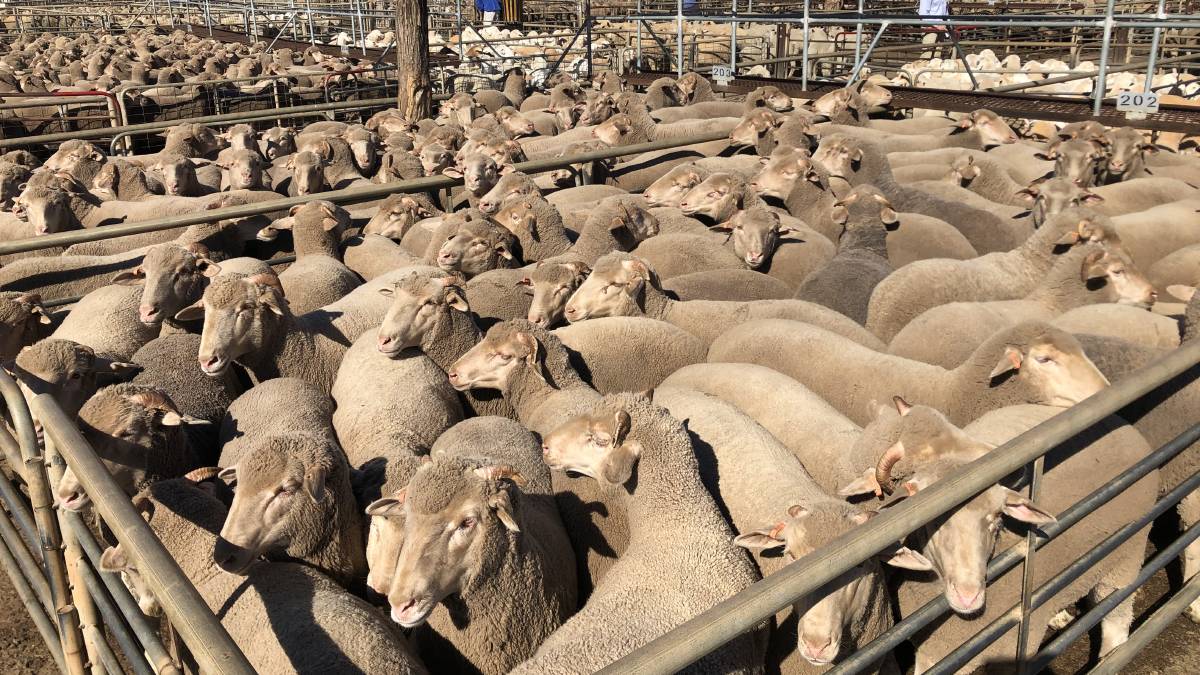 Agents from CPS Thomas, Ballhausen and Irvine, Dubbo this draft of 217 Merino lambs for a record-breaking $307.20 a head at Monday's sale. The lambs were offered on behalf of Jaimie and Lara Zell, "Widgerie", Tooraweenah. They weighed an average of 71 kilograms live weight and were Glendemar Multi Purpose Merino blood.

In yet another strong prime sheep and lamb market at the Dubbo saleyards last Monday, agents have claimed a new national record - this time for a line of heavy Merino lambs.

The team at CPS Thomas Ballhausen and Irvine sold a draft of 217 Merino lambs for $307.20 a head.

The Glendemar multi-purpose blood lambs were offered on behalf of Tooraweenah vendors Jaimie and Lara Zell of Widgerie.

The record-breaking lambs were purchased in December as 28 kilogram wethers and weighed an average of 71kg live weight prior to the sale.

They had been in the Zell's feedlot since March, on a ration including barley and chickpea gradings.

Mr Zell said they generally fed lambs for up to three months but the current dry season meant lambs were being fed longer.

"I try to keep the lambs in the paddock for as long as I can," he said.

Mr Zell has been finishing his lambs in the feedlot for almost 12 years, aiming to have the lambs ready to sell during the winter peak in the market.

The Zells run 900 Merino ewes, joining them to White Suffolk rams and buy in anywhere from 600 to 1000 lambs per year to finish in their feedlot.

Lambs overall were firm to cheaper, selling to $159/hd for light weights and $255/hd for trade weights. Heavy weight crossbreds sold to a top of $344/hd. Hoggets sold to $220/hd.

The mutton market was dearer for heavy weight pens, selling to $218 for full fleece Merino ewes and $220 for crossbreds. Merino wethers sold to $235/hd.

The story Merino lamb record at Dubbo first appeared on The Land.