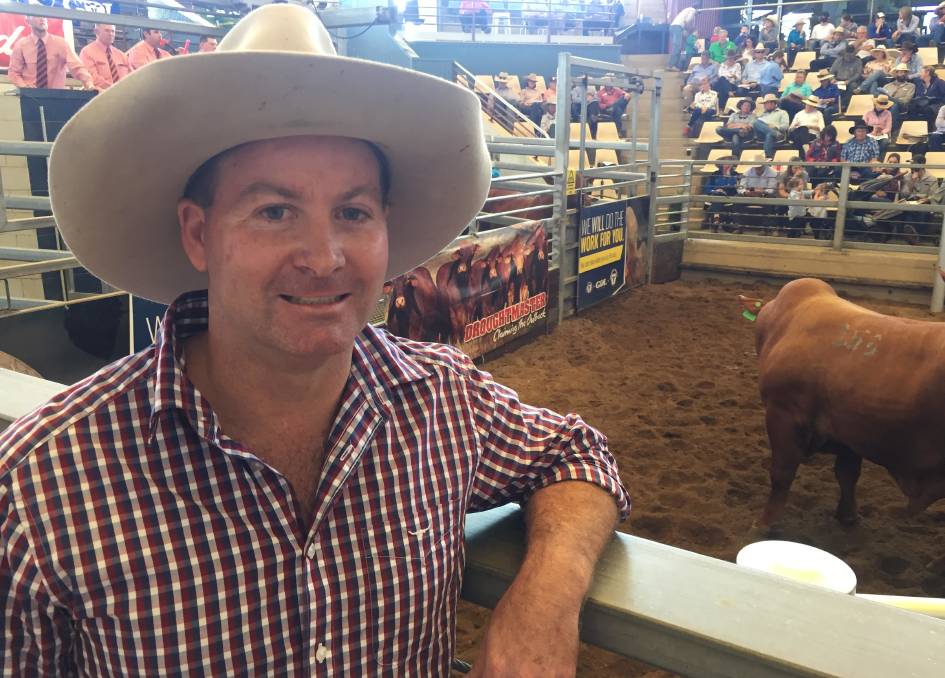 BEEF is a business primed to go forward on the back of strong demand and exceptionally good - and passionate - producers.

This is the belief of the Droughtmaster Society's newly-appointed general manager Simon Gleeson, an agribusiness executive with wide experience across many sectors.

In particular, he has faith in the Droughtmaster's future.

The breed continues to produce high quality and high yielding carcases economically - traits that have certainly come to the fore and been appreciated in drought, he said.

Speaking at the big two-day bull sale, the Droughtmaster National, in Rockhampton this week, Mr Gleeson, who starts in the role early next month, said there was real opportunity ahead for the breed.

"It's a great brand, developed in Australia to suit the Australian environment - there is no other cattle breed the same," he said.

"Now is the time to take this breed forward. The time is ripe to grow and promote it."

"Despite a very poor season and extreme drought, it was a remarkably strong sale," Mr Gleeson said.

"The result reflected the quality of bulls on offer. The breed is consistently performing to a high standard despite adverse environments."

Mr Gleeson says cattle breeders are the lifeblood of Australia, with the beef industry playing a vital financial and social role in the wider community and economy.

He has worked both in Australia and the United Kingdom in a variety of roles and is currently a director of the Brisbane Racing Club which is undergoing a significant transformation.

He grew up in Charleville and his family were heavily involved with horses and cattle. His grandfather, Ian Clarke owned a Devon Stud at Chinchilla and was president of the Devon Society for a number of years.

Mr Gleeson says the cattle game has some big challenges ahead - animal activism and the vegan movement to name a few - and that breed societies will help play a leadership role in strategies for dealing with challenges.

"The Droughtmaster Society is fundamental in defining the standard of the breed and recording pedigrees but, importantly, also in promoting, growing, preserving and improving the breed," he said.

The Society board, led by new president Todd Heyman, is about to get a new three-to-five year strategic plan underway.

"It is very important for our breed to continually evolve in a competitive environment," Mr Gleeson said.