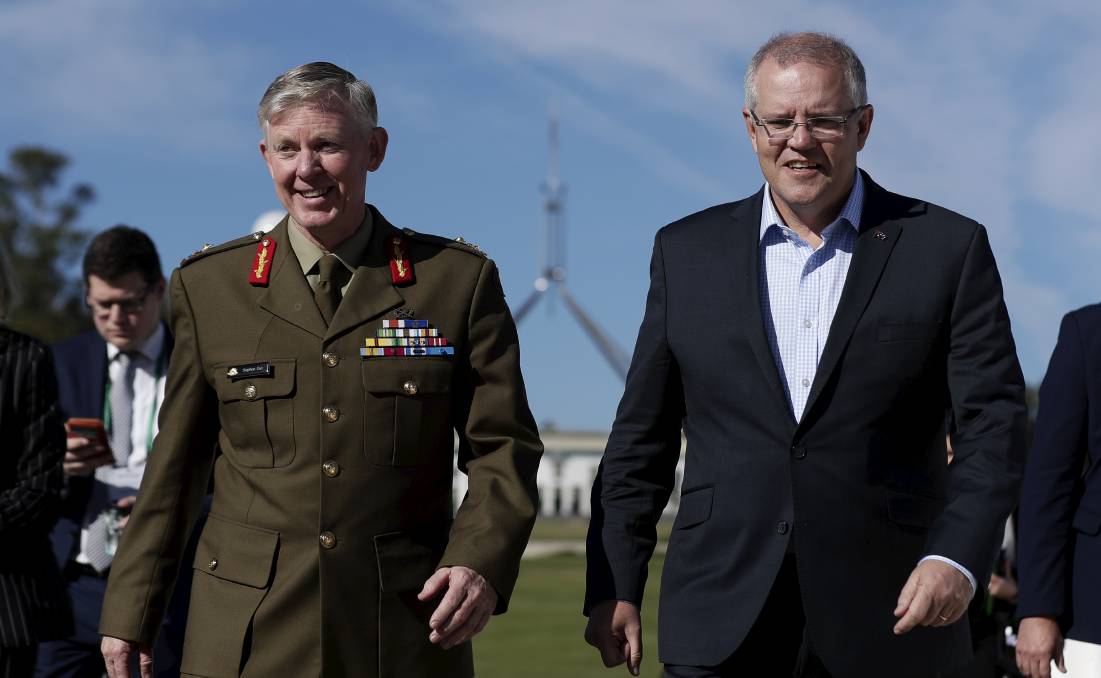 Drought Envoy and Drought Co-ordinator reports remain under wraps, despite Senate order for production of documents.

The federal government hasn't released the work of it's star drought appointments, despite recent progress on drought policy.

Yesterday Drought Minister David Littleproud advised the Senate he would not comply with its order to table final reports from the Drought Co-ordinator Major General Stephen Day, and from Special Envoy for Drought Barnaby Joyce.

"The request for the former Special Envoy for Drought Assistance and Recovery's report cannot be complied with as he did not prepare a final report and such there are no document exists (sic)," Mr Littleproud said in a letter to the Senate President.

"Major General Day's final report is subject to the deliberations of Cabinet and such may not be released."

On Tuesday, the Opposition passed a motion in the Senate ordering the government to make public its drought reports.

He appointed Major General Stephen Day Drought Co-ordinator, and tasked him to lead a taskforce of rural representative groups in the development of new policies.

At the same time, former Deputy Prime Minister Barnaby Joyce was made the PM's Special Envoy for Drought, after Mr Joyce was replaced as Nationals Leader by Michael McCormack.

Mr Littleproud said he would issue a response to the Drought Co-ordinator's report when the National Farmers' Federation had submitted a their own drought policy.

"Out of respect to the National Farmers' Federation and their member bodies, we've held back our response to the report, which is sitting with cabinet and we will respond once the NFF has provided their strategy," Mr Littleproud said.

He also criticised Mr Littleproud for double standards over his demand that the Queensland government release drought reports that had not been made public.

"The question is, what benefit did taxpayers receive as a result of the Drought Envoy's additional staff and travel resources they paid for? We now know the answer is none," Mr Fitzgibbon said.

"So why won't the Government follow its own advice and release the report of the Drought Coordinator? What does the Government have to hide from our farmers and the broader Australian community?"

"The Queensland government has been sitting on this report while farmers struggle with drought," Mr Littleproud said.

"Taxpayers paid for this report and they have a right to see what it says."

Earlier this week Mr Littleproud announced the appointment of an expert panel to help write the guidelines for the $100m a year Future Drought Fund.

The Future Drought Fund Consultative Committee, which is tasked with advising the Minister on a spending strategy under the so-called Drought Resilience Funding Plan.

Legislation demands that the agriculture minister of the day stick to Drought Resilience Funding Plan. The Consultative Committee will talk with stakeholders and advise the minister on the plan.

Funding must be targeted at drought resilience measures, such as research and innovation; new technology; environmental and natural resource management; infrastructure; and community initiatives.

The Future Drought Fund was announced at the PM's Drought Summit, which was held in Canberra in October.