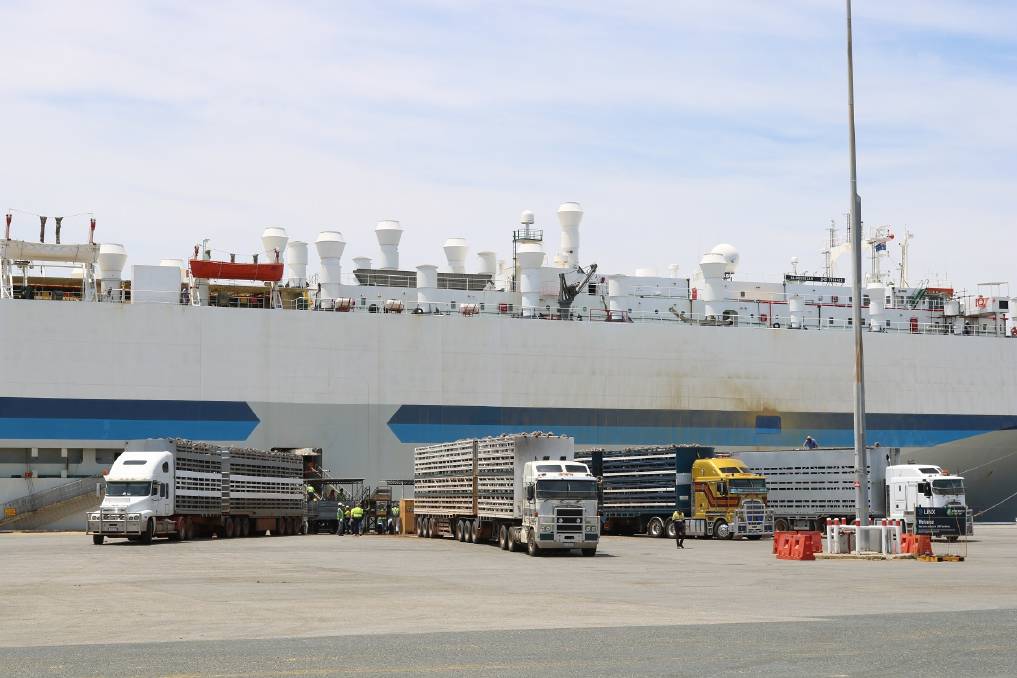 BOUND FOR KUWAIT: The Al Messilah is taking the first shipment of live sheep from Western Australia to the Middle East since the trade was temporarily banned last June to avoid losses from heat stress.

Live sheep exports to the Middle East have resumed out of Fremantle after the end of a temporary ban.

Western Australian sheep producers have welcomed the resumption of the live sheep trade after a temporary four-month ban during the northern hemisphere summer.

Around 57,000 sheep have been loaded on the Al Messilah at Fremantle by Rural Export and Trading WA bound for Kuwait and the United Arab Emirates.

It's the first vessel to depart Australia since the federal Department of Agriculture halted the trade from June 1 until September 22 this year.

Middle East importers have been looking at alternative suppliers during the moratorium including Romania and South Africa.

The department stopped the trade in response to available scientific evidence, animal welfare concerns and public feedback about the risk of losses caused by heat stress on voyages during the northern hemisphere summer.

All shipments to the Middle East must comply with the same conditions which were applied last May including verification of the ship's pen air turnover, a heat stress management plan and a reduction in pen densities.

The industry has been under heavy scrutiny since April last year when whistleblower footage containing disturbing images of conditions on the live carrier, the Awassi Express.

Since then the industry in WA has got on the front foot to introduce changes and working hard to restore public confidence in the trade.

WA Livestock Exporters Association chairman John Cunnington said the trade resumption gave the industry the chance to show it was viable and a reliable supplier.

Meanwhile, the importance of live exports to WA's sheep industry has been confirmed by new research which showed almost 30pc of sheep and lamb turn-off went into the trade during the past five years.

Analysis done by Mecardo, funded by LiveCorp and Meat & Livestock Australia, showed that nationally, almost half of all revenue generated by live exports is retained on farm, earning producers about $100 million per year on average.

LiveCorp chairman Terry Enright, a WA sheep producer, said many others in the state were also heavily reliant on the trade.

"Fodder manufacturers and sheep buyers, for instance, derive 75-100pc of their income from live exports, while it provides 25-50pc of the income earned by veterinarians in the supply chain," Mr Enright said.

"Nationally, the report shows direct employment of 1037 workers on-farm and 3443 people across the supply chain."

"The national sheep flock has fallen dramatically since the end of the wool reserve price scheme in the 1990s and that's reflected in live export numbers.

"However, it gives producers another buyer for surplus sheep, especially in WA.

"The port at Fremantle handles more than 80pc of all live sheep leaving Australia - around 1.5 million a year," Mr Enright.