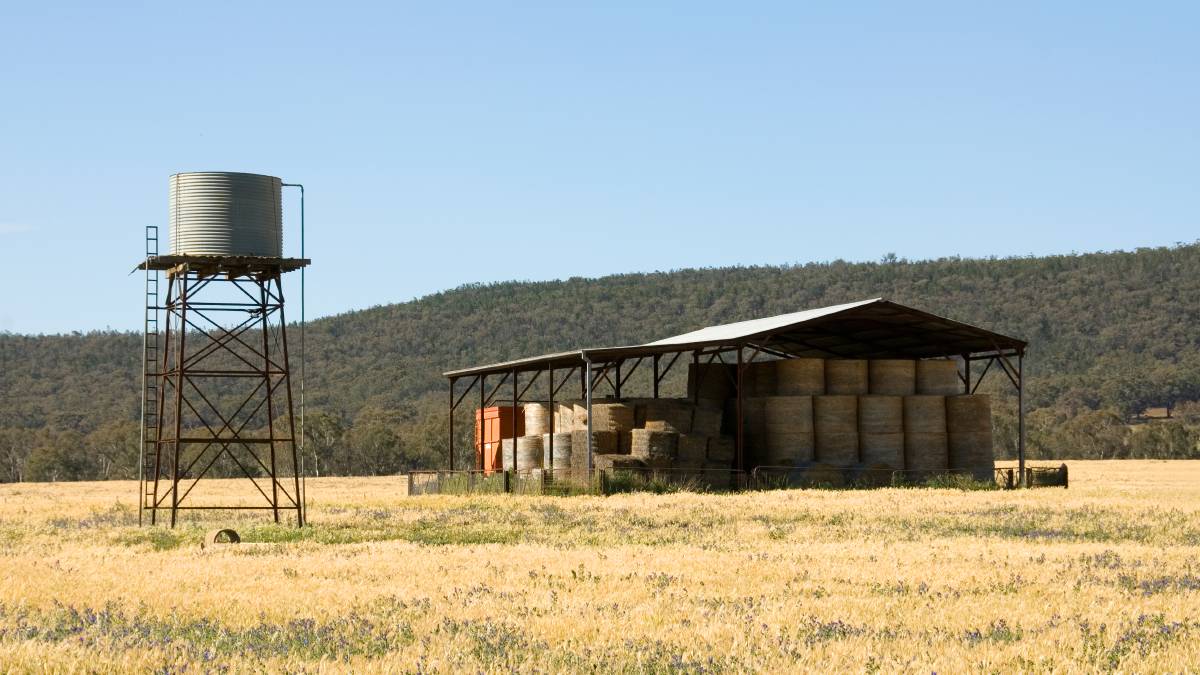 Farmers are being urged to make sure hay is properly dry before storing it to reduce fire risk.

It is set to be another big hay production year - and fire fighting officials are warning farmers to minimise the risk of haystack fires.

WITH farmers across the nation again looking at making large amounts of fodder in response to a range of stresses, including frost, excess heat and dryness a fire chief is warning that protocols need to be observed to keep down fire risk in haystacks.

The chief of Victoria's Country Fire Authority (CFA) Steve Warrington said last fire season there were a record number of hay fires across his state, in line with massive hectares cut for hay.

"Over the previous fire season CFA crews responded to close to 90 haystack fires - more than any season before," he said.

"North West Victoria was a hot spot last fire season and remains a concern for CFA this year.

The problem is far from limited to Victoria, however, with big amounts of crop going down, in particular in frost-hit regions of South Australia and in the Riverina.

Mr Warrington said incorrectly stored hay that caught alight was a drain on firefighting resources at the busiest time of year for his sector, with the long smouldering period requiring constant attention for a long period of time.

"What people don't realise is that when a haystack catches fire, it continues to smoulder over a long period and CFA crews need to continue monitoring it for several days to make sure it doesn't spread and get out of control," he said.

Spontaneous combustion, caused by excessive moisture in the hay, is one of the major causes of haystack fires.

Spontaneous combustion can occur when hay is either not properly cured before baling, or not stored to protect it from rain or damp conditions, which means moisture content in the bales is higher than the recommended level.

They are then stored in environments with high temperatures and little airflow which triggers a chemical reaction that leads to fire.

"The advice is clear and simple; cure your hay properly and then store it in multiple locations and away from assets to avoid large losses if a fire occurs," Mr Warrington said.

"If you're storing hay in a shed, make sure air can circulate around the haystacks, monitor stacks on a regular basis, check for heat levels and avoid walking on stacks in case they collapse due to internal heating.

"Please make sure to keep your haystacks out of the rain to avoid fluctuating moisture content.

He said curing properly was critical. In big hay years such as this the temptation is to get on with work to ensure it is all complete on time or before any rain downgrades the hay quality.

However, without proper curing the hay is at a far higher risk of catching fire.

Mr Warrington also advised farmers to monitor the moisture and internal temperature of their hay and to keep a check on unusual odours around the haystack such as pipe tobacco, caramel, burning or musty smells.

In terms of temperature a simple crowbar test, where the bar is inserted into the middle of a bale for two hours can help.

If it can be safely handled, continue to check daily but if it is hotter, keep check twice a day, while if gets above 60 degrees it is recommended the hay is moved to allow better airflow.

Above 70 degrees there is the risk of the haystack catching alight.

He also said to allow air to circulate in a hay storage, which meant not stacking hay right to the top of a hay shed.