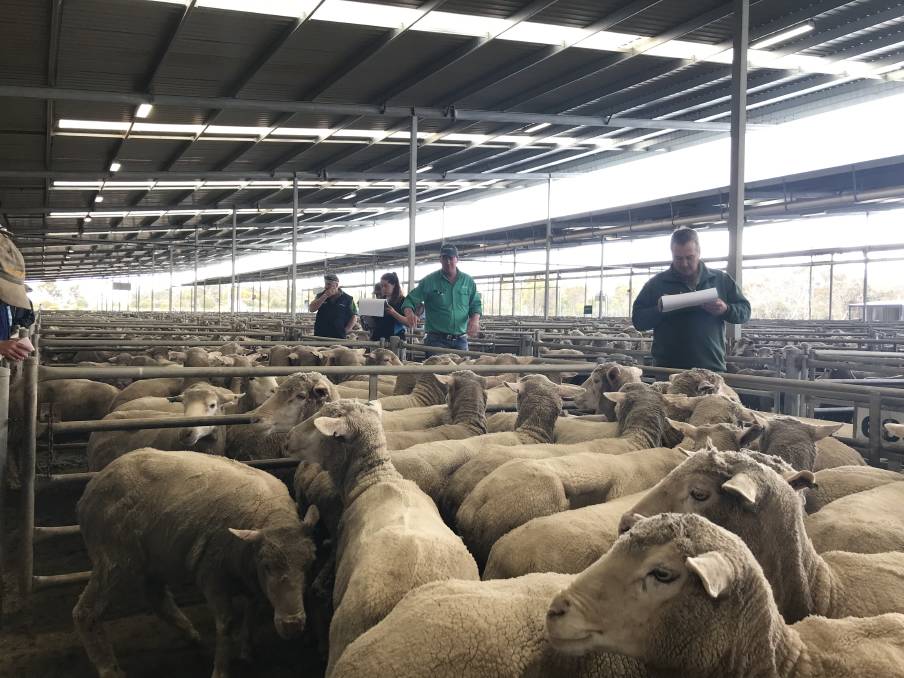 After the seasonal winter lull, sheepmeat exports from Australia to China have surged again as consumers scramble to fill a growing protein gap.

The Stock Take: Mecardo's Matt Dalgleish writes about the impact of ASF on Australian sheep producers.

African Swine Fever (ASF) has extended its reach to the Philippines, Korea and most disturbingly to Australian borders at Timor Leste.

Additionally, official Chinese acknowledgement has surfaced regarding the scale of the impact on the Chinese pork industry.

After the seasonal winter lull, sheepmeat exports from Australia to China have surged again as consumers scramble to fill a growing protein gap.

The first five months of 2019 saw significant growth in lamb consignments from Australia to China, peaking at 7414 tonnes swt in May. 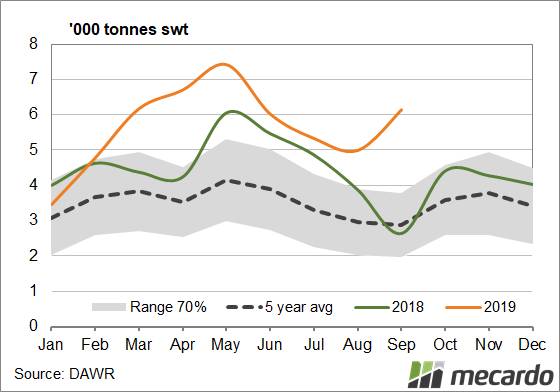 FIGURE 1: Lamb exports - China. Year-to-date, the average monthly flow of lamb from Australia to China is trending 63 per cent higher than the five-year average.

The jump in mutton flows from Australia to China were even more impressive over the September period, lifting 208 per cent from the seasonal low in July (Figure 2).

Combined, the flow of mutton and lamb to China this season is nearly at 100,000 tonnes swt and represents 30pc of our total export flows of sheepmeat this season. 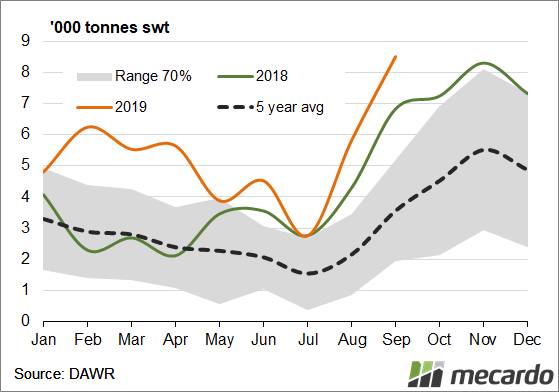 China has recently acknowledged that ASF has impacted their breeding herd with numbers down by about 35pc this year.

If their current infection and cull rate remains in place, they could see up to 200 million head of pigs taken out of their production system by the end of 2019.

This would equate to a 40pc loss in annual production, creating a protein deficit of up to 20 million tonnes cwt.

With no vaccine, ASF isn't going to go away in a hurry from the Asian region.

The disease will impact the global demand for protein for years to come.