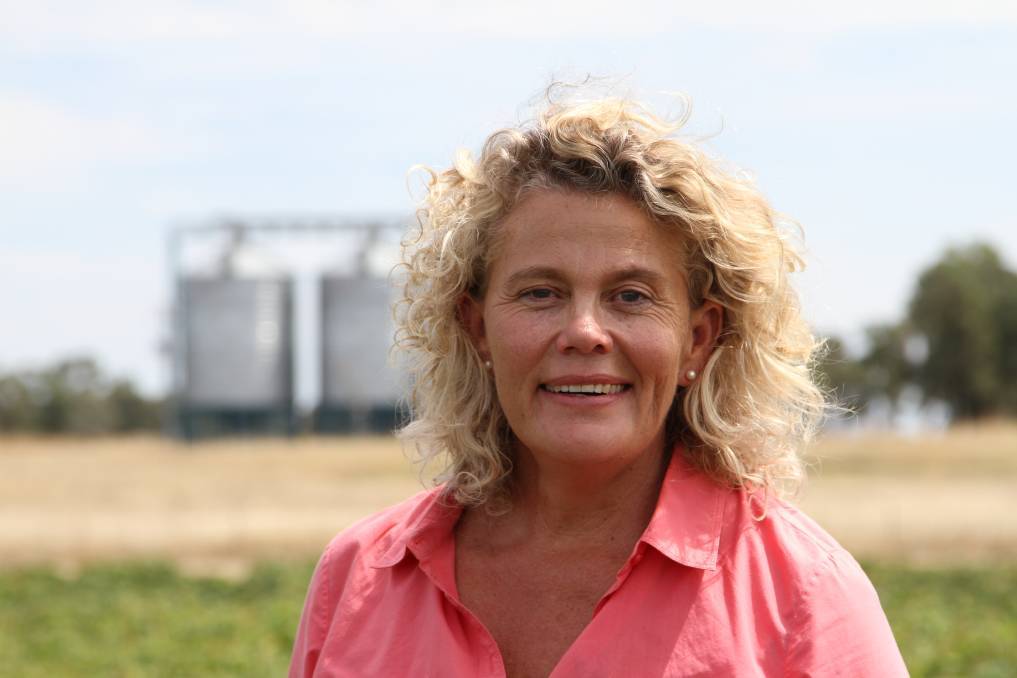 National Farmers' Federation report card finds ag sector won't reach its goal to a $100b a year sector by 2030.

According to the National Farmers' Federation agriculture is set to fall $16 billion short of its goal to grow into a $100b sector by 2030.

NFF today released the first annual update of its Roadmap 2030, which is an assessment of agriculture's progress towards its $100b target.

Each pillar is broken down against specific criteria, including making at least 50 per cent of of Australia's farm energy renewable by 2030, or doubling the number of tertiary and vocational agriculture graduates in the same time.

When launching the annual report last year, Ms Simson said NFF would use the Roadmap to hold itself and government to account over their efforts to grow agriculture.

"It's important to note that are metrics in this report that are measurable," NFF president Fiona Simson said last October.

This year's report card said to overcome the $16b shortfall government and industry had to target innovation, trade, productivity, and income diversification.

NFF gave rankings out of 10 to several metrics that are used to measure progress for each of its five pillars.

The Roadmap judged progress a five out of 10. Government's implementation of the Murray Darling Basin Plan is sensible, but said it had failed to take up recommendations from the Productivity Commission.

On the environment front, Ms Simson said some progress had been made, with a government pledge to run a pilot program that rewards farmers for good outcomes on their land, but drought policy failure remains a pressing concern. 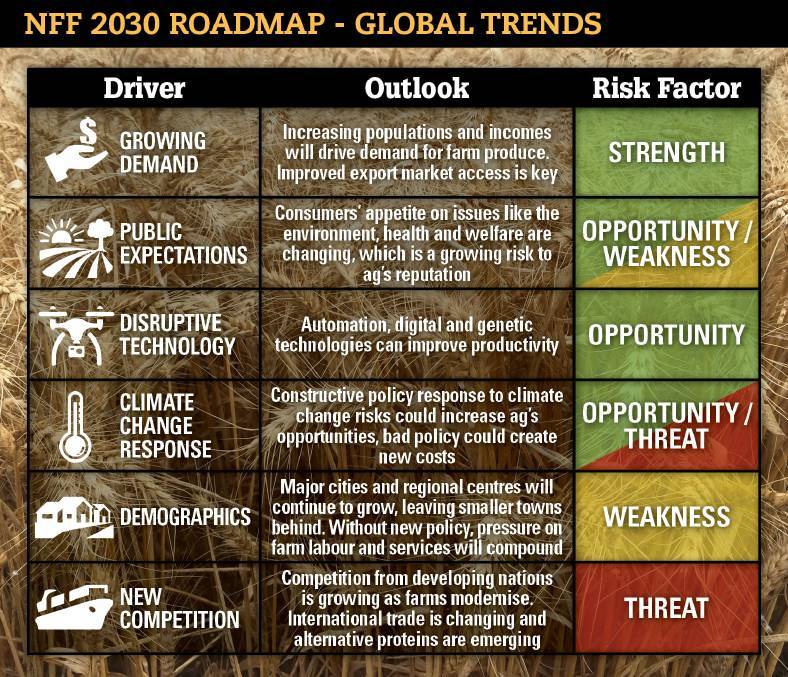 NFF's vision for farm sector growth maps out the global forces which will challenge Australia's growth.

"Despite a tough year in the bush, our industry stands committed to long-term, sustainable growth," Ms Simson said today

"We welcome an acknowledgment by Government that Australian farmers are the best environmentalists, with the investment of $34 million into programs that will reward farmers for the environmental stewardship services they deliver every day.

"Australian can go no further without a strategic and sophisticated approach to drought."

Under the Unlocking Innovation pillar, NFF ranked Australia's public and private research and development efforts 8 out of 10, and the digitisation of the value chain, as well as equal-access to research, 7 out of 10.

"Our rural research and development corporations are partnering on innovative new approaches to cross-sectoral challenges, which will be crucial for the current review into modernising the levy-based Government-farmer partnership," Ms Simson said.

However, NFF said progress on switching from fossil fuels to renewable and biofuels only rated a 4 out of 10.