A new grains industry sustainability framework will help the sector better engage with its customers onm a range of key issues. 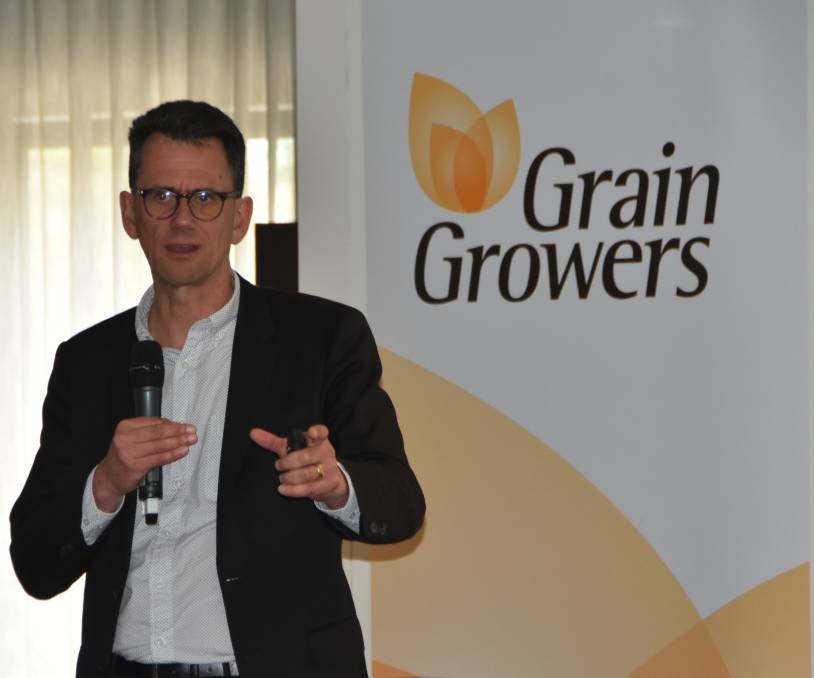 A GRAINS industry sustainability framework, titled Behind Australian Grain, has been designed to allow the multi-billion dollar industry to measure its sustainability credentials in a manner easily communicated to consumers.

Speaking at a Grain Growers summit last week Richard Boele, partner at KPMG, who helped to prepare the framework, said quantifying what sustainability meant in the grains industry was no easy matter.

In the end there have ten key themes identified, ranging from climate change to responsible use of inputs, including chemical and fertiliser use through to supply chain assurance and unlocking innovation.

The research by KPMG found the issues that rated highest for both external (consumer) and internal (farmer) stakeholders were maintaining vibrant communities and environmental stewardship, while market access was much more important to farmers than to consumers.

Mr Boele said the framework had simultaneous objectives, both to build trust and confidence in Australian grains among the wider community while also providing a clear direction for the industry about how to develop and grow in a sustainable and profitable way.

"Things like changing consumer preference, the concept of social licence, food traceability, health and provenance, they are all going to be really important considerations for the industry," Mr Jefferies said.

He said the GRDC was also conscious of not only protecting crop protection chemistry by rigourous testing for safety but was also looking for new options.

"We're investing more than we ever had into the area of non-chemical weed control."

"We need to make sure we get the message out to the public that we are looking after the nation," Ms Wallace said.

She said the first phase of NFF's social licence plan was to be rolled out this week at an NFF gala dinner.

Ms Wallace was under no illusions about the magnitude of the task, saying the disconnect between food producers and consumers had been growing.

"In surveys only 38 per cent of consumers say they are connected with how their food and fibre is grown."

"You need to find out if you have practices that are out of whack, that will see you with a photo on the front page of the paper," he said.

"You need to take note of public perception."

However, Ms Wallace said the industry needed to also stay strong in light of what she described as unfounded criticism, such as that of glyphosate.

"The health risks that have been claimed have not been proven, we've got a chance to take a stance on the international stage in favour of the technology and all the advantages it brings us."

"We've looked really hard at this one to ensure we are on the right side of science and all the data says we are.

"When you look at the glyphosate example, farmers are at the coalface, if it is dangerous it will be them and their families exposed, so that is a vote of confidence in its safety."

Mr Boele said it was difficult to win over the general public on issues such as chemical safety.

"In the past 50 years we've seen products such as asbestos and smoking, that were both formerly classed as safe, be found to be anything but safe, so general society has a bit of cynicism about safety ratings."

The grains industry framework will join a number of similar initiatives in other segments of the Australian agriculture sector, including dairy, cotton, beef and eggs.