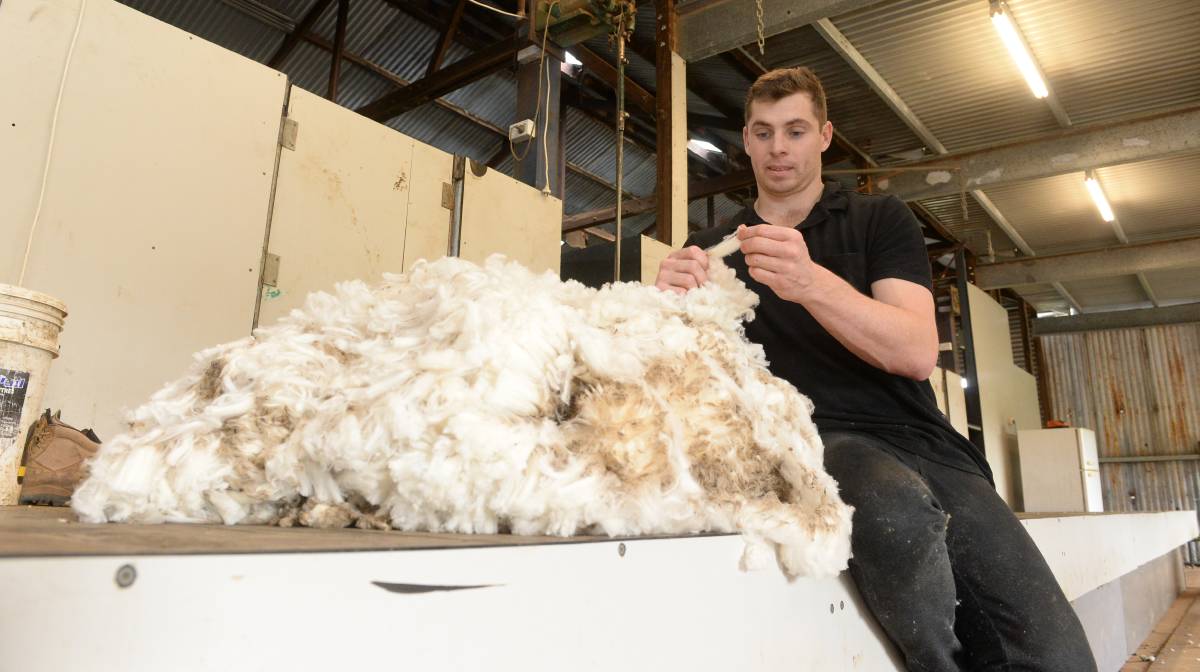 WHAT WILL IT BE WORTH TOMORROW?: The benchmark Eastern Market Indicator shed 27 cents a kilogram at today's sales in Melbourne and Sydney.

Volatility in the wool market continued at today's sale with the benchmark Eastern Market Indicator losing 27 cents a kilogram clean.

The dipsy-doodle auction wool market went into reverse today with the Eastern Market Indicator (EMI) losing 27 cents a kilogram to close at 1516c.

Western Australian growers were in no mood to cop the slide in prices with the pass-in rate hitting 23.6pc at Fremantle on a catalogue of 4450 bales.

Merino wool 18.5 micron and finer were most affected by the falling market in Fremantle, dropping 60 to 70c. Wools 19 micron and coarser sold at levels 45 to 55c below the previous sale.

The damage wasn't as bad in Sydney with 17.5 micron and finer micron price guides experiencing only a minor price adjustment due to an increased selection of superfine and best style wools offered as part of this week's designated Australian superfine auction.

Merino skirtings ended the day 30-40c lower across all microns and descriptions.

Down south in Melbourne the market opened 30-40c easier on last week's close.

The market maintained these new levels through to the last hour before a late surge saw 19 and finer wool's rebound to last week's level.

The pass-in rate in Melbourne reached 16.pc on an offering of 8617 bales. The Southern Indicator lost 27c to close at 1500c.

Tomorrow 19,846 bales are rostered for sale at Sydney, Melbourne and Fremantle by AWEX.