Total sheep numbers are expected to increase in New Zealand by 0.3 per cent to 27.39 million head. 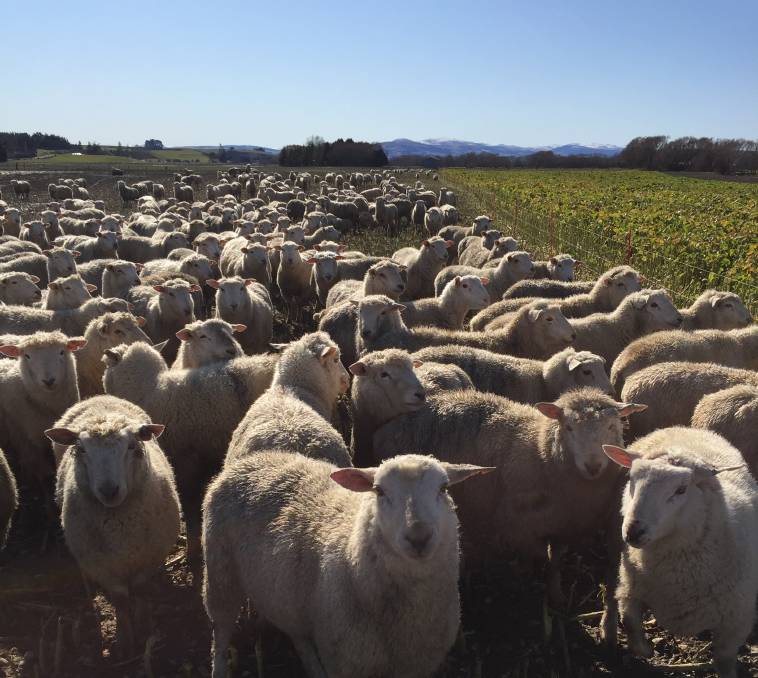 NEW ZEALAND is expected to see an increase in their total adult sheep flock for the first time since 2012, according to a recent report by Beef and Lamb New Zealand.

Over the last two decades, there has been a decline in sheep numbers across the key categories of breeding ewes and the lamb crop (Figure 1).

The 2019 stock number survey shows that total sheep numbers are expected to increase by 0.3 per cent to 27.39 million head.

Despite the increased total sheep flock, breeding ewe numbers remain in decline, dropping a further 1.1pc on the 2018 levels to hit 16.97 million head.

Although, this is nearly offset by the decline in breeding ewe and lamb numbers.

Analysis of the year on year percentage change shows that you would have to go back to 2015 to see an increase in the lamb crop and back to 2006 to see a lift in breeding ewe numbers.

The steady decline in the breeding ewe flock in New Zealand signals that producers in the "land of the long white cloud" are still favouring beef and dairy enterprises above sheepmeat and wool. 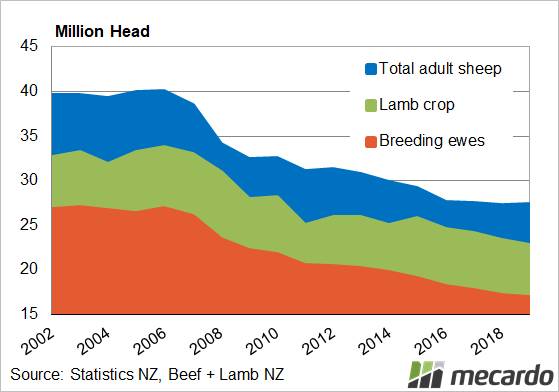 The New Zealand beef herd is expected to grow 2.6pc over the current year to reach 3.82 million head. (See figure above).

The New Zealand beef herd began to increase in 2016 after a twelve-year decline from around 4.60 million head.

While the New Zealand producer continues to favour cattle over sheep it is unlikely that the market access Australia enjoys into our key sheepmeat export markets will be challenged by New Zealand in any significant manner in the coming seasons.