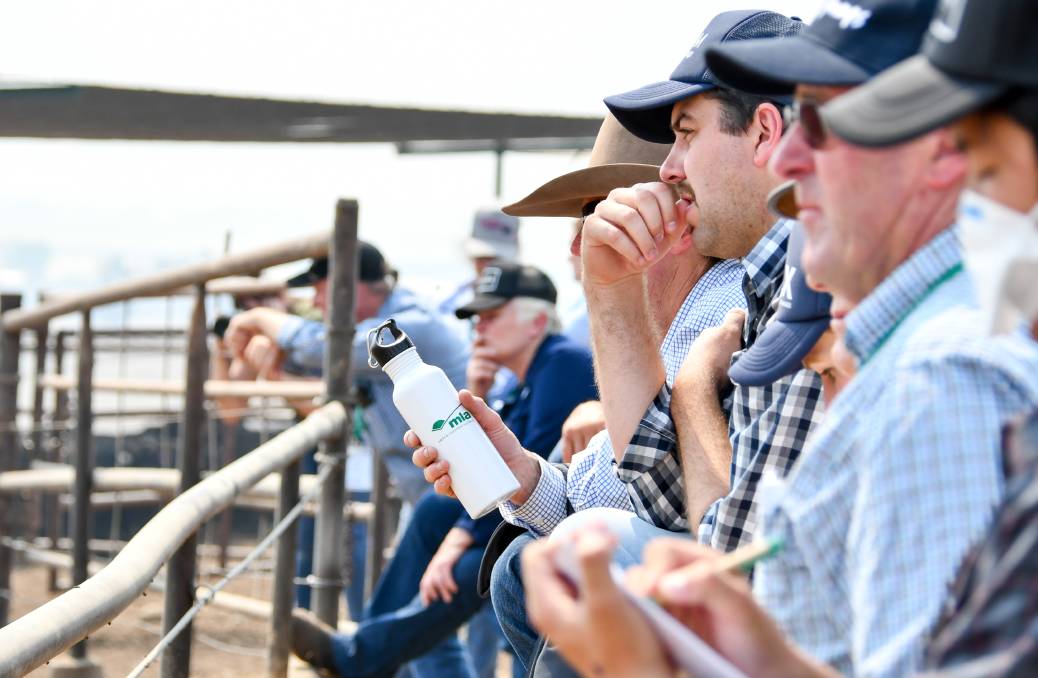 ON THE GROUND: Producers visited the Elders Killara feedlot near Tamworth as part of the MLA-hosted Red Meat 2019 conference this week. PHOTO: Lucy Kinbacher

VEGAN activism, alternative proteins, rising retail prices of red meat and a major shift in mindset within the industry's leadership were key topics the managing director of Meat & Livestock Australia tackled head-on in his first address to the organisations' annual general meeting.

Eight months into the job, Jason Strong says those topics dominate the common questions he has been asked as he travels and speaks to producers.

MLA held its AGM yesterday as part of the three-day conference Red Meat 2019 in Tamworth.

The week before Mr Strong took up his role with MLA, footage of a hundred animal activists invading the Lemontree Feedlot was doing the rounds.

"In my first week, the internet was flooded with the co-ordinated animal activist protests across Australia. Abattoirs were stormed and Melbourne's busiest intersection outside Flinders Street Railway Station came to a standstill," he said.

"With such public displays of activism against our industry, it's easy to think that our industry is under attack, this year more than ever."

The facts, however, paint a different picture.

"While anti-meat extremism has recently spiked in news headlines, 80 per cent of that coverage has been favourable towards red meat producers," Mr Strong said.

"We're seeing the general public are fed up with extreme animal activists. The public has joined the call for jail sentences and fines for farm invaders. The public stood shoulder-to-shoulder with our industry applauding when the trespass laws were passed to punish such outrageous actions." MLA research continues to confirm that red meat producers are trusted by consumers.

Data presented throughout the conference showed 61pc of consumers feel that producers make a positive contribution towards society and nearly two-thirds say the industry's animal welfare practices are good or very good.

The bottom line, says Mr Strong, is there's no evidence of any tidal wave of consumers turning to veganism.

The number of urban Australians who identify as vegan or vegetarian has also hit a plateau at 7pc. More than three-quarters of that 7pc regard themselves as flexitarian - someone who occasionally eats meat.

Rising red meat prices at the checkout is something to be celebrated, Mr Strong argues.

"Increasing the value of our product is what it's all about, especially when those returns filter all the way back along the supply chain," he said.

"Consumers are seeing value in the beef they buy. Results from our recent 'Australian Beef the Greatest' campaign show a growing number of consumers are 'willing to pay more for beef.

"On the health front, red meat is considered the most important protein source for iron and zinc."

Plant-based proteins have also received a lot of air time this year.

They aren't new but what is new are these alternatives seeking to mimic the experience of eating red meat - its taste, its smell and its appearance - but without the perceived animal welfare or perceived environmental impacts, said Mr Strong.

"What's also new are the cell-based products that are grown in a lab, rather than in a paddock," he said.

MLA's market research indicates there's low consumer awareness of cultured and synthetic meat and only a modest number would like to try these products.

"Only 5pc of Australians claim to eat plant-based proteins, like tofu, on a weekly basis. According to the ABS's nutrition surveys, red meat is Australia's favourite protein source by value," Mr Strong said.

He pointed to global mega trends showing health and wellbeing, and a preference for natural, quality foods from trusted sources, as being increasingly important to consumers. Coupled with this is strong consumer interest in provenance and production, he said.

"Makers of lab-grown meat and plant protein products will have a much tougher job to make these same claims."

Given the overhaul of the Memorandum of Understanding, heightened interest in industry structures and the most recent review announced by the Minister for Agriculture into the rural RDCs, it was 'review central' in the red meat industry this year, Mr Strong said.

The industry ambition to double the value of Australian red meat sales was creating a 'major shift in mindset at a board and senior management level at MLA,' he said.

"We know that as a service provider to the industry, delivering on the industry vision for 2030, will require change in the way we operate," he said.