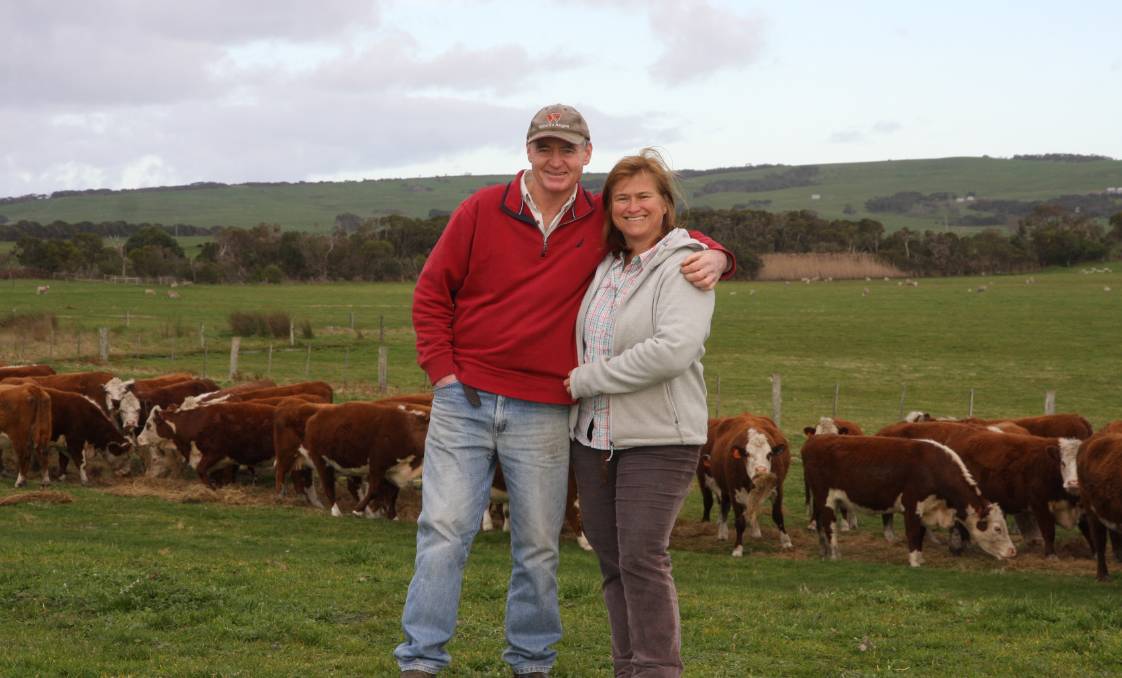 How to talk animal welfare, carbon reduction and deforestation with the bloke on the street.

SINCE 2005, Australia's beef industry has reduced its emissions by 56 per cent.

On the animal welfare front, 82pc of the national herd is now vaccinated for clostridial diseases, new pain relief products have been launched in the past few years and producer uptake has jumped to 15pc and poll gene prevalence is sitting at 86pc of the herd, removing the need to dehorn.

In feedlots, 39pc of operators have voluntarily implemented an antimicrobial stewardship plan after only one year of the guidelines being released.

These are facts every cattle producer should be able to reel off by heart, says Victorian beef and sheep grazier Jenny O'Sullivan.

They were collated by the innovative Australian Beef Sustainability Framework, which Mrs O'Sullivan describes as the beef industry's way of 'getting science-based facts on the table.'

Every farmer has to be saying to society: "Let us tell you what we are doing to improve the planet," she said.

Mrs O'Sullivan spoke on a sustainability panel at the big industry conference Red Meat 2019 in Tamworth this week. With her husband Paul, Mrs O'Sullivan runs breeders and ewes at Malabar Farm, South Gippsland, and is one of the country's most prominent advocates of sustainable, productive agriculture. Their farm has also ventured into agri tourism in recent years.

"We've supported three different families on our property and I'm proud of what we do but at the moment I also feel under threat," she said.

"Almost daily in the news, disasters are attributed to eating too much meat.

"Livestock graziers look after 54pc of Australia's land and we are part of the solution.

"People have to hear about the work we are doing with good management - improving the land, the soils, reducing emissions."

The single largest opportunity for the red meat industry was in transparency, Mrs O'Sullivan said.

"There are so many half truths out there. We need the proper facts and to be honest about what is happening and when we do stuff up we need to deal with it and learn from it," she said.

"This framework is our way of saying what is actually happening."

The conversations had to happen with those 'giving us a hard time' as well, Mrs O'Sullivan said.

Already, doing that was paying off.

She cited an example last year when the World Wildlife Fund launched an 'earth burger' in Japan with the message 'don't buy meat from Australia or Brazil due to deforestation.'

The sustainability framework's representatives were able to change that by demonstrating the environmental stewardship work Australia was doing.

Satellite monitoring of ground covers have proven many of the deforestation claims doing the rounds are simply not true.

Demonstrating sustainability was critical to all red meat businesses, from the paddock to the plate, and was the job of all along the supply chain, Mrs O'Sullivan argued.

Seen to be done

But not only does sustainability have to be done, it has to be seen to be done, she said. Sustainability is a global megatrend that is here to stay; a sustainability promise needs proof and businesses that behave sustainably will win, she said.

Why is sustainability so big now?

It has to do with the fast-growing desire to fight for fairness, Ms Hyland said.

The marriage equality plebiscite was a tipping point in Australia and the course has been further fueled by things like disillusionment with big institutions, such as in the aftermath of the Royal Commission into banking, she said.

"Consumers want to understand everything about your business and what you stand for," she said.

"Taking a stand is the new part of a brand."