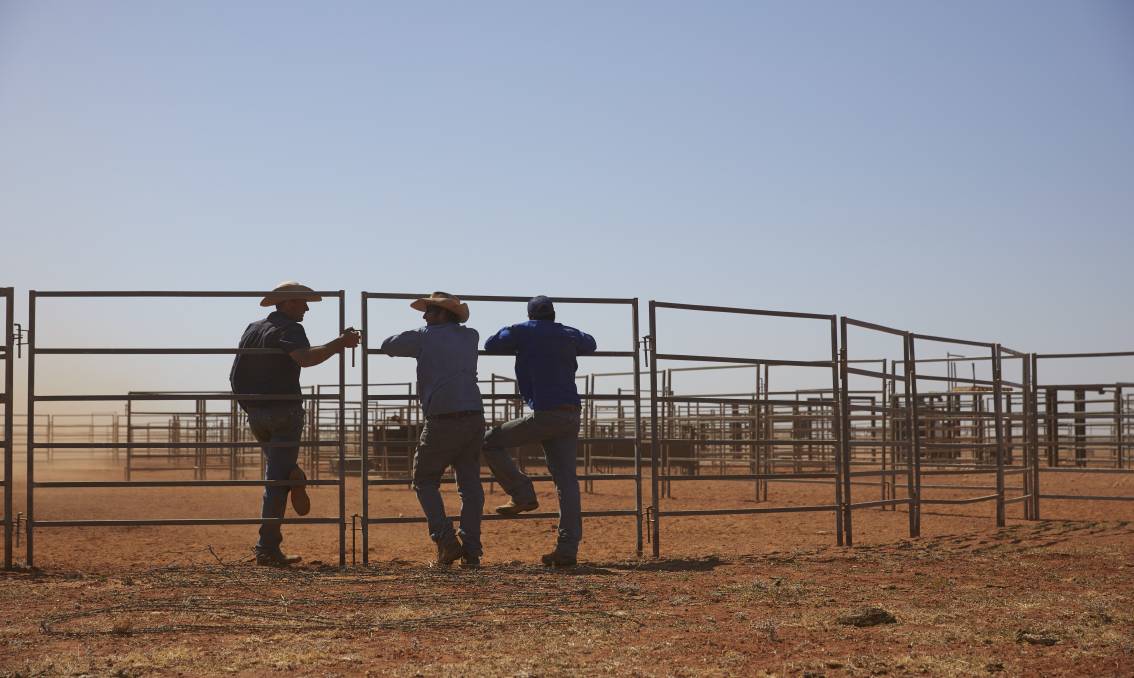 Ten years ago experienced Queensland cattlemen Bill and John Speed took a big step outside their comfort zone in more ways than one.

Looking to have more control over the cattle they were selling, they decided to venture into breeding, having been steer buyers and fatteners all their lives.

And, because it was where the opportunity lay at the time, they bought country a long way west of their central Queensland grass properties and feedlot - into the Northern Territory.

It was low-rainfall desert country that they weren't familiar with and few people they knew were.

Today, the brothers describe it as they best move they made.

So long as you have faith in the long term beef game, and a passion for it, then taking opportunities where they present will pay off, John Speed says.

"I'm nearly 60 now and have been in beef all my life. At the moment, we're making the best money out of cattle we ever have and I can't see it going backwards," he said.

"That's a leap I believe is permanent. The demand is just so strong for Australian beef." 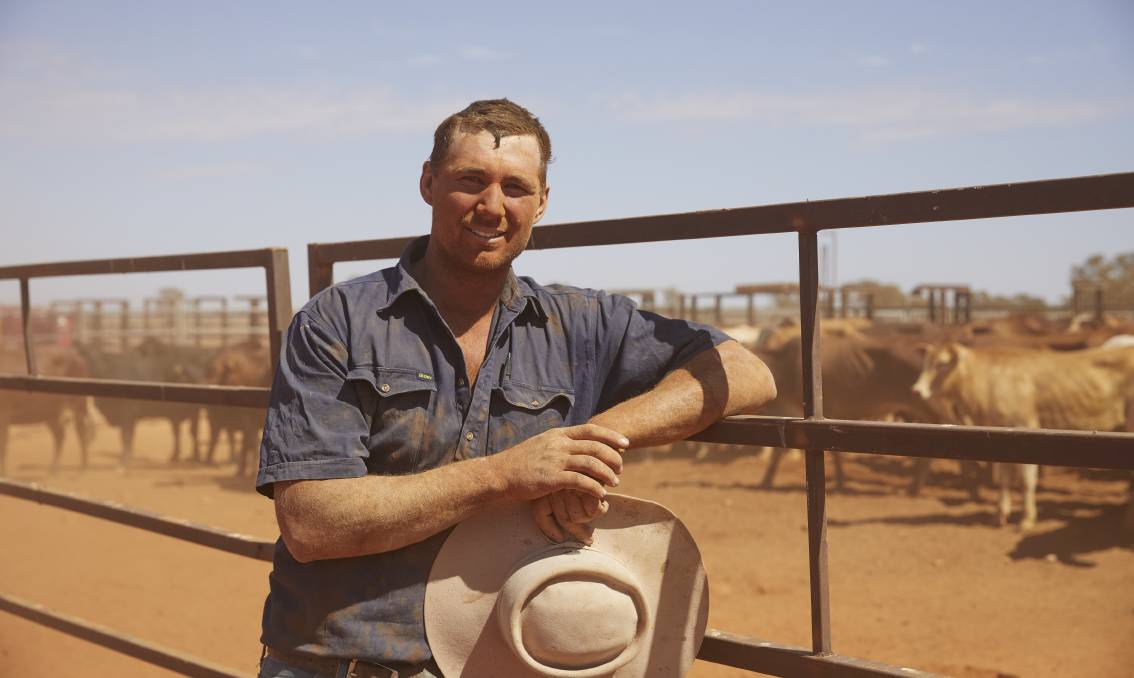 John and Marg Speed, with sons Ben, Jack and John and daughter Sally, and Bill and Gretchen Speed, with sons Bob and Tommy and daughter Emily run Brigodoon Cattle Company. It's breeding properties span 1.2 million hectares across Talton Downs and Tobermorey Station on the Territory/Queensland border and Linda Downs nearby in western Queensland.

The move into breeding, John explained, was borne out of the desire to influence both the genetics and the supply of the cattle available to the Central Queensland fattening and lotfeeding operations.

"We breed for marketability," he said.

"Growth rate is a big thing but it's the scope to have a beast saleable at any particular time in its life that is the real driver.

"Plus we've been ruthless on fertility, we've worked at that hard. That's where the profit is."

The breeding country is currently running 30,000 head, with the herd predominantly Santa Gertrudis. 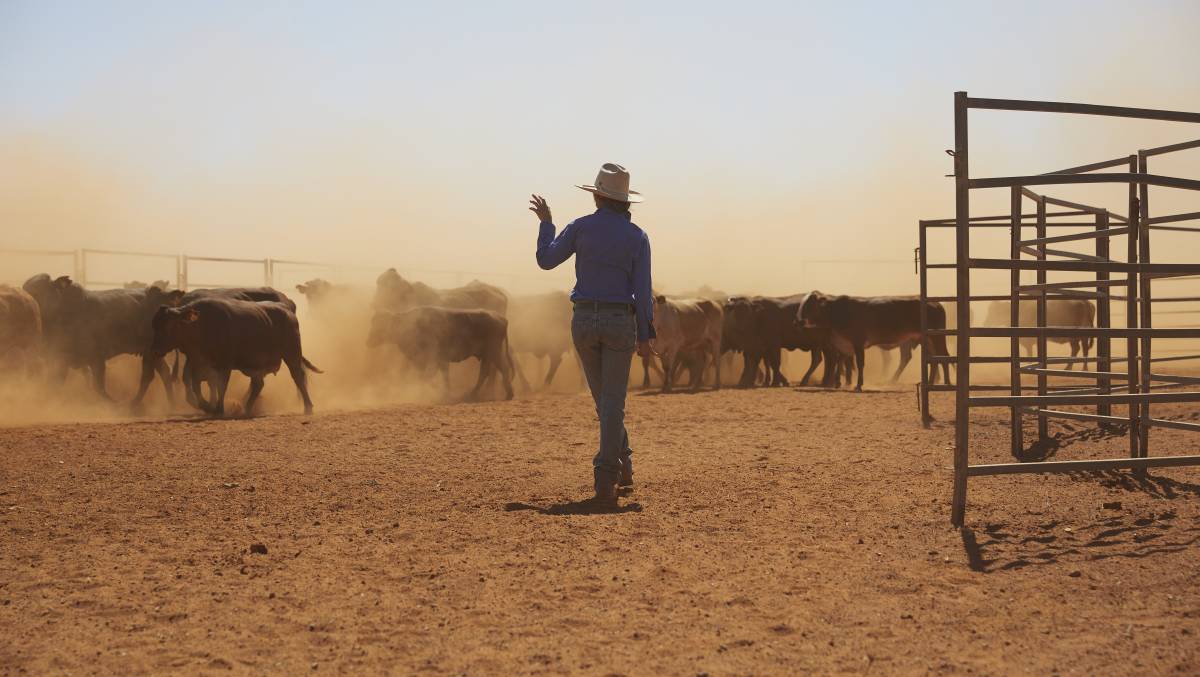 PRODUCTIVE: Cattle on Tobermorey Station in the Territory.

Weaner steers and cull heifers are trucked east, generally at 250 to 300 kilograms, to be grass fattened or 100-day grainfed to supply Kilcoy and JBS. Most of it goes overseas, largely to Korea and Japan.

Cull-for-age cows and non productive cows are fattened in the Territory.

The Speeds also sell to the live export market, mostly for shipments to Vietnam and generally two-year-old steers or mickey bulls.

Decisions on how many go to that market are made as per what the market is paying but Mr Speed said it was growing as a percentage of the business. This year around 15 to 20pc went that way.

It's been an above-average season at the breeding properties.

In March, floods covered all the country, causing huge damage but the good outweighed the bad, Mr Speed said.

"We're still operating off that and it will get us through until February, although that won't be the ideal," he said.

"Before that, it was very ordinary. We were shifting calves under 100kg east."

Not many people realise how highly productive the Territory country can be, Mr Speed said.

The Speeds say the biggest battle in beef production has always been the weather but outside that, they see keeping the live-ex trade going as a key challenge.

"The stopping of live-ex in 2011 was the single worst thing that's ever happened to this job," Mr Speed said.

"Live-ex is like having another abattoir in town. It secures competition. It's vital for northern producers."

Bob Speed graces the front cover of the 2020 NAB agribusiness calendar, a prestigious article that celebrates stories of resilience, intergenerational success and the ability to thrive in the face of adversity.

"Each month, the calendar highlights businesses that have outsmarted adversity, built strong business foundations through the generations or remained successful by developing new strategies to meet changing demands and challenges. One thing many have in common is a belief that doing things as a family, often over the generations, is the key to agribusiness progress and longevity," Mr Findlay said.

For Andrew and Anna Raff, the motivation to move over 500 prime Angus seed stock, their four kids and Andrew's parents, David and Jill Raff, from Queensland to King Island, Tasmania, was one thing: rain. In Queensland, the Raff's business model was three years of labour, feed and genetic investment for a one-day-a-year bull sale. The cost of production restricted their future as much as the irregular Queensland climate. Planning and budgeting were all but impossible. Since arriving in Tasmania in 2015, the Raff's have prospered. Their herd has grown to 850 breeding stock. Their farm will be certified organic by 2021.

Nick and Vicki Sher, meanwhile, are among Australia's first Wagyu producers. Initially only selling to Japan, in 2003 the Shers started expanding into other Asian and United States markets, and have been selling domestically since 2006. PIONEERS: Nick and Vicki Sher with their Wagyu cattle.

They have spent countless hours developing their Wagyu brand, which is now marketed into 14 countries, while also raising three children on their home farm at Ballan and dealing with drought, currency fluctuations, market access issues and other challenges. That determination has seen Sher Wagyu progress to own three farms and employ 10 full-time staff.

Sponsored by
A fictitious foot and mouth disease outbreak was triggered across three woolgrowing properties in southern New South Wales late last year to see how the industry coped.
Test
The long-time member of the board of ABCRA was killed on Saturday night.
Test
Bega Cheese has finalised the acquisition of the Lion Dairy & Drinks business.
Test
Fanny Lumsden released her album into the world in the wake of devastating bushfires and on the brink of a global pandemic. Now, it's given her five Golden Guitar Awards.
Test
"The industry feels like we've been lucky, and our fear is that our luck will run out."
Test
After a sharp rally, markets invariably fall, and that process began on Friday.
Test
Reith Parker takes up the reigns at red meat's umbrella organisation.
Test
Tasmanian farmers have benefited from a specialised irrigation coaching program led by the Tasmanian Institute of Agriculture (TIA).
Test