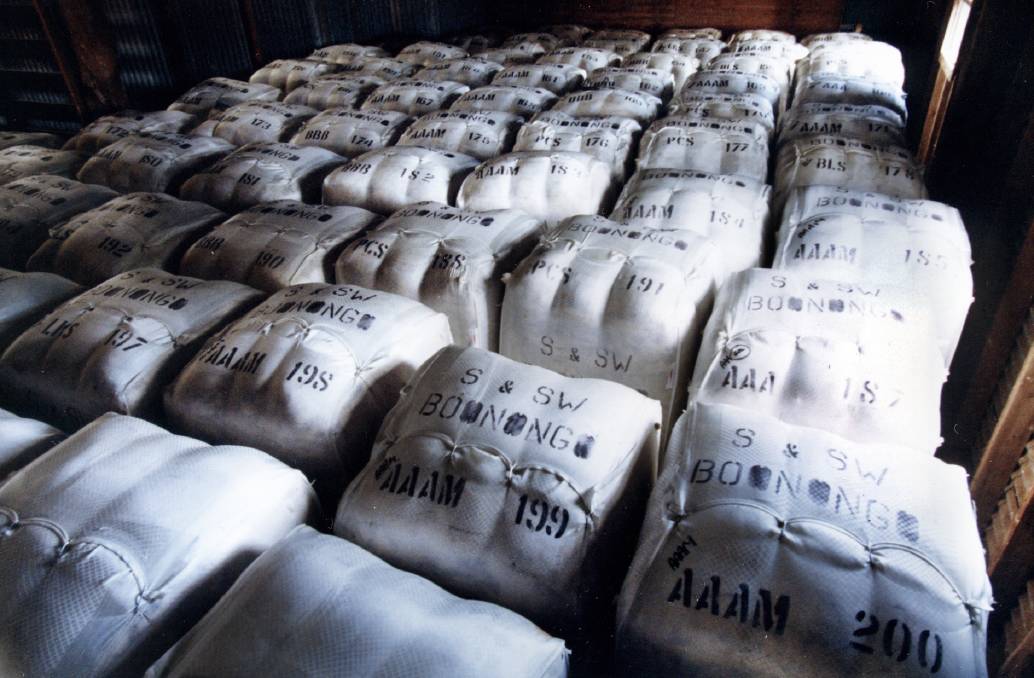 The Eastern Market Indicator fell by 25 cents a kilogram for better or worse last week.

Just when people thought they had the wool market cycle worked out, we got a second straight week of falls to confound the pattern followers.

Just when people thought they had the wool market cycle worked out, we got a second straight week of falls to confound the pattern followers.

Recently one week up, one week down was the almost monotonous repetitive cycle of the wool market, but despite prices being cheaper, business in the major early stage markets was hard to find and so the Australian market drifted down for the second week in a row.

As has become the norm, the lower quality wools had no friends and dragged down the indicators, whilst the good quality wools were almost unchanged in price.

This does present the trade with problems when discussing market prices with overseas customers, who perhaps because of second language problems or just ignorance of the facts, feel that all wool categories move as the headline numbers do.

Nothing is as simple as it seems on the surface, and whilst it may suit the argument for a buyer to be talking cheaper prices, the facts around the price movements for the better wools can be very different.

Nevertheless, the headlines showed the Eastern Market Indicator falling by 25 cents a kilogram for better or worse last week.

Not a drastic fall, but the second fall in a row and this has some people a little perplexed.

Supply is obviously still tight, but the "pile" of wool (not large enough to call a stockpile) in broker stores awaiting selling instructions presumably in January, is keeping those supply demons at bay.

Demand is simply too lacklustre for retailers to place orders en-mass.

Cyber Friday, Mad Monday and every other machination they can dream up will hopefully get enough stock moving for the retail trade to feel comfortable to place orders for the 2020/21 season shortly.

The manufacturing sector is simply not geared up, nor able to function on a short time frame in a seasonal manner.

They obviously need to continue to run machinery throughout the year, and do not have the capacity to produce everything in a two month window.

Every retailer thinks they will be able to find a production slot when they want it, but the later they leave their order, the less likely this becomes.

Plenty of other agricultural sectors face seasonal crunch times, but given that wool is not a perishable product, it has been following a well-established processing path for many, many decades, albeit with a relocation of some processing capacity, the current reluctance of the downstream partners to place initial processing orders is frustrating everyone back along the pipeline.

It is in part caused by a reluctance to "pick" the market, and those people living in spreadsheet world running business decisions, rather than those at the coal face making decisions - that still seems to be getting the banking industry into a world of pain.

Inventory control and cash-flow management are often touted as reasons not to purchase early, but given the existing management tools such as basket contracts and flexible delivery times available in the wool pipeline, that seems a fairly lame excuse by the bean counters.

Similarly, the forward market allows price protection to be used as a hedge for those who do not, or cannot understand the trends of market prices.

The well meaning, but short-sighted purchasing managers will collectively create more market volatility and price premiums as they push back their purchasing decisions further and further.

Perhaps the proof will be in the proverbial pudding for those who make their decisions early and obtain the best pricing and flexibility from their suppliers, while those who wait like sheep will pay higher prices.

Or will we see retailers dictate terms to customers and suppliers until something breaks in the system?

Of course, the simple solution is to move away from the traditional seasonality of the production cycle and to a degree wool is doing this admirably.

Both through smaller production entities with online retailing and promoting those lines of the product which are trans or counter seasonal.

Footwear, with the exception of gumboots tends to be very trans seasonal, and not many would have acknowledged the possibility of the number of sales of Merino sneakers et al being sold now, when only 10 years ago it was just an innovator's dream.

The lightweight functional performance garments running out the door in their thousands has much more to do with the timing of events such as the Boston marathon than the onset of winter these days.

Marketing of the 'alternative' uses for Merino wool has never been more important, to not only increase overall demand for wool consumption, but also to even out the production demands to ensure the survival of the processing fraternity.

A side benefit might even assist growers by reducing the boom and bust cycle, which inevitably results from this build-up of calendar driven demand.

So, in the meantime the wool market will swing upwards again for a week or two as the Chinese trade steps back in and supply tightens up.

Whilst there is a bit over 40,000 bales on offer across Australia this week, South Africa has collectively decided to cease auctions until January to allow some of the backlog of wools to clear the shipping system.

Argentinean growers are holding their breath, and their wool pending a new president taking the reins on December 10.

Meanwhile that "other" president up in DC is telling everyone that a trade deal is almost there, despite the US Congress poking the bear with a sharp stick by passing a couple of bills concerning Hong Kong.