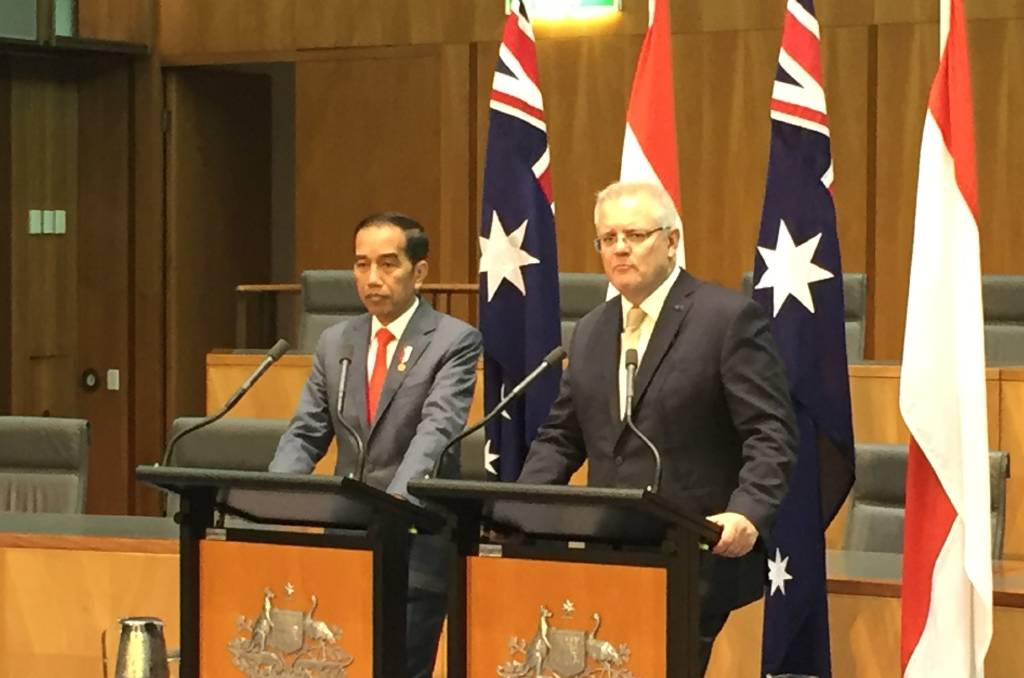 The new agreement with Indonesia would "unlock the economic potential" of the world's fourth largest country by population for Australian farmers.

The free-trade agreement has officially been ratified, with both parties agreeing to a 100-day timeline to put the plan in place.

Mr Morrison said that the deal would "do more than make trade easier".

"It will open the door to new economic opportunities and forge more partnerships between our businesses and farmers," Mr Morrison said.

"There is enormous untapped potential for both nations that we have recognised and we are determined to unlock this."

At the moment, the two countries are each other's 13th largest trade partner, but the new deal would change that, Mr Morrison said.

Indonesian president Joko Widodo addressed the parliament on Monday and opened with a "g'day mate", which was well received.

Mr Widodo said the two countries were always "destined to be close neighbours".

"You cannot choose your neighbours, but you can choose your friends - Australia is Indonesia's closest friend," he said.

Mr Widodo said together Australia and Indonesia would become "anchors for the Pacific region", with Indonesia predicted to become a trillion-dollar economy by 2050.

"Together we will create opportunities and develop new centres of economic growth."

However, under the new deal there is an agreement for a 500,000 tonne quota, which will grow year-on-year after introduction, and can be a mix of barley, wheat and sorghum.