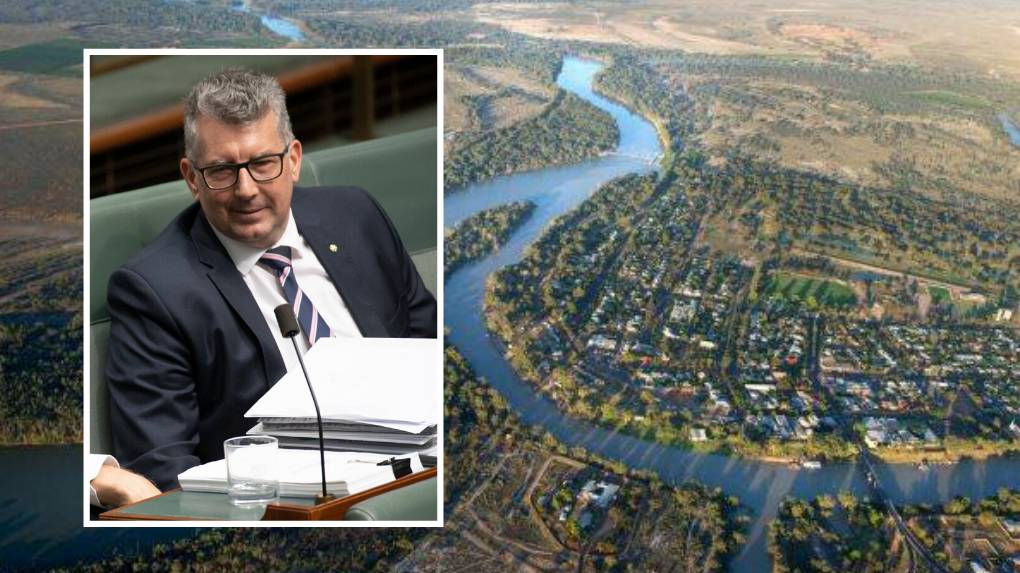 FRESH EYES: New Water Minister Keith Pitt says living outside the basin could be to his advantage.

"He can be from the moon for all I care, as long as he does a good job."

IT'S hoped new Water Minister Keith Pitt will come to the role "without the baggage" of living within the Murray-Darling Basin and bring "fresh eye" to the contentious issue.

The Hinker MP represents the coastal Queensland region around Bundaberg and is the first Water Minister to represent an area not within the Murray-Darling Basin since the water portfolio was split from agriculture.

However, Mr Pitt dismissed concerns about not living in the basin and said it could even be to his advantage.

"I come with a fresh perspective and I can't ever be accused of bias," Mr Pitt said

"My priority is to get out in the basin to spend time listening to people about their concerns and what we can do to practically help them as we implement the plan."

Yemda irrigator Chris Morshead said as long as Mr Pitt was "willing to listen and learn", it didn't matter where he hung his hat.

"He can be from the moon for all I care, as long as he does a good job," Mr Morshead said.

"It would be a bit selfish to demand that they be from one certain part of the country."

Mr Morshead said at the moment, there was a lot of tension between valleys, and even within valleys.

He wants to see Mr Pitt "bringing everyone back to the same page".

"I'm certainly hoping that he will come without the baggage [of living in the basin]," he said.

"I'm hoping he'll be able to steer the debate back into civil territory. I don't want to see a minister bowing to noisy minorities."

National Farmers' Federation president Fiona Simson said "in some ways it could be a positive" having a minister from outside the basin.

"Sometimes people in the basin have a fixed view," Ms Simson said.

"Someone from outside the basin brings fresh eyes, which could be a huge positive.

"Clearly, the plan is intrinsically complicated and we're looking forward to briefing the minister as soon as we can."

Mr Pitt, a former technical engineer, said he had "practical local experience" in dealing with water and would bring that knowledge to the role.

"Water management is an issue in almost every electorate, including in my electorate of Hinkler in Queensland," Mr Pitt said.

"The drought has very much demonstrated that.

"I look forward to working with federal, state and territory colleagues on the challenge of managing and sharing water."