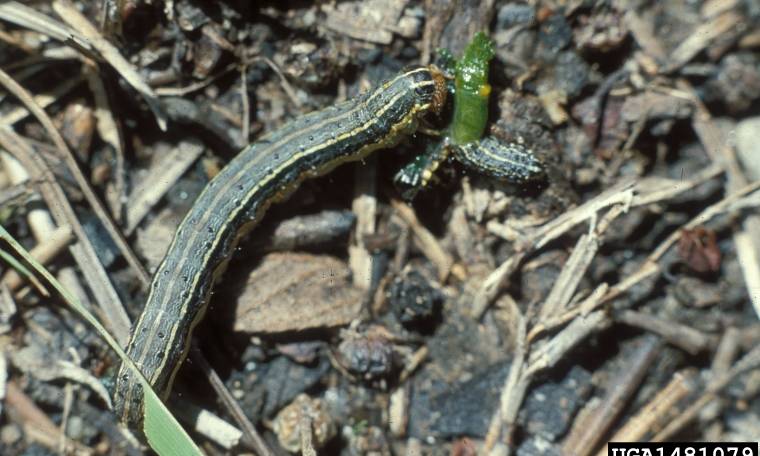 The fall army worm can cause devastating damage in a number of crops in its caterpillar stage. Photo: Frank Peairs, Colorado State University, Bugwood.org

The devastating crop pest fall army worm has been detected on Australian shores - but it is yet to make the mainland.

A RESEARCH scientist with pest monitoring organisation Cesar has warned the chances of the exotic pest fall army worm making its way to the Australian mainland will be extremely high if it is found in high numbers in Torres Strait where it was detected recently..

The Department of Agriculture Water and the Environment confirmed fall army worm had been officially spotted on the northern Torres Strait islands of Saibai and Erub, but it has not yet been found elsewhere.

James Maino, Cesar, said one of the biggest problems in controlling fall army worm, a massively costly pest in North and South America now doing significant damage in sub-Saharan Africa, was its ability to disperse quickly.

"This is a pest that can move swiftly from Texas in the south of the US right up into Canada so if it is found to be in Torres Strait in meaningful numbers it is not going to find making the hop to mainland Australia that difficult."

Fall army worm damages many crops in its caterpillar stage, including most grass crops such as sugarcane, wheat and corn.

It can also severely damage fruit and vegetable crops.

"In grain crops you can see damage of up to 50pc," Dr Maino said. 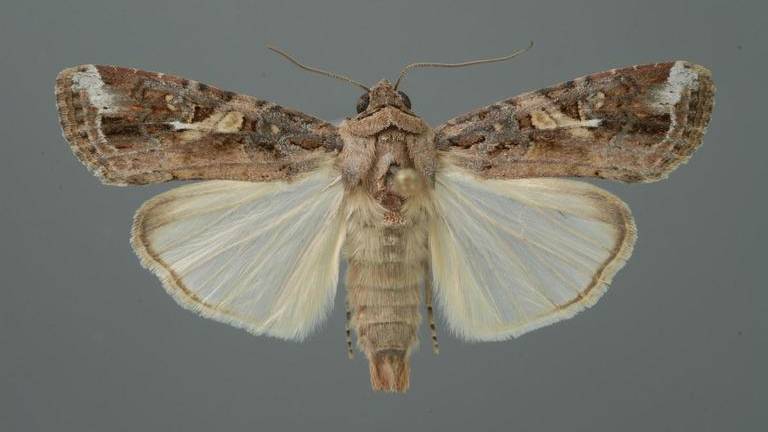 In Australia, the Grains Research and Development Corporation is setting up a program to ensure the grains sector is prepared for a potential fall army worm incursion.

"In recent years its range has spread, firstly to sub-Saharan Africa and then to China, it is definitely moving with trade and human travel."

Dr Maino said it was yet to be determined whether the specimens caught in the traps in Torres Strait were outliers or part of a larger population.

"Hopefully they are just a couple of isolated examples but it shows the importance of investing for preparedness."

Dr Maino said the fall army worm is a different genus to the army worm, found here already and can be a pest in both broadleaf and cereal crops.

However he said there were similarities and many of the insecticdes effective on army worm also worked on fall army worm, although there are issues with efficacy with BT (Bacillus thuringiensis) based products.