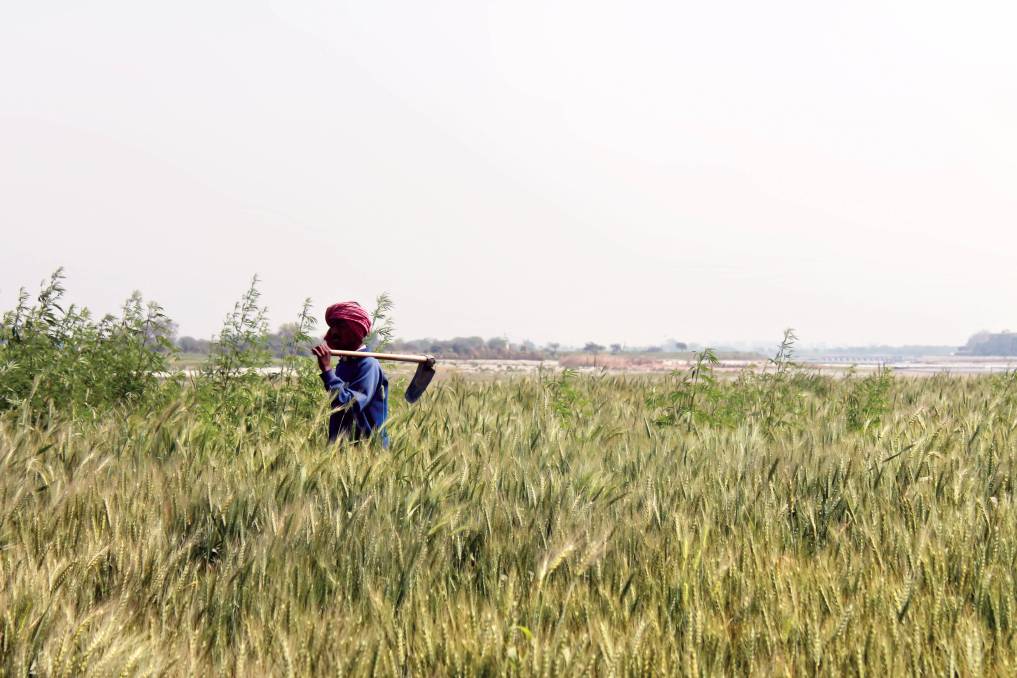 Last week, the Indian Agriculture Ministry released its grain production forecasts for the 2019/20 season, in which wheat output is projected to be a record 106.2 million tonnes.

Global wheat production is forecast to set another record high of 769 million tonnes.

This compares to 763 million tonnes expected to be produced in the current season, itself a record, being 1 million tonnes higher than the previous mark set in 2017/18.

Australia alone could more than account for the projected increase in 2020/21 global production, as a return to a more average season would see at least 10 million tonnes added to domestic output.

Since surpassing the 700 million tonne level for the first time in 2013/14, global wheat production has been steadily rising each year.

The only hiccup was the 2018/19 season where production dropped to 733 million tonnes, primarily due to production falls in Australia, Russia, Ukraine and the European Union.

IGC estimates that the harvested area for wheat in the 2020/21 global campaign will increase 2 per cent year-on-year to 221 million hectares.

This is well below the harvested area record of 239 million hectares, set way back in the 1980/81 season.

Global grain production has come a long way in the last 40 years, thanks to the broad adoption of vastly improved agronomic practices.

The turnaround in this season's world wheat production compared to the 2018/19 can primarily be attributed to improved production in the major exporting countries, excluding Australia.

However, Indian production has increased to such an extent in recent years that it is now a potential net exporter, albeit in small quantities, in coming seasons.

India is the second-largest wheat producer in the world behind China.

Early last week, the Indian Agriculture Ministry released its grain production forecasts for the 2019/20 season, in which wheat output is projected to be a record 106.2 million tonnes.

This compares to the 103.6 million tonnes produced in 2018/19, the first time the 100 million tonne production barrier was breached.

The expected bumper Indian crop can be attributed to two key factors.

Firstly, the area seeded to wheat increased to a record 33.6 million hectares, up 3.7 million hectares compared to last season and almost 2 million tonnes higher than the previous record set in 2016/17.

As a result, yields are expected to average close to 3.2 tonnes per hectare, well above the national long-term mean.

With the Indian harvest commencing this month, progress will no doubt be monitored with increased interest by the global trade.

On the demand side of the equation, world carry-out stocks are expected to increase in the 2019/20 marketing year.

The IGC has forecast global wheat consumption at 753 million tonnes, up 2pc on 2018/19, resulting in a 10 million tonne increase in stocks at the conclusion of the current marketing season on June 30.

However, the devil is in the detail as this increase will more than likely reside in traditional non-exporting countries, such as India and China.

Ending stocks in the major exporting countries are expected to decrease to about 67 million tonnes, a year-on-year fall of more than 4pc.

SAGO also booked one Panamax for delivery to the southern Red Sea port of Jazan at US$245.39.

While the prices were higher than the last tender, they are much lower than if the tender had been issued in January.

However, the more interesting tender result released last week was the Philippines, who purchased 275,000 tonnes of optional origin feed wheat for May to July delivery.

The majority, if not all of the wheat, is expected to be executed from the Black Sea.

The only position where Western Australian values get close is May.

But even then, last week's grower bids suggest domestic wheat would still be at least US$5 out of the money, unless the exporter owns elevation assets and is willing to discount the pipeline.

Additionally, the spread between the May and July prices is a reflection of the old crop/new crop inverse that currently exists in the Black Sea export market.

While old crop Black Sea prices have been falling in recent weeks, so too have new crop prices at almost the same pace meaning the inverse has only narrowed slightly.