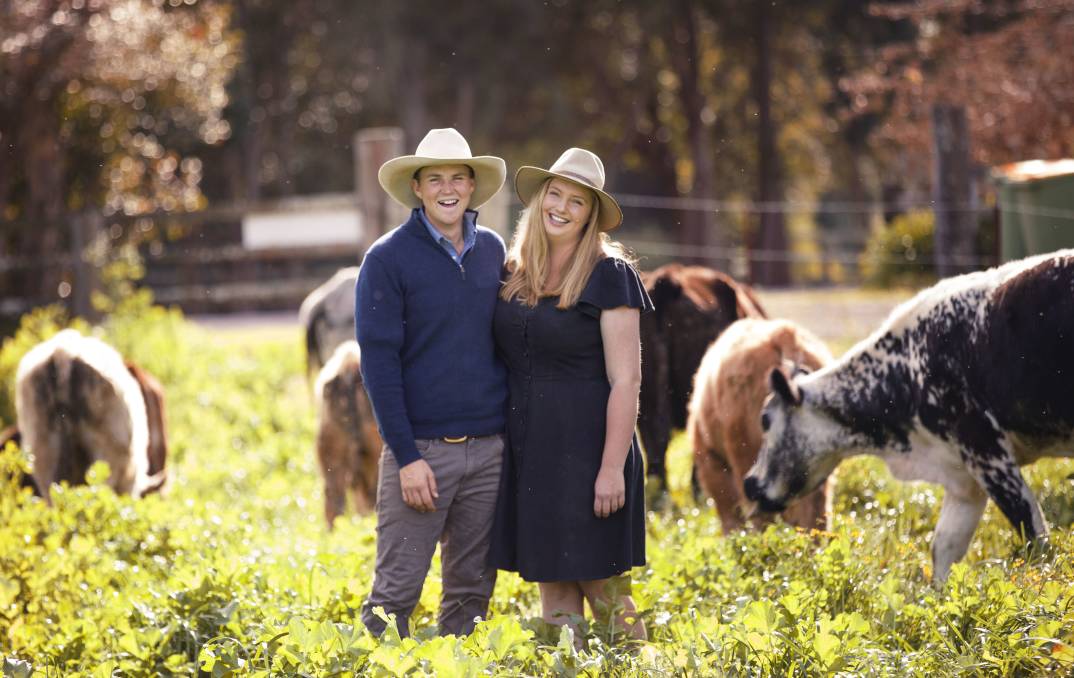 Virtual classrooms with producers come into their own during isolation.

SCHOOL students in lockdown are being 'zoomed' onto cattle and sheep farms across the country via live video stream lessons led by producers - and the candid questions are coming thick and fast.

Meat & Livestock Australia's innovative virtual classroom program has been running for five years but in recent weeks isolation requirements have changed the dynamics in a way producers say is adding enormous value.

Yarramalong Valley cattle producer Tim Eyes, a regular presenter, has conducted sessions from the paddock using his smart phone and online webinar platform Zoom during the past few weeks instead of making his usual visit to a city studio.

He said the questions coming from the students have changed significantly and he believes the relative safety of being at home and not in a classroom with others has encouraged them to ask what they really want to know.

"Where before a common question was what's my dog's name, now the kids are asking if I get emotional when I send an animal to die," Mr Eyes said.

"They've wanted to know why we take the tails off sheep when so many other people say we shouldn't."

Mr Eyes said he was always completely open and honest. He believes there is immense value in being able to provide the right information directly to young minds.

To the first question, he responded: "I am 100pc sad but the beauty about what we do is I know it will arrive at butcher and help sustain life this way and I also feel pride to be a part of that."

Mr Eyes said he told students he strives to make sure every single animal has a very comfortable life and a good death.

"But I also talk about the necessity of providing animal protein to the world and at the moment with society stockpiling red meat because they see it as a necessity, there is no better time to be telling the story."

So far, more than 10,000 students from more than 450 schools - including one in New Zealand and one in Japan - have taken part in the virtual classroom program.

This term, 12 lessons were delivered, including those in recent weeks direct to homes.

"The key purposes of this work are to improve community understanding of the Australian red meat and livestock industry - but do it in an interactive and engaging way that also aligns to the school curriculum," she said.

"This is extremely important work, especially at a time where there is disconnect between agriculture and those living in metropolitan Australia, particularly young people.

"Given the current global situation created by Covid-19 and isolation requirements, the program is even more valuable and we are now conducting the livestreams direct from the farm with producers."

Mr Eyes, who with partner Hannah Greenshields, leases four farms just north of Sydney and direct markets 100 grass-fed steers a year, sees it as a great use of his time.

"It's raw face-to-face with young people - usually adults are screening young people with how animal ag works," he said.

"They are sponges and this is the best way to talk to them about how and why we raise animals and to tell the real stories."