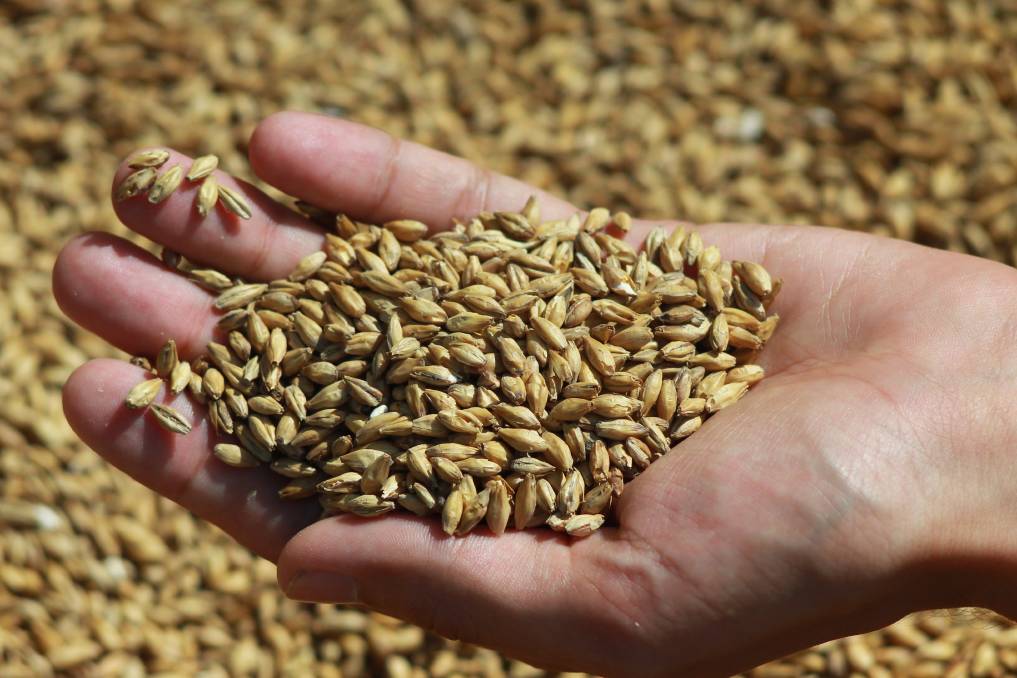 China's appetite for Australian feed barley appears to have been stoked in recent weeks with as many as six cargoes booked by the Middle Kingdom for nearby delivery.

The sales are reported to have been concluded at around US$220 cost and freight (C&F).

This is in line with Chinese feed barley values of around US$210 C&F, taking into account the 3 per cent tariff benefit Australia enjoys over alternative origins and maybe a small quality premium.

The anti-dumping action may not have been resolved as yet, but barley sales have been made to China and cargoes unloaded since harvest.

The pace of those sales is certainly well behind normal, but it seems Chinese importers, particularly those with government equity, are less nervous about making Australian purchases.

With the Australian grower around 90pc sold on barley, and the consumer only partially covered until new crop becomes available in October, it seems the merchants here are long.

They are also growing in confidence concerning business with China and have been happy to take out the demand when it surfaced.

The other big barley news last week was the results of the most recent Saudi Arabian tender.

The state-owned buyer, SAGO, booked 1.2 million tonnes of feed barley, against an initial tender of 720,000 tonnes.

The reason for the additional volume is unclear but increasing state reserves as global supplies and supply chains show signs of tightening, would seem a logical reason.

SAGO was seeking 480,000 tonnes for delivery to Red Sea ports and 240,000 for delivery to Arabian Gulf ports with a vessel arrival spread from first half May to second-half June.

If we call freight out of SA to Saudi Arabian ports US$20, then delivery to Dammam on the Arabian Gulf equates to around US$190 free on board (FOB) WA, well under current replacement values.

On the other hand, with freight to China as low as US$12, it pegs recent sales at around US$208 FOB WA, which is supportive of current domestic values.

The tender was broken up into two halves, May and June, each with a first-half and second-half delivery window.

The most likely origin for the majority of the tender will be Black Sea ports.

The possible exception being the first-half and second-half May windows, where a few Argentinian cargoes may make their way to Arabian Gulf docks.

A discount of 1pc of the price for each week the delivery is delayed is applied to the contract, with a maximum of six weeks delay allowed.

The May prices are in line with current Black Sea and Argentinian replacement values.

However, with the inverse in the market, several exporters certainly took advantage of the ability to use new crop against the June sales.

Some of the tender offers accepted for first-half June were discounted by around US$5 and second-half June by a further US$5, compared to the May offers.

Russia announced last week that it might limit exports of grain to 7 million tonnes for the balance of the marketing year to avoid food shortages.

The fall in the value of the Russian ruble against the US dollar has put massive pressure on domestic supply, increasing local food prices considerably.

This action will impact wheat, barley, rye and corn.

Offers disappeared when the possibility was revealed, but export values for wheat were nominally US$10-15 higher and barley US$5 higher by weeks end.

If this sort of price action continues then the market will do the work of a potential export ban.

Unlike Australia, the Russian grower is holding the long and the market just has rallied enough to pry it from their very tight grip ahead of the next harvest.

European export values have rallied considerably over the last week.

This is on the back of a rise in MATIF wheat futures values and tightening supplies.

The French supply chain is also under enormous pressure due to a considerable export program and a spike in prompt domestic demand resulting from the COVID-19 pandemic.

Coronavirus may have spiked demand for wheat-based foods, but malting barley-based foods have been taking a caning.

Worldwide beer demand has dropped as pubs and clubs across the globe are forced to shut their doors, and bottled beer sales are being hampered by a shortage of bottles.

This appears to have caught some domestic market consumers napping as domestic prices increased at the same time, discouraging purchases.

The wheat balance sheet is already tight based on the pace of exports and the shipping stem.

Barley may not be as tight, but another rush of export sales will soon change that situation.

It is highly unlikely that the Australian government will contemplate Russian like restrictions of exports as a coronavirus food security measure.

Rather, they will leave it to the market to allocate the limited grain resources to those consumers, domestic or export, who desire it most.