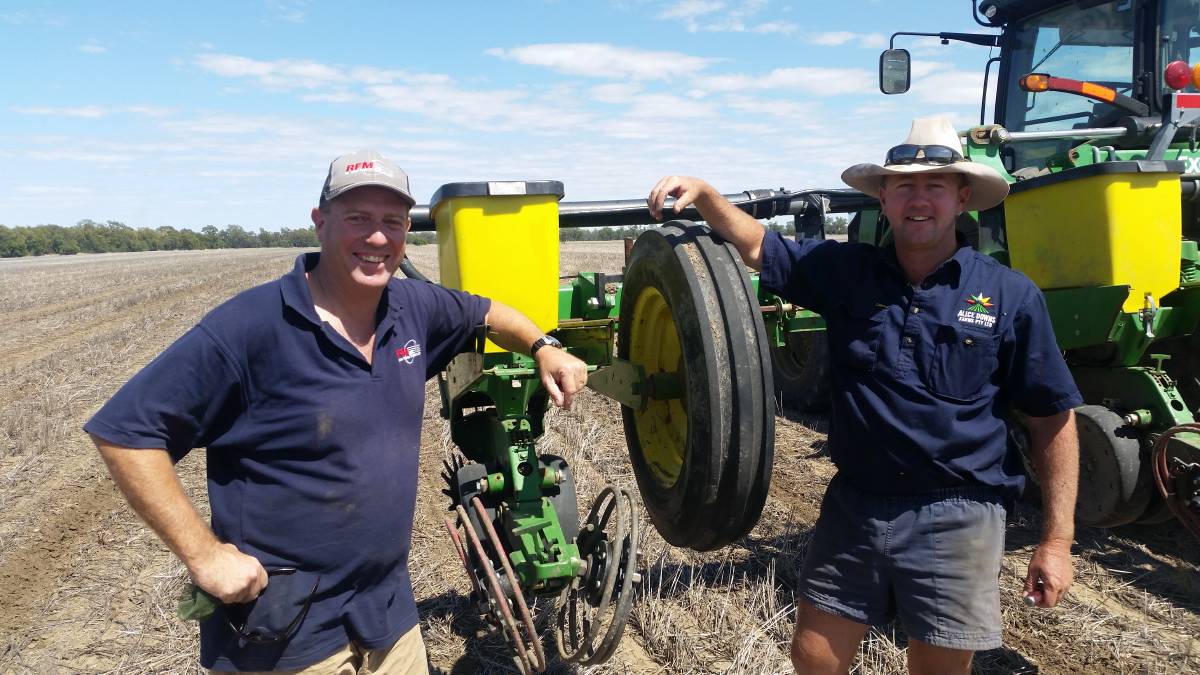 The family behind the Ryan tyne is still looking to improve seeder configuration, offering a range of retrofit openers.

THE RYAN family of Horsham in Victoria has a long history of innovation in the agricultural machinery space, the legacy of renowned inventor Austin Ryan who had a big influence on the shift into no-till farming with his range of planter bars.

Today Austin's son Paul, Ryan Farming Machinery, is aiming to continue to improve productivity for the nation's croppers with equipment and openers suited to the current move towards dry sowing.

He has developed a range of retrofit tynes that can quickly be adapted from a shank to a double disc assembly to satisfy customers across the country in a range of different planting conditions.

"The double disc is a really good system for dry sowing, it allows farmers to plant dry without bringing up clods," Mr Ryan said.

"We've also got a unique front boot system that means they can get through less than ideal conditions without blocking.

"I like to think we are following on from the initial success of the Ryan tyne back in the 1990s which allowed farmers to easily convert their conventional seeders into direct drill rigs, this retrofit systems means people can get the advantages of early dry sowing."

It is part of a focus on strength and durability.

The coil press wheel system that has been a feature of the family's equipment also remains in play.

Mr Ryan said the coil system stood out in terms of staying unblocked in wet conditions.

"The self-cleaning and non-caking benefits from the coil wheel have proven to be an advantage everywhere from the red clay soils in the south to the black soils of the north," he said.

He has further developed the system into a patented gauge and closing wheel for single and double disc planters following discussions with farmers frustrated at limitations within their seeder configuration.

"After working close with farmers who were having trouble with furrow cracking and build up on the conventional rubber gauge and closing wheels I decided to come up with some changes to the gauge and closing system," he said.

"Hopefully the changes will mean better productivity for the grower which is ultimately what it is all about."