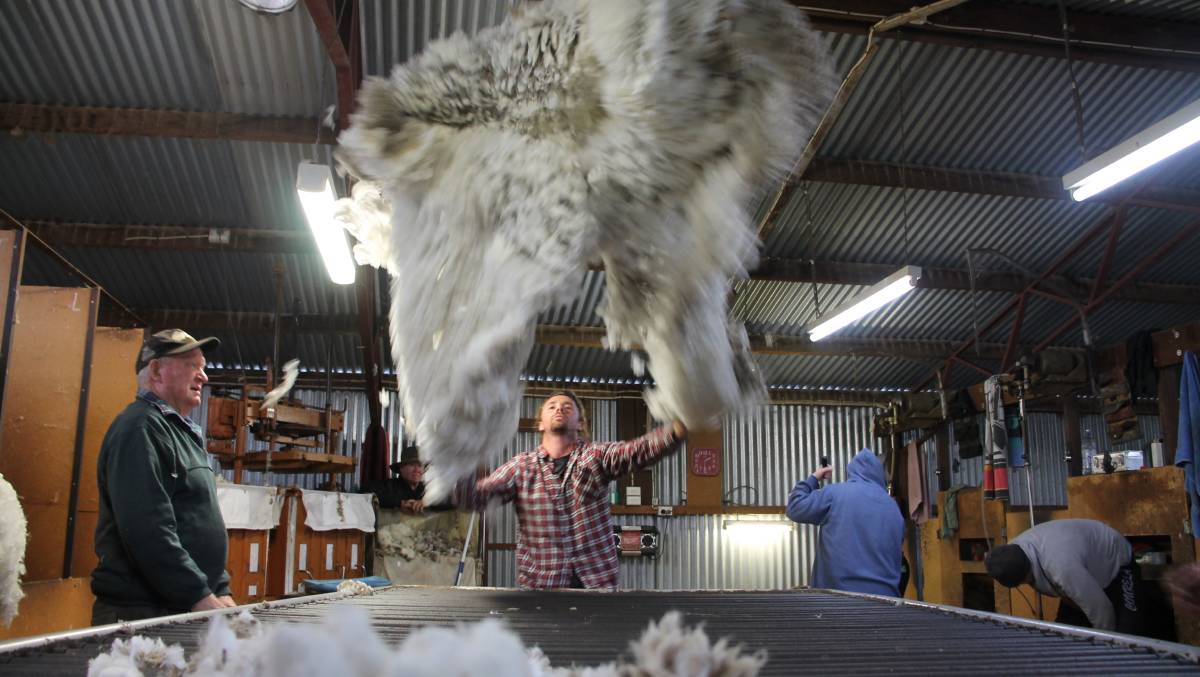 The wool market last week showed some resilience despite the obvious unprecedented challenges.

Sellers willing to meet the market give wool prices a glimmer of hope, but outlook remains challenging.

Despite the previous week's gut-wrenching crumble in prices when the Eastern Market Indicator (EMI) had it's biggest drop in almost four years, the Australian wool market showed some resilience at last weeks auctions.

In what should have been the week before the usual Easter recess, some improved demand was matched by lower wool volumes from growers who were willing to meet the market.

According to Australian Wool Exchange (AWEX) market information manager Lionel Plunkett, this was because brokers actively encouraged only genuine sellers to enter the market.

That resulted in 22 per cent of the offering being withdrawn prior to the sale.

Mr Plunkett said this had a twofold effect.

"Firstly it reduced the overall offering, increasing demand on the lots remaining and secondly, it increased buyer confidence, as they realised the wool still in the sale was more likely to be sold," Mr Plunkett said.

"The result was the price increases across the country."

Despite the obvious unprecedented challenges, prices for Merino wool lifted by up to 57 cents in the eastern selling centres, while prices were as much as 70c higher in Fremantle. Cardings generally unchanged except in Melbourne where a 33 cent lift was observed.

In bleak contrast, crossbred offerings fell losing 12 - 26 cents across the 26 - 30 MPGs on Melbourne, while a small offering in Sydney reported as slightly dearer.

The EMI finished the week 14 cents higher at 1301cents per kilogram. The Australian dollar remained stable at US$0.613, with the EMI in US terms was up eight cents to 797 cents.

In an effort to work towards contingency options as Covid-19 restrictions escalate, video conferencing was used in the inaugural Online Open-Cry (OOC) auction in Sydney on the second day of selling.

As reported in the AWEX weekly market report, the trial was met with success, so much so that a decision was made to sell 61 lots before the start of the traditional Sydney auction.

"The initiative was well received by all participants and provides an option to continue selling, should the physical auction rooms be closed."

But in bad news for the industry, the outlook for the coming weeks appears unfavourable.

In the latest Rural Bank report into the estimated impact of COVID-19 on Australian agriculture, the impact on the wool industry is weighing heavily.

Week global economic sentiment, according to the report, combined with phased shutdowns of processing facilities have collectively affected the market.

China is believed to be moving back to full processing capacity, however restrictions in discretionary spending is negatively impacting demand for woollen garments.

With both New Zealand and South African wool auctions shut down for at least 21 days, Australia is in an advantageous position as the only country that is exporting wool at present, however, demand for Australian wool is expected to be weak as virus control measures come into effect globally.

This week was to originally be the traditional Easter recess from auctions, but the extra week was scheduled to assist processors get wool into their pipelines and to provide another opportunity for growers to sell.

The national offering reduces to 21,523 bales with only one day of selling to take place.