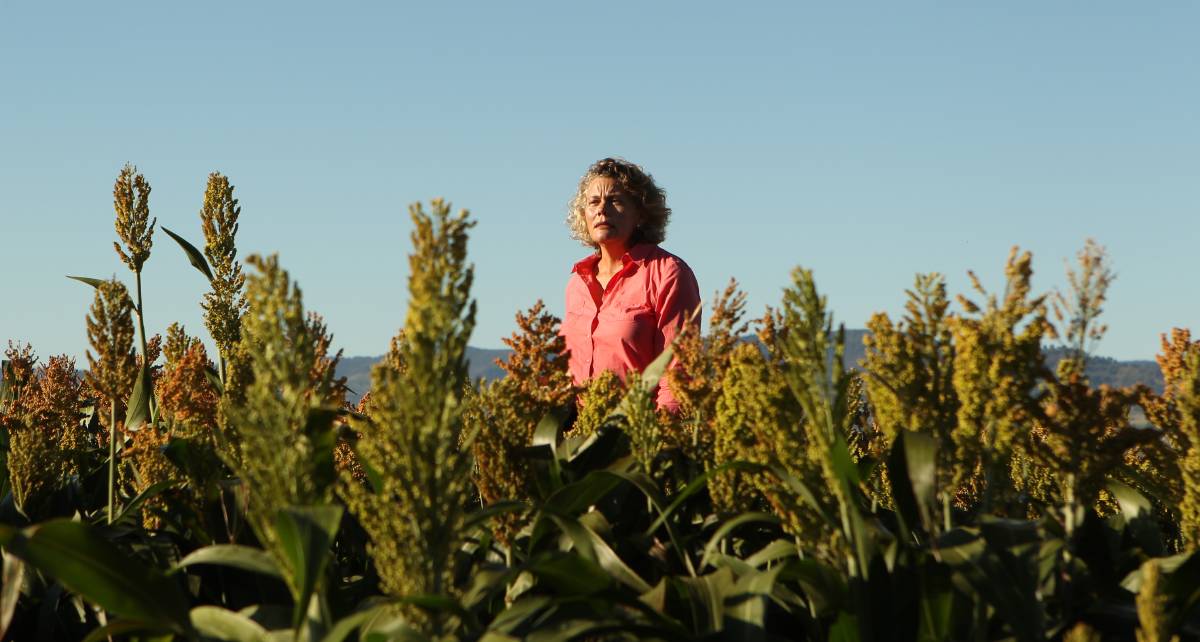 INCORRECT: Fiona Simson hit back at claims the nation's food supply was vulnerable.

THE National Farmers Federation has hit out at a 60 Minutes that tied the complex issue of water access to running out of food due to the pandemic as "reckless scaremongering".

THE National Farmers Federation has hit out at a 60 Minutes story, which attempted to tie the complex issue of water access to the country running out of food during the pandemic, labelling it "reckless scaremongering".

The peak farming body penned an open letter to the program, addressing many of the inaccurate claims made about the amount of wheat, dairy and rice the country is importing (see full letter at the bottom of the story).

The program claimed the nation's food supply was vulnerable, due to the water access issues farmers in the southern Murray-Darling Basin face, which in turn had led to less production and an over reliance on importing food from countries beginning to restrict exports due to the pandemic.

However, NFF president Fiona Simson rubbished claims the country's food supply was in danger, pointing out Australia produced enough food for 75 million people, or more than three times its population.

"The one thing that Australians can absolutely continue to count on is their access to safe, quality, home-grown produce," Ms Simson said.

"ABARES predicts a national wheat crop of over 21 million tonnes, against an annual domestic consumption of less than 9 million tonnes."

Ms Simson said reading between the lines, the program appeared to be arguing for a special allocation of water to irrigate a winter crop, however "the case for this was not made".

"Tonight's segment was an act of reckless scaremongering by seeking to tie the notion that Australia could run out of food to the complex issues of water management," she said.

"The segment was nothing short of tabloid journalism, that shamelessly sought to exploit the uncertainty of the COVID-19 situation, for nothing more than TV ratings.

"It's particularly shameful to do this at an unprecedentedly challenging time for every, single Australian.

"60 Minutes cast an unfounded shadow over this access and I'm deeply concerned that the program will have caused unnecessary extra angst for Australian families."

The National Farmers' Federation and its members want to categorically reassure all Australians of their continued access to food during the COVID-19 pandemic and beyond. Farmers are used to working from home every day producing more than enough food and fibre for every Australian.

Part of this reassurance is letting Australians know, overall Australia produces an amount of food that is far in excess of what our population can consume in one year. In fact, our nation's farmers grow so much that each year, about two thirds of Australia's annual agricultural output is exported for the world to enjoy.

In the context of the COVID-19 pandemic, at times empty supermarket shelves are a symptom of supply chain logistics needing to adapt to the new, unfortunate patterns of panic buying. It is in no way linked, to an actual shortage of food. Any assertion to the contrary is scaremongering and has the ability to cause unnecessary angst for Australians, many who are already anxious about the current situation.

Unfortunately, misleading information has been circulating about Australia's food exports and imports. As the peak body representing Australian agriculture, the NFF believes these claims must be clarified:

Claim: Australia now imports most of its dairy products

Fact: Australia's dairy cows produce about 8,800 million litres of milk each year. About 65% of this milk is consumed by Australians, the remainder is exported in the form of fresh milk, yoghurt, cheese and ice cream for example Australia remains a net exporter of dairy products and produces a significant surplus to what Australians can consume.Source: Dairy Australia

Claim: Australia imports nearly one third of the wheat needed on the east coast to produce flour, pasta and bread.

Fact: Australia has the highest wheat production per capita in the developed world. As a result of our large wheat production and relatively small population, Australia is a net exporter of wheat, and will be for the foreseeable future.

In the past two years, some wheat imports have entered Australia due to drought and the requirement for very high protein wheat by Manildra, an Australian-owned east coast-based processing company.

The volumes of these imports include 360 kilometric tonnes in 2018 and 550kmt in 2019. These imports equate to 4% in 2018/19 and 6% in 2019/20 of overall Australian domestic demand. This wheat was used for industrial purposes (including ethanol and manufacturing starch for export markets) - not for human food products such as flour, pasta or bread. The biproduct was also available to livestock producers as animal feed. Sources: Mecardo, USDA, ABARES, FAO, AHDB, Refinitiv.

Claim: Australia now imports most of its rice.

Fact: Australia usually grows more than enough rice to supply Australian and international markets. But Australia is not currently self-sufficient. Due to the drought and water policy, Australian rice crops in the last two years represent less than 25 per cent of annual domestic rice consumption. This has led to an increasing reliance on imported rice. At the same time, the global COVID-19 pandemic has increased demand for rice here and overseas. Vietnam and Cambodia have restricted rice exports in response to domestic food security concerns driven by persistent drought and COVID-19.

The international rice supply is also under pressure from persistent drought in other exporting nations, such as Myanmar and Cambodia, and locust plagues across northern Africa, the Middle East, India and Pakistan. There is also evidence of China acting to shore-up its own food security.

Unlike cereal crops and dairy, rice requires irrigation. Australian-grown rice uses less water than any other country - 50% less than the global average. The rice industry is working with governments to resolve unintended and perverse outcomes of water reform, but in the short term, the priority must be ensuring enough water to grow rice for Australian households in 2020-21 under the exceptional circumstances created by the COVID-19 pandemic.

The impact of drought on food production

As demonstrated by the latest forecast by the Australian Bureau of agriculture and Resource Economics and Science, the recent widespread drought conditions have resulted in a decline in the production of most agricultural commodities. However, given the sheer overall volume of production, this does not and should not be construed as a threat to Australia's overall food security.

Many Australians joined with farmers and regional communities in rejoicing the welcomed recent significant rainfall across the Murray Daring Basin and other agricultural regions. For the majority of farmers this rainfall has meant an autumn well-equipped to sow a winter crop of products like wheat, oats, barley and canola. We expect, the improved conditions will see overall farm production rise in 2020-2021.

While the drought has also impacted the irrigation sector and a range of licence holders have had substantially reduced allocations, this has most seriously impacted what is known as general security allocations. This is why annual crops such as rice have been affected. Nevertheless, there has still been water available for production agriculture, mostly higher valued water known as 'high security' and food is still being produced in the southern basin.

Issues around water management in this country are immensely complex. Right now, Australian farmers are continuing to step up, to grow and deliver food, even in the face of drought, and we believe we have a strong role to play to assure the community that it's business as usual for many of us. One thing is for certain, our farmers can and will continue to, ensure Australians have access to the fresh produce they need, now and into the future.