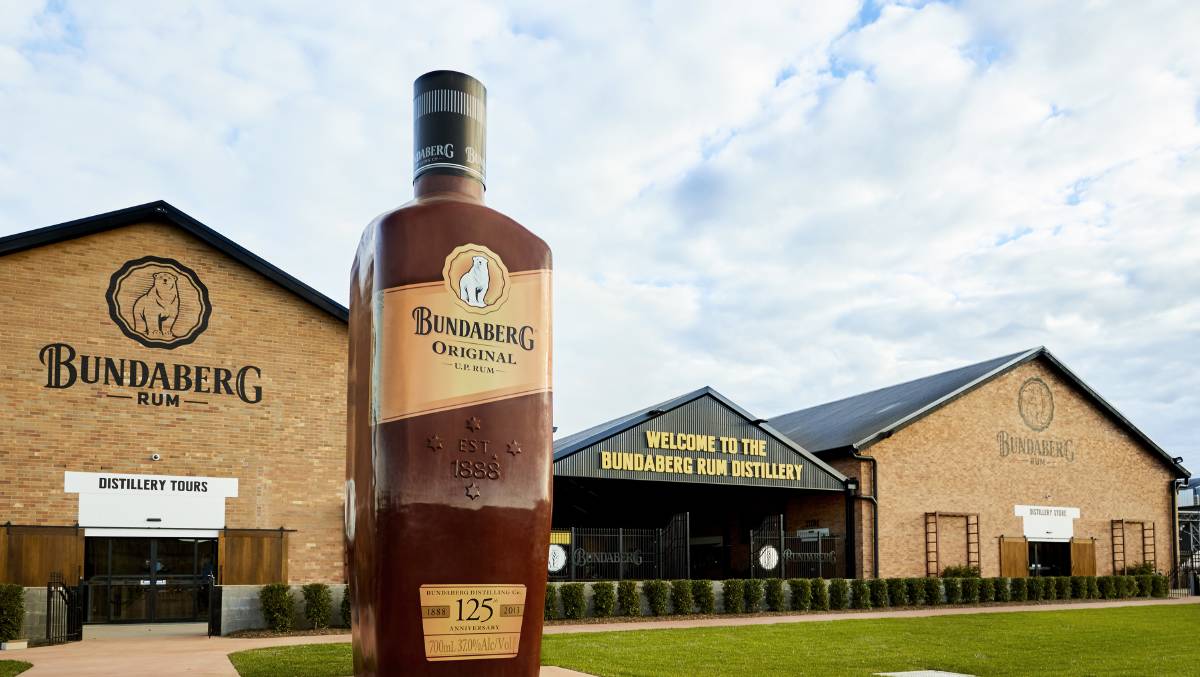 Bundaberg Rum is among the distillers that have turned their hand to making sanitiser.

Queensland's iconic alcohol distillers are joining the fight against COVID-19.

QUEENSLAND'S iconic alcohol distillers are joining the fight against COVID-19, and they're not just ensuring bottleos remain well stocked during the enforced lockdown.

Instead, the producers of Bundy Rum, among others, are turning to the production of ethanol to manufacture hand sanitiser which is in short supply across the state.

"Beenleigh Rum - Australia's oldest distillery... have arrangements to supply the Queensland Government to ensure we have a ready supply for schools and frontline workers," Mr Dick said.

"Bundaberg Rum is also going full steam ahead with the production of ethanol, and will donate 100,000 litres - enough to produce around 500,000 bottles - to the Queensland Government."

Angelo Kotses, Managing Director of the Bickfords Group of Companies and owner of the Beenleigh Distillery, said the idea to transition to hand sanitiser came from the need to keep their own workers safe.

"Ethanol is the key ingredient of hand sanitiser, and we already produce ethanol for our alcohol products," Mr Kotses said.

"We originally planned a small run of only 1500 cartons, but when the Queensland Government approached us we were more than happy to help by providing hand sanitiser for essential needs throughout the state."

David Smith, Managing Director of Bundaberg Rum's parent company Diageo Australia, said the company had a duty to support the community in this unprecedented time of need through its donation of ethanol.

"Bundaberg Rum is a Queensland icon, we've felt the love of Australians since our distillery was first established more than 130 years ago in 1888," Mr Smith said.

"At a time like this we will always step up and contribute when Australians need it most."

Saleyards Distillery in Allenstown will be swapping over factory floors to boost local supplies.

"It joins a list of companies including Beenleigh Rum, Bundaberg Rum, Grandad Jacks and grooming product manufacturer The Bearded Chap, which are leading the way during these uncertain times," Mr Dick said.

Rockhampton MP Barry O'Rourke said it was great to see local companies like the Saleyards Distillery helping out its local community in this time of crisis.

"This is a relatively new business that has thrived through delivering innovative quality products, so it's no surprise that it's been able to turn that agility into a benefit for the whole community," Mr O'Rourke said.

Saleyards Distillery spokesperson Carla Di Felice said the company had been in business for three years making its own rum, gin, infused vodka and non-alcoholic concentrates, before turning to making sanitiser in the wake of the COVID-19 outbreak.

"We have been able to already distribute 200 litres of hand sanitiser to local ambulance stations, firies, schools and nursing homes.

"Now we are waiting on a new shipment of ethanol, hopefully next week, so that we can make some more.

"We can't make it fast enough and have taken some pre-orders, but people should keep an eye on our social media channels for more information about when the next batch will be ready."