Grain and red meat are forecast to be some of the most resilient agricultural commodities in light of the COVID-19 pandemic. 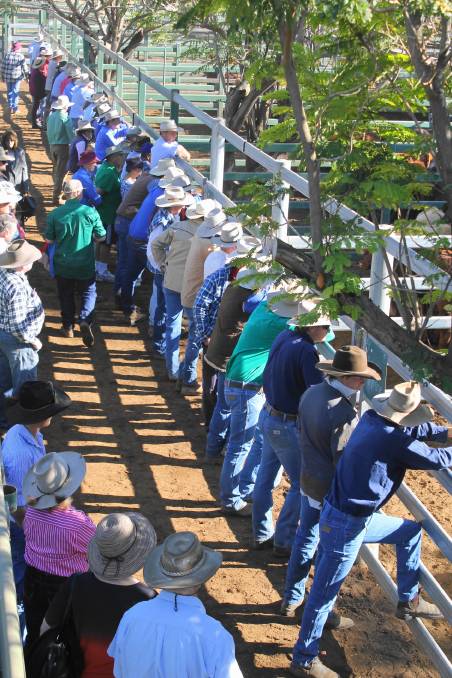 The crowds have dried up at livestock sales but the sector is proving resilient in the wake of COVID-19.

THE HEAD of sales for Rural Bank's eastern division has said he expects red meat and grain to be among the agricultural commodities most resilient to COVID-19.

Jonathon Hewitt said while there could be some disruption, particular in terms of both picking and packing labour in the horticulture sector, grains in particular would be well positioned to manage the extra layers of complexity presented by the pandemic.

"There is a big advantage in that it is a non-perishable product so farmers have got time on their sides in moving the product if necessary and it is also less labour-intensive than horticulture," Mr Hewitt said.

He said although there had initially been some concern for livestock logistics in terms of the market selling system, the industry had come up with solutions.

"They have been innovative with online selling, you've see a lot more stock going up on AuctionsPlus, so the logistics are not going too badly."

And Mr Hewitt said he was bullish about the demand for red meat.

Backing up figures in a recently released Rural Bank report, he said there was still strong international demand for red meat.

"China is still trying to recover from the decimation of its pig herd due to African Swine Fever, they are in catch-up mode so there is still a lot of demand."

"The Aussie dollar is very attractive for exporters, while we're up off the 17 year lows we touched earlier it is still a historically low number."

Domestically, he said the low numbers of livestock due to the drought of the previous couple of years combined with strong demand from those in drought-impacted areas that have now received rain and are looking to build their livestock numbers back up has meant good restocker values as well.

"It is a classic tale of limited supply and strong demand."

He cautioned the global recession caused by COVID-19 would cause a slide in demand for some products, but said demand for grain was relatively inelastic.

"Especially with some grades, such as noodle wheat, the buyers want the same every year."

On the meat side he said in spite of an economic downturn the lack of sources of protein meant he did not feel there would be a significant slip in demand.