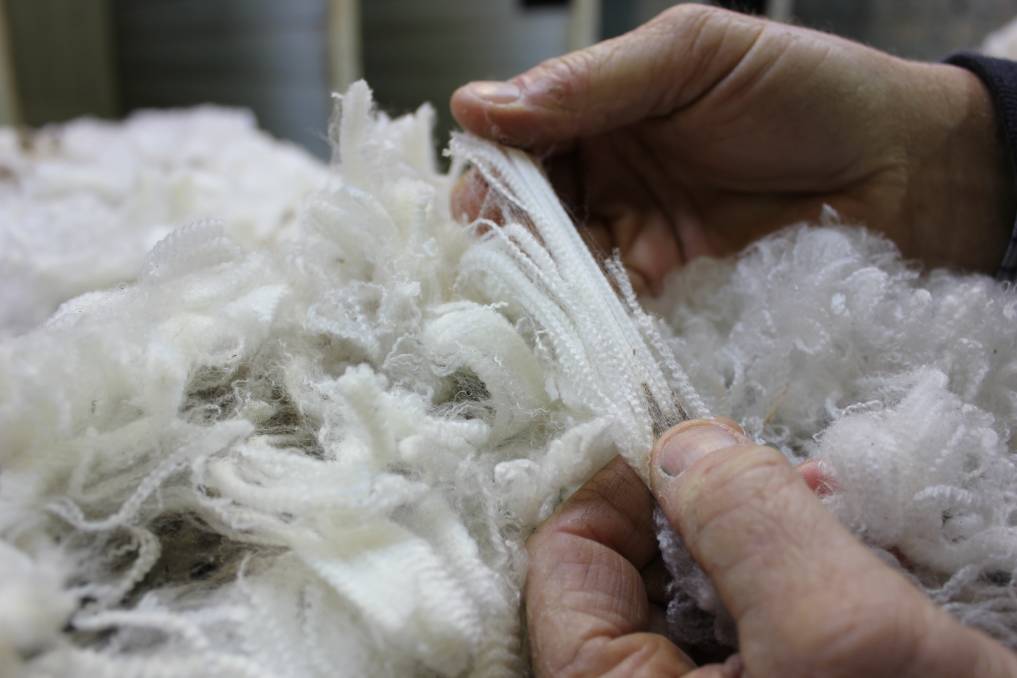 NOT FEELING FINE: The wool market continued to track down when sales resumed in Melbourne and Fremantle on Tuesday.

Wool sales are off to another happy start this week as coronavirus continues to weigh heavily on the market.

The wool market continued to feel coronavirus pain with the Eastern Market Indicator tumbling another 17 cents to 1208c a kilogram clean when wool sales resumed in Melbourne and Fremantle on Tuesday.

Around 26,000 bales are scheduled for sale in Melbourne, Sydney and Fremantle this week.

In Melbourne 18.5 micron and finer lines were least affected, sliding 15-20c, while broader microns copped 45-55c losses due to a large offering of lower style and poorly measured wools.

Across the Nullabor the Fremantle fleece market continued to track down with losses felt across all Merino microns.

Around 17pc of the fleece lines were withdrawn before the sale while a further 20pc was passed-in.

Chris Wilcox, executive director of the National Council of Wool Selling Brokers of Australia and wool market veteran, said the industry was now facing its severest challenge for many years.

But he said last week's disappointing slide in prices wasn't helped by a large offering of lower-yielding, drought-affected wool.

China now has the Australian wool market pretty much to itself with the Covid-19 lockdowns in Italy and India.

"The market for wool used in clothing has been hit by a double whammy over the past 18 months or so," Mr Wilcox said.

"First came the US-China trade war which triggered a sharp fall in Australian wool prices from the supercycle peak.

"There was a resultant 24pc drop in the EMI from the supercycle peak in August 2018 to January 2020.

"It appeared the downturn in prices had stabilised by the start of 2020 but then the spread of Covid-19 started in China.

"We now have a global pandemic and the associated shutdown of swathes of the global economy."

Rabobank's senior animal proteins analyst Angus Gidley-Baird said wool prices were expected to ease towards 1100c a kg in the middle of the year before recovering at the end of 2020.

He said prices were expected to pick up towards the 1400c mark in late 2020-21 as economic conditions improved.