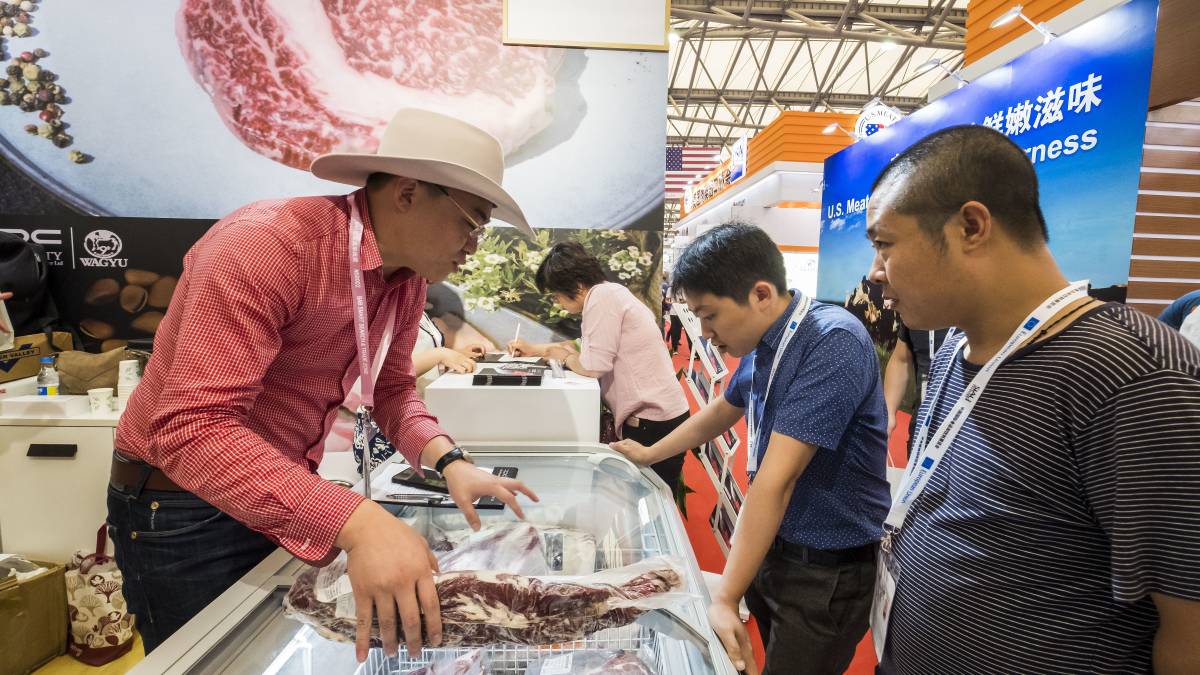 Perhaps surprisingly, it has been the key filler in China so far - more so than chicken, he said.

The latest ASF outbreak occurred in India last week, a country which has nine million pigs.

ASF is now present in 13 countries in Asia, which between them had 532m hogs. The expectations are for losses between 50 and 60 per cent in most.

"When you look at that figure, 255m hogs will be lost in the last or next 12 months," Mr Quilty said in a webinar hosted by the Northern Tablelands and North Coast Local Land Services last night.

ASF, which doesn't pose a threat to human health but kills about 80 per cent of pigs it infects, is now touted as the biggest animal disease event the world has ever seen.

It has been detected only 550 kilometres off Australia's northern shores.

Chinese hog prices are as much as 500pc above US prices.

"We expect them to remain this firm for the rest of the year," Mr Quilty said.

The Chinese government, desperate to keep them in check, had dramatically released frozen stocks in recent weeks but Mr Quilty points out there is a finite limit to those stocks.

Even with increased imports and local production factored in, the protein supply gap in China is forecast to sit around the 17.5m tonne mark for the next three years, he said.

With the International Monetary Fund forecasting Chinese economic growth to be a whopping 9.3pc next year (dependent on a vaccine for coronavirus), China will clearly be the engine room of global protein demand.

"That is why the suspension of Australian beef plants supplying China is bitterly disappointing. Next year it will be critical to have access to China," Mr Quilty said.

Australian beef's ability to capitalise will also be affected by the key role currency plays.

Australia is far more competitive in China based on currency than North America but what is frightening is that the currency of key beef competitors Argentina and Brazil is extraordinarily low - hit by trade wars and then pushed further down by COVID-19.

"China is the number one market for beef in the world and 78pc of its beef imports come from South America with currencies that are on average 45pc below the US dollar, compared to Australia's at 19pc," Mr Quilty said.

"That should serve as a stark reminder of how competitive the South Americans are in this key beef market."