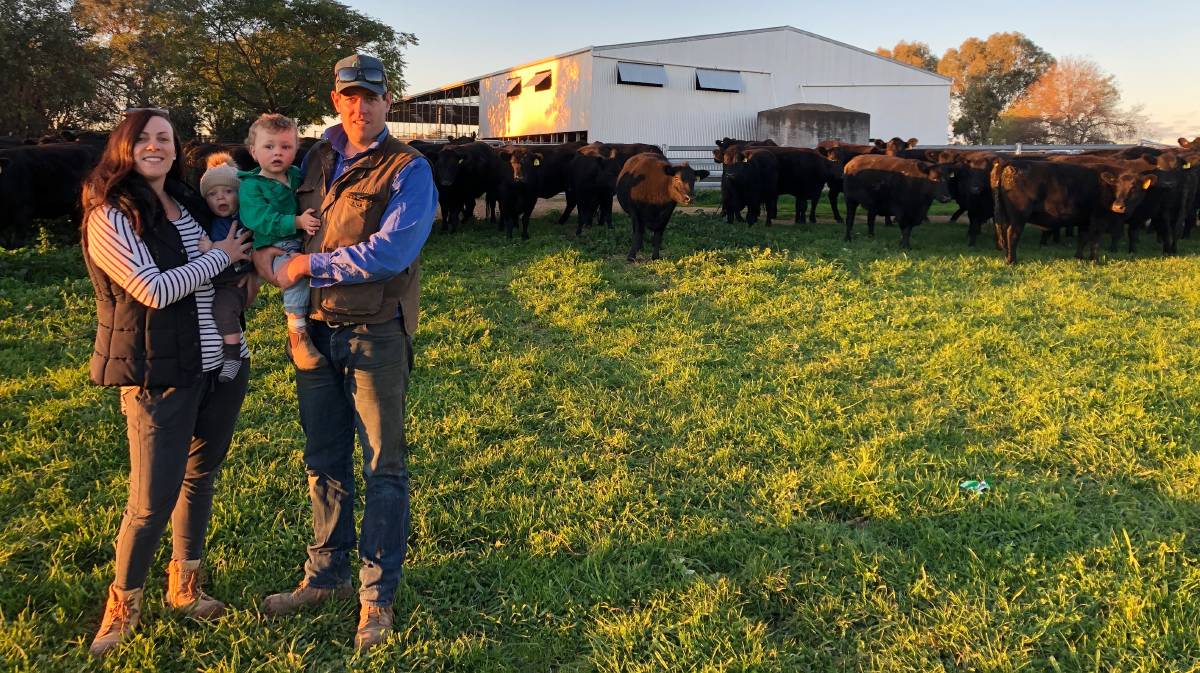 Helen and Colin Geddes, Warranboo Partnership, Holbrook with sons Edward, 11 months and Archie, 2, and the 28 PTIC Angus cows they sold for $2490. Photo supplied.

Rodwells livestock agent Adam Mountjoy said they held the sale due to COVID-19 restrictions limiting attendance at saleyards over the last couple of months.

"After doing some analysis of the market we found female cattle were attracting high values online," Mr Mountjoy said.

"There was also strong northern demand, particularly for female cattle, and access to large quality lines of females on offer from Nutrien branded businesses along the Hume arterial."

There were 137 cows and calves sold to an average of $2660 and top of $3420, for 28 NSM Te Mania-blood Angus cows and 29 Charolais calves from Callandoon, Strath Creek, Victoria.

Pregnancy-tested-in-calf cows averaged $2078 and topped at $2825 for a lot of 12 EU accredited Angus three-year-old cows from J and H Wall and Sons, Lynfield, Violet Town, Vic.

The sale was conducted by Nutrien on AuctionsPlus.

The story Cows, calves to $3420 in Hume Highway sale first appeared on The Land.