Shady websites are appearing on the internet offering agriculture equipment at giveaway prices - but all is not as it seems. 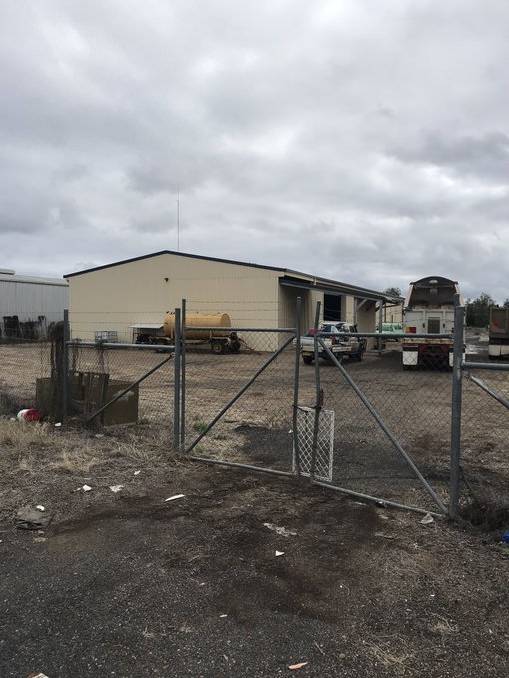 The view this morning at the address scam website ABM Farming claims is its Moree dealership. Photo: Andrew Uphill.

A SERIES of machinery websites offering bargain basement tractors have been exposed as scams, listing non-existent addresses and featuring so-called executives with photos lifted from generic images on the internet.

Scamwatch, the program run by the Australian Competition and Consumer Commission (ACCC) to provide information about how to recognise, avoid and report scams confirmed consumers had lost $150,000 in the past month

In the last month, from April 19 to May 17, a spokesperson for the ACCC said Scamwatch received 29 reports of scams involving tractor, excavator and bulldozer sales with reported losses of $150,000, spread over 10 reports.

The image used by ABM Farming on its website is actually from Michigan in the US.

For 2020, that figure blows out to a whopping $380,000 over 30 separate instances, with 84 calls regarding potentially shady business practices.

Australian Community Media can confirm the locations provided by two such websites, Geiger Tractors and ABM Farming do not exist.

Geiger Tractors claimed to be at an address in Terang, western Victoria, next to an existing tractor dealership, Meltrac Machinery.

Matthew Cozens, Meltrac Machinery, said the address was given was an earthmoving business.

"We had a few people coming in looking for this Geiger Tractors but there is nothing there and never was."

Mr Cozens said the tractors offered on the website were markedly below their retail value.

"You were talking a third of the price or less it really was too good to be true sort of stuff."

A website for a business calling itself ABM Farming is currently operational.

It claims an address in Moree.

"There definitely is not a machinery dealership there."

Calls to the number provided for ABM Farming go to an automated service where people are encouraged to send through orders online.

Photos of supposed directors of the company are ripped off the Linkedin profiles of unrelated people while a photo purporting to be an aerial image of the premises is in fact taken in Williamsburg, Michigan in the United States.

Tractors on the website are at a fraction of their recommended values.

Industry insiders suggest the tracks alone could be worth $40,000

Similar to the other photos on the website the images of the equipment has simply been ripped off other sites on the internet.

It is believed the modus operandi of the dodgy dealerships is to get deposits for the tractors and then not deliver them.

There have reports of several similar scams operating in Western Australia and the Northern Territory.

A Scam Watch spokesperson said the classic advice held true and to treat deals that seemed too good to be feasible with suspicion.

She said classic warning signs were an unbelievably low price and limited information about delivery and other policies.

The spokesperson also said the seller insisting on immediate payment or payment by electronic funds transfer or a wire service were red flags and that anyone who did not offer a sale through a secure payment system like PayPal or credit card needed to be investigated further.