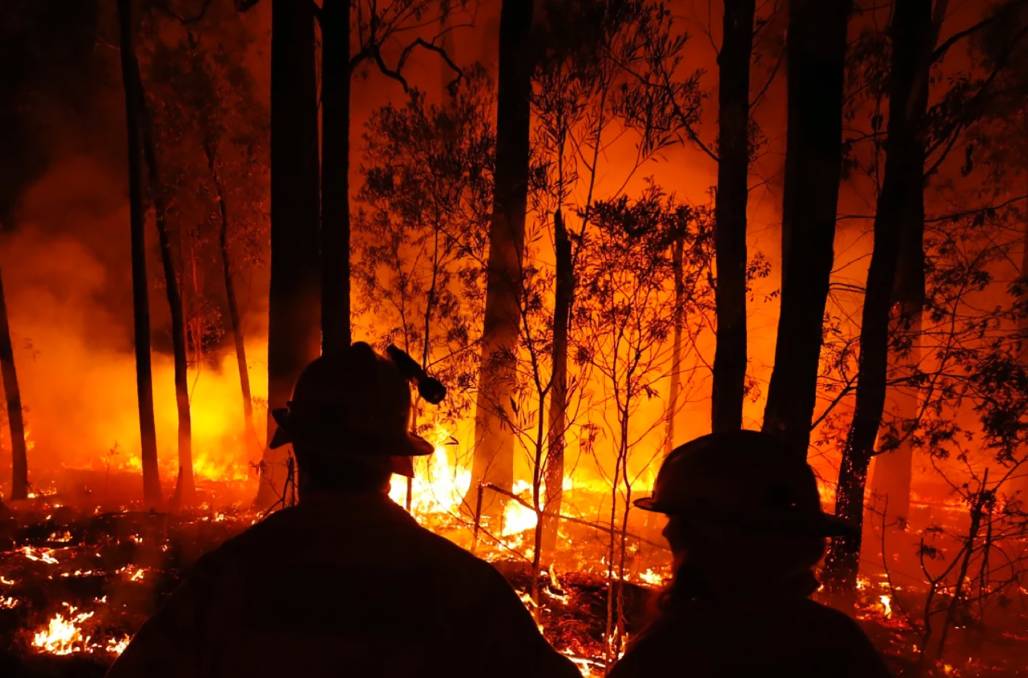 The royal commission into bushfires begins today and evidence is growing that logging native forests drastically increases their fire risk.

THE royal commission into bushfires begins today and evidence is growing that logging native forests drastically increases their fire risk.

The Royal Commission into National Natural Disaster Arrangements was formed in response to the recent bushfire season, dubbed the Black Summer.

The first day of the digital hearings will focus on climate change and the financial impacts of the fire, with the CSIRO, Bureau of Meteorology, Geoscience Australia, and insurance and risk management organisations all giving evidence today.

Professor David Lindenmayer, who recently published a peer-reviewed paper on the subject, said when an area is logged, the regenerating forest is "really fire prone" for about 40 years and there's "several reasons for that", such as the huge amount of extra fuel it creates.

"When a forest is cut down, about half of the biomass in the forest is actually not taken out, it's left there," Professor Lindermayer said.

"That's tree heads, lateral branches, bark, all the shrubs and understory trees, they will left there. So that's about 40 to 60 per cent of the forest biomass.

"Then that material is left in the forest for a year or so to dry out, and then it's burnt - about half of that biomass goes into the atmosphere as smoke, but the other half actually stays there and becomes fuel in the new forest that goes up."

Logged areas are generally drier, as the young trees competing to fill the gap left in the forest use lots of water in an effort to grow quickly.

"It's like having a household full of teenagers cleaning out your fridge every day," Professor Lindermayer said.

"So the forest is much drier and all those trees are growing really quickly. But ones that don't grow fast enough die and add extra fuel to the forest as well."

Logged areas also lose their wet forest parts, with about a 96 per cent reduction in tree ferns.

"So what's happening is that these logging operation leave lots of new fuel, the forest is also dried out and then the architecture of the forest is changed," Professor Lindermayer said.

"All of those things combine to make young regrowing forests incredibly prone to higher severity fire."

Professor Lindermayer's research is the latest in a number of studies on logging native forests.

"Last week, there was a paper published in Tasmania, which found exactly the same as what we've been finding," he said.

"Then there's work on the north coast of NSW and southeast Queensland, showing that some of the ancient rainforest areas, that should never burn, have actually been burning.

"And they're the ones that have logging adjacent to them. So the fires are actually burning from the outside areas into these areas."

The research is very unpopular with the logging industry, however Professor Lindermayer said it presented an unique opportunity for it's workers to transition and fill a desperate need as elite firefighting crews.

"Those heavy machine operators in places like a east Gippsland and southern NSW, they're precisely the skills that you need for elite firefighting," he said.

"Cutting fire trails, putting in containment lines, putting in a protective brace around little communities and - I think about those opportunities for people to be part of elite fire crews."

In the winter, the same skills are "absolute critical" for managing hazard reduction burns.

"I understand [the logging industry] is anxious about this research," Professor Lindermayer said.

"But we can't put our heads in the sand and not care about it. That's highly unethical, because we've really got to think about how we're going to protect people in these rural and regional communities from these mega fires."