There is a growing demand for malt barley from India and Australia's high quality product would fit their systems well. 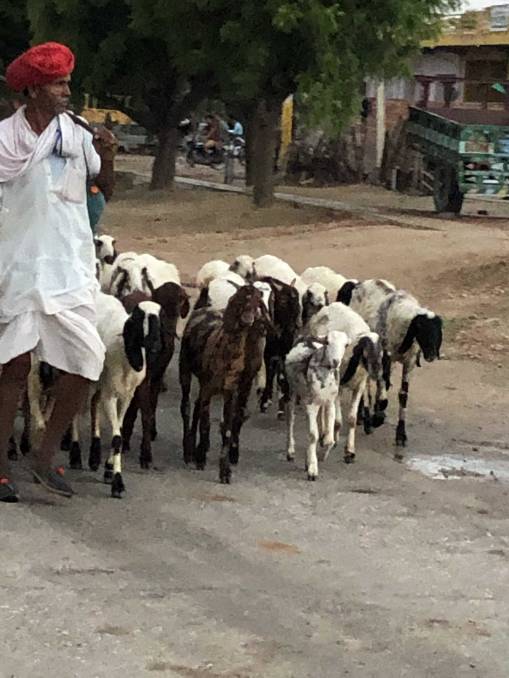 THE GROWING demand for beer from the emerging middle class in India could see the subcontinental giant grow as a malt barley customer.

India's own barley production varies between 1.75 million tonnes in 2018-9 to forecasts between 1.83m tonnes to 2.1m tonnes this year, with approximately 80 per cent used for feed and 20pc for the food market, including malting and brewing.

It currently imports barley from Argentina and France with potential for Black Sea trade.

In terms of a potential opening for Australian exports it will definitely be a focus on malt barley.

India has a maximum residue limit on glyphosate that would likely mean that Australian feed barley, which can be crop-topped with glyphosate for desiccation prior to harvest would not be accepted.

Barley is very much a small scale crop in India, making up a tiny fraction of the 150 million tonne rabi (winter) crop this year.

The heartland for the crop is the north western state of Rajasthan, which produces over 60pc of the national barley crop.

Much of the agriculture in the state, which includes the massive Thar desert is focused on grazing livestock on land too dry for reliable cropping.

Barley is grown in semi-arid conditions and with declining water availability due to a falling water table some predict its tonnage to drop in coming years.

The Australian Export Grains Innovation Centre's barley markets manager Mary Raynes said six row barley varieties could yield as much as 6 tonnes a hectare but two row barley lines, similar to those grown in Australia, would generally only go around 2t/ha.

She said in terms of quality standards the barley was reviewed on grain moisture, black tipping, and test weight, but that there was no registration of variety, protein levels or falling numbers test.

Ms Raynes said in discussions with Indian brewers they had said they were excited about the opportunity to work with Australian barley which creates a malt high in diastatic power, the total activity of malt enzymes that hydrolyze starch to fermentable sugars, a desired trait for brewing.

The Indian brewing industry makes about 3.2 billion litres of beer a year according to Ms Raynes, much of it in the high alcohol (6-9pc) range, known as strong beer.

She said it was expected India's young and growing population, expected to reach 1.5 billion, with 20pc under 25 by 2030, would create increased demand for beer.

In terms of other crops grown during the rabi period the major winter crop by tonnage is wheat, while chickpeas, rapeseed (canola) mustard and even rice (mainly a summer crop) are also important.

Ms Raynes said there was around 107m tonnes of wheat and 15m tonnes of pulses produced in India this year, which is a record.

However, she said issues with supply chains due to COVID-19 meant it was unclear how the produce would make its way from the farmgate to consumers.