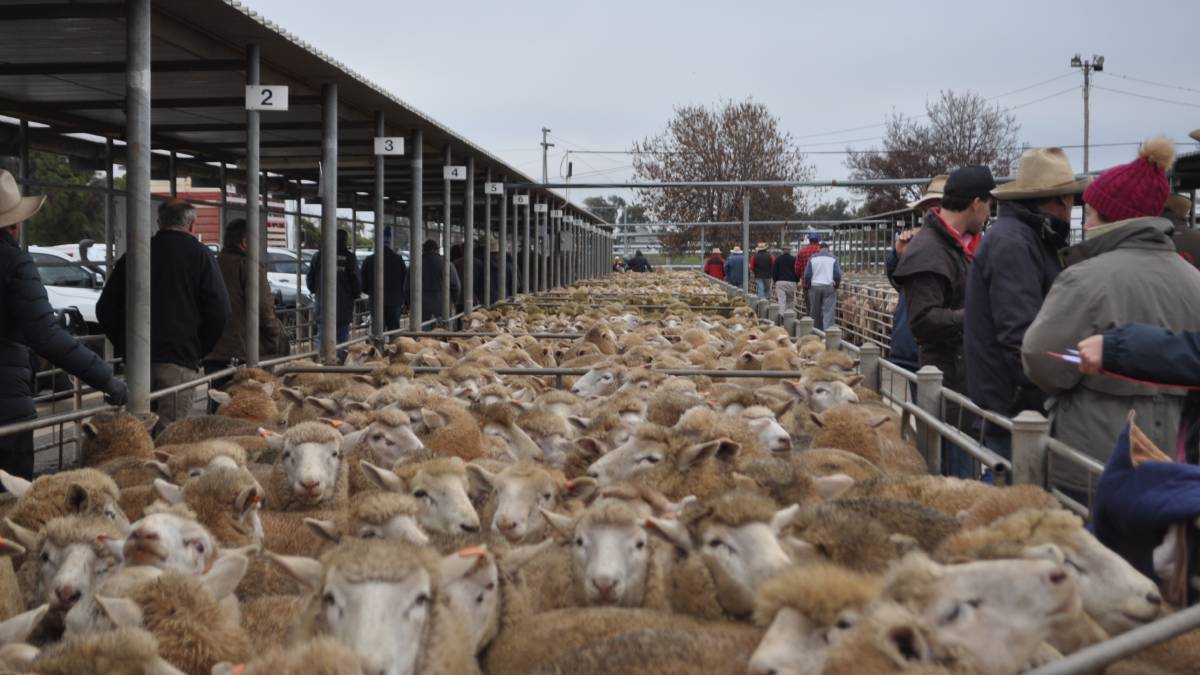 Mutton was the only sheepmeat to hit higher ground last week as wavering demand keeps lamb prices at bay.

As the predicted winter contraction for lamb and sheep continues, in a normal year a lower supply in the market would normally mean an increase in prices, but 2020 is bucking the trend, especially for lambs.

Both lamb and sheep yardings were lower last week with just 161,175 head put through the east coast saleyards.

This is 17 per cent below the five year average for this time in the season with NSW feeling the worst of the shrinking numbers, yarding 30pc fewer lambs than the week before.

But what was also lower was lamb prices, especially for the heavier weights.

Heavy lambs had the biggest downturn dropping 30c/kg with feedback from agents and buyers suggesting that the coronavirus pandemic related repercussions in the food and retail sector are still affecting the export market.

"A lot of the high end cuts are targeted into the food service industry, which has been pretty much non-existent the last two months which is putting pressure on the export demand," Mr Croker said.

"All we can hope for is as countries start to open back up and drop their restrictions, then we might see a little more demand overseas for our products."

At Bendigo the National Livestock Reporting Service (NLRS) quoted between 680c/kg to 780c/kg for an average of 750c/kg for the heavier types.

At Wagga Wagga, the NLRS reported 30kg lambs averaged 749c/kg and despite major domestic buyers operating, with the bulk of the trade lambs averaging from 888c/kg to 906c/kg.

Receiving better support was mutton with the National Mutton Indicator lifting by 2pc, closing at 672c/kg.

But declining supplies and softening prices is not a good sign for demand with agents expressing the real test will come in six to eight weeks time when lamb supply starts to ramp up.

According to Mr Croker, there will be a lot of good quality new season lambs hit the market at Wagga in about six to eight weeks.

"Hopefully in the short-term, trade lambs will stay in the $8.50/kg to $9/kg realm, but it's really anyone's guess," Mr Croker said.

"The whole year has been thrown on its head with the Covid-19 outbreak so I don't think anyone can tell you exactly what is going to happen down the track."

He said if the market tracks the way it normally does, as supply lifts in the springtime, the market will be expected to ease off a bit.

"There is always a relatively constant demand domestically for lamb," he said.

"So as long as that continues to underpins it."

Sponsored by
Mature cow body composition, immune competence and tropical adaption under the spotlight
Test
Australia's farm production has been forecast to surge past $66 billion with a bumper crop pushing forecasts $400 million higher than expected.
Test
A-UK FTA a 'quality outcome with a long-term partner', say beef, sheep leaders
Test
Urea prices have climbed steeply over the past month - what is driving the worldwide price rise?
Test
Australian Dairy Industry Council welcomes announcement on FTA with the United Kingdom.
Test
Federal Environment Minister Sussan Ley is open to legalising a new poison which could potentially decimate mice numbers along with non-target species.
Test
Dairy chiefs call for more protection for co-ops
Test
Another fall in the Global Dairy Trade auction on Tuesday night is not a concern, according to dairy market analysts.
Test