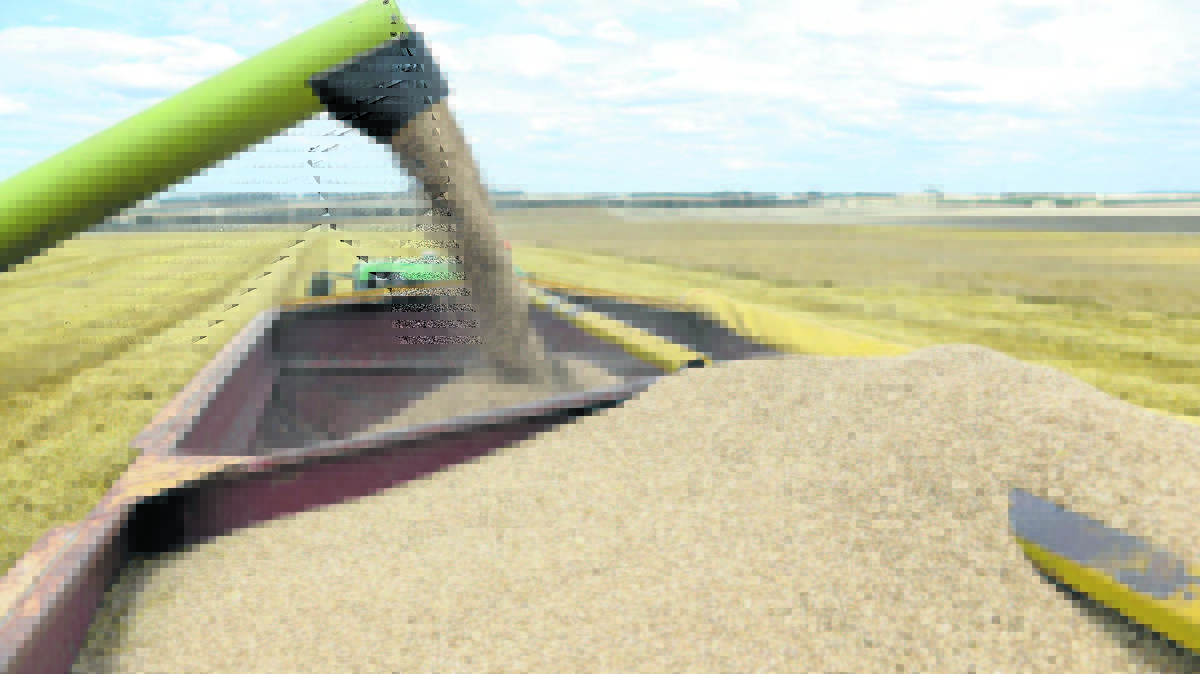 Wheat supplies may be down in some parts of the world this year but demand remains a big unknown.

The northern hemisphere winter crop harvest is underway amid escalating fears that a second wave of COVID-19 infections - particularly in the United States and Brazil - will lead to new lockdowns and lower global grain demand, and exacerbate the enormous economic impact of the worldwide pandemic.

Trade on the day was highlighted by the absence of substantive buying interest on both the domestic and export front.

Matif milling wheat futures also slipped to a three-month low on Friday. But these may find support this week after the European Commission further reduced its forecast for this season's European Union soft wheat harvest by 4.3 million tonnes to 117.2 million tonnes.

This estimate excludes the United Kingdom. If its wheat crop is 10 million tonnes - and if there is an EU durum harvest of 7.4 million tonnes - the combined total is well below the US Department of Agriculture's (USDA) June estimate of 141 million tonnes for the EU27 countries and the UK.

But many in the trade view the European Commission's forecast as far too low, with crop conditions improving in Germany, central Europe and the Baltic States throughout June.

Last Monday, the USDA pegged the US winter wheat harvest at 29 per cent completed, and that number jumped sharply to 41 per cent in this week's report - after seven days of favorable harvesting weather.

The winter wheat conditions were reported at 52 per cent 'good-to-excellent', which was slightly higher than reported a week earlier.

The surprise in last week's numbers was the deterioration in the condition of the US spring wheat crop, which fell six percentage points to 75 per cent 'good-to-excellent'.

Despite beneficial weather across the northern plains, that figure fell a further 6 points to 69 per cent in the latest crop progress update released on Monday this week (US time).

In Europe, the French wheat harvest is picking-up in the south. But there are fears of fusarium disease developing in the northern areas following recent rains.

Initial cuts in the south west are showing good grain protein and test weights, but crop yields are well below the exceptional levels that were seen last year.

FranceAgriMer estimated that 56 per cent of the country's wheat crop was in 'good-to-excellent' condition, which was unchanged from a week earlier.

FranceAgriMer rated the winter and spring barley crop conditions as 51 and 54 per cent 'good-to-excellent' respectively.

Harvest in the Black Sea region has finally started after low temperatures and some wet weather in late May and early June delayed ripening of the crop.

The market is eagerly awaiting early winter crop yield trends, as this will set the tone for global export values in the next few months.

The Stavropol region in the south of Russia is a key export-producing region. Its winter crop harvest is reported to be about 9 per cent complete, and is predominantly barley at this early stage.

Anecdotal reports put early crop yields down by about 40 per cent compared to last year, but cannot be considered representative of all crops in the region at this early stage of harvest.

This bodes well for wheat production, as this crop was sown later and is not expected to have been as severely impacted by frosts and early spring dryness.

Spring wheat crops in Russia and Kazakhstan still have at least six weeks to go before they are 'out of jail'.

It has been relatively dry throughout June, but the chances of rainfall in the next few weeks has improved.

The Ukraine harvest is lagging behind last year's early pace, but has started ahead of the five-year average. About 125,000 tonnes of grain was in the bin as of late last week, predominantly barley. Early yields are poor, averaging about 3 tonnes per hectare, but higher levels are anticipated as the harvest accelerates.

The size of the Russian crop is the pressing question.

The Russian Agriculture Ministry has it pegged at 75 million tonnes, but in June the USDA's estimated figure was 77 million tonnes.

The lack of demand and commercial activity in the export market remains notable, with consuming nations waiting on the European and Black Sea harvests to ramp-up to full pace - and the weight of new crop supply to pressure prices lower - before extending cover.

However, there already appears to be tightness in Black Sea wheat due to the lack of farmer selling.

According to local analysts, this could easily extend well beyond July as Russian farmers are on the cusp of a huge sunflower seed crop. This is worth a lot more than wheat and takes up double the storage capacity.

After getting their butts handed to them last year, there is a decided reluctance on behalf of exporters to go hard at selling new crop ahead of harvest - especially with historically low carry-out stocks.

Based on last year's experience, going short harvest positions in front of the Russian farmer is quite a high risk, low reward strategy.

Except for Australia and Russia, world wheat production estimates appear to be on the decline - ironically at the same time as most futures markets are falling to multi-month lows.

Carry-out stocks among the major exporters are also estimated to hit multi-year lows. But it is the demand side of the equation that continues to cloud the picture.