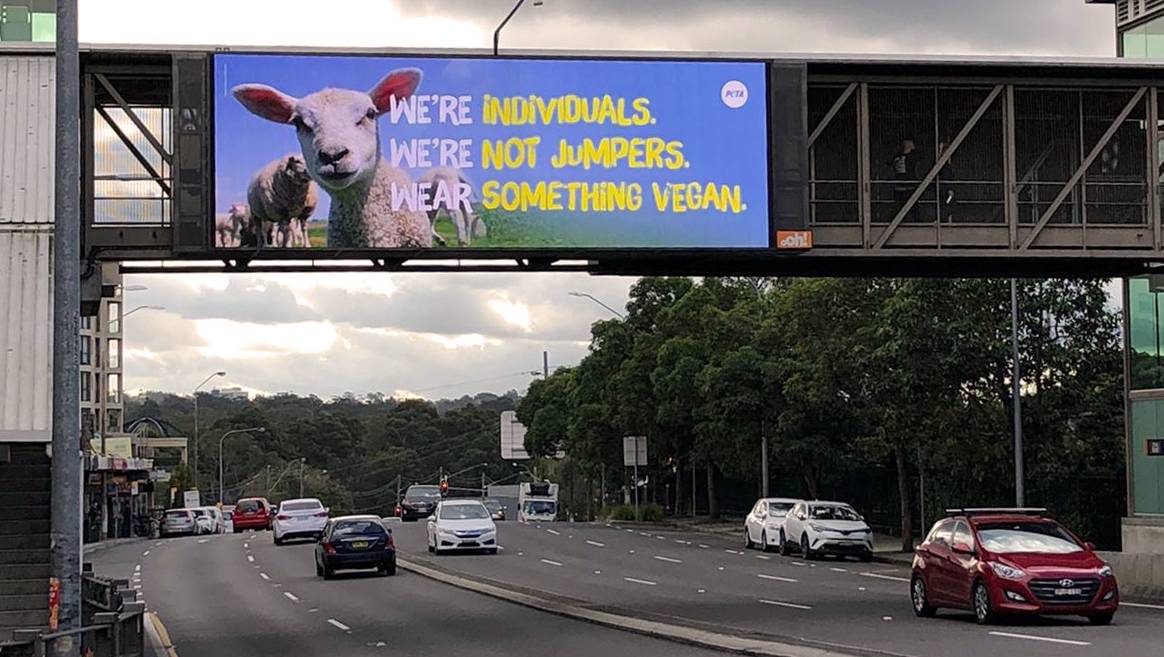 PETA has launched a billboard campaign attacking the wool industry.

PETA has launched a campaign targeting the wool industry but there's not a lot of concern that their message will be taken on board by everyday consumers.

PETA has launched a campaign targeting the wool industry but there's not a lot of concern that their message will be taken on board by everyday consumers.

Three billboards have been erected in Sydney - one on Beecroft Road in Epping, one on Princes Highway in Gymea, and one on Parramatta Road in Leichhardt - featuring a picture of a lamb and the words 'We're individuals. We're not jumpers. Wear something vegan.'.

Along with the billboards, PETA claims Australians are turning their backs on the wool industry.

"Consumers don't want to contribute to a trade that hacks off the backsides of lambs, perpetuates violence towards animals in its shearing sheds, and ultimately sends animals to slaughter once they're no longer considered useful," PETA spokesperson Emily Rice said.

"Sheep value their lives, just as we do; they are not ours to use for clothing."

But despite the prominent placement of the billboards, WoolProducers Australia chief executive Jo Hall said most people didn't take much attention of what PETA said because they were "renowned for lying".

"They've got a history of making far-fetched and false accusations, not just against wool but across all livestock industries," Ms Hall said.

"In terms of their reputation, a lot of people know that they lie; I don't think your everyday urban consumers take a lot of notice of what they say.

"PETA preaches to the converted."

She said it still wasn't ideal having a negative message spread so widely about the industry, but she was sure most people already knew about wool's positive credentials.

"The sustainability and biodegradability of wool is well-known," she said.

And she said wool producers should continue spreading positive messages about their on-farm practices and the benefits of the natural fibre.

"Wool growers are the best advocates of our wonderful product," she said.

"We see a lot of great stories put on social media and that should be the focus."