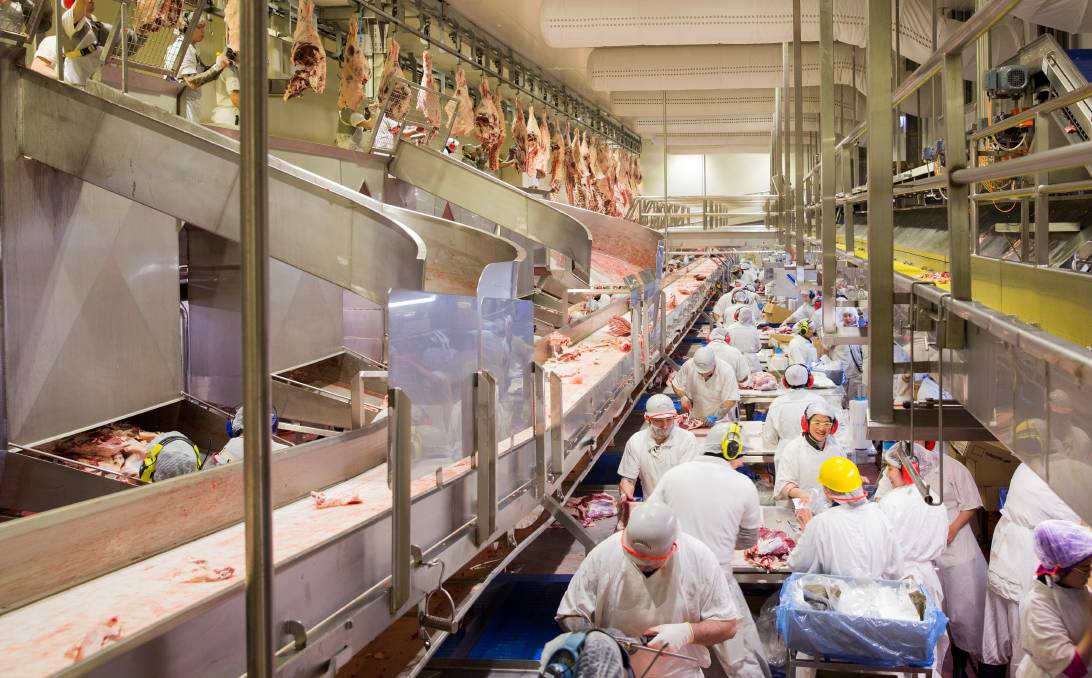 UNFAIR: Australian Meat Industry Council CEO Patrick Hutchinson says there has been an over-emphasis of cases being linked to the Australian meat industry.

Ken Wilcock notes that Australian Meat Industry Council has rejected suggestions that the meat industry is a responsible party in the transmission of coronavirus.

WITH 532 new cases overnight of COVID-19 recorded in Victoria on Monday this week, Premier Daniel Andrews has foreshadowed the possibility of industry-wide closure of worksites, including meat processing facilities, if people continue going to work with symptoms.

Quoted widely in Victorian media the Premier said, "It's not just cool stores, meatworks, abattoirs, whatever you want to term them, it's not just big warehouses, distribution, freight, logistic centres, there's a lot of different sites, aged care, healthcare, the list goes on.

"The next steps may well have to include closing a number of these industries if we continue to see people attending work."

Australian Meat Industry Council has responded quickly to refute any suggestion that the meat industry is a responsible party in the transmission of coronavirus due to recent cases being brought into processing plants in Victoria.

CEO Patrick Hutchinson said "This is a public health issue and a community transmitted virus, not a meat industry or food safety issue.

"There has been an over-emphasis of cases being linked to the Australian meat industry, yet the virus is being transmitted in the community, not generated from within any particular industry."

Mr Hutchinson stressed the commitment of AMIC members to implementation of functional plans to minimise the risk of spreading the virus among staff.

"The impact of any potential closures of processing plants has a flow through effect to our wholesalers and retail network chains, which ultimately impacts our farmers and producers," he said.

"We do not want to see the shut-down of our industry due to changing rules that we have limited to no control over.

"As such, we are working closely with Department of Health and Human Services and those members that have been impacted to ensure minimal interruption to business operations and communicate a clear set of expectations and response procedures."

THE latest climate outlook issued by the Bureau of Meteorology last week provides some hope that the second half of this year might resemble the sort of season last seen in 2016.

Driving this optimistic prediction is the expected development of La Nina conditions in the Pacific Ocean and warmer than average waters in the central and eastern Indian Ocean.

In consequence, the August to October period is likely to be wetter and warmer than average over most of Australia.

Rockhampton agent Brad Mulvihill thought this year was already shaping as a more consistent year than 2016 with good rain generally in a 500km radius of the central Queensland beef capital and a very mild winter thus far.

He said he had been out and about a fair bit in recent days and everywhere was looking pretty good. If August rain does materialise, it would take them through at least to Christmas.

Cattle numbers however might be another matter in the next couple of months.

Low calving percentages on the back of last year's poor season is contributing to a general shortage, with more people chasing cattle than wanting to sell.

Brad said he couldn't see much change in the foreseeable future.

Even if prices do ease a touch, there is every expectation that would bring live export back into play which of itself would help keep prices up there.

Before the hike in prices, shipments out of Port Alma were a regular monthly occurrence but had since come to a standstill.

RAIN which developed last week and culminated in a severe coastal low pressure system has brought good falls of up to 150mm along the central and southern coasts of NSW with lesser totals stretching from the elevated region of eastern Victoria to parts of south-eastern Queensland.

To the extent that trends can be gauged from such small samples it appears that the rain has not rallied any extra support from processors in the cow market.

But given the strengthening Australian dollar and lacklustre interest from the United States for imported lean beef, it is not surprising that the market is unmoved.

Grid rates remain largely within 10c of where they were last week with southern Queensland majors offering 630c for 4-tooth ox and 550-560c for heavy cow.

Reportedly the mood in marketing departments is sombre and the latest report from Steiner explains why.

Trading volume from Australian processors remains light and large buyers in the US are reluctant to put any significant orders for forward time slots due to uncertainty about demand outlook going into their autumn.

Any buying that is taking place is to keep flow moving and get some replacement product on the books.

Worryingly Steiner notes that lower prices for South and Central American lean beef are slowly becoming a factor in the market.

They believe it is only a matter of time before more users approve this product in their specifications.

It used to be that Australia/New Zealand was the benchmark for imported pricing in the US but the market is becoming more diversified.

It currently exceeds both Australia and New Zealand and is second only to Canada.

Against this background, Australian cattle prices could be expected to come under considerable pressure but for the fact that supply is such that full production cannot currently be maintained.

In this environment large, double-shift works are particularly vulnerable.

Even with significantly reduced throughput per shift, there is huge fluctuation week-to-week in the number of shifts able to be maintained and the immediate future looks no better.