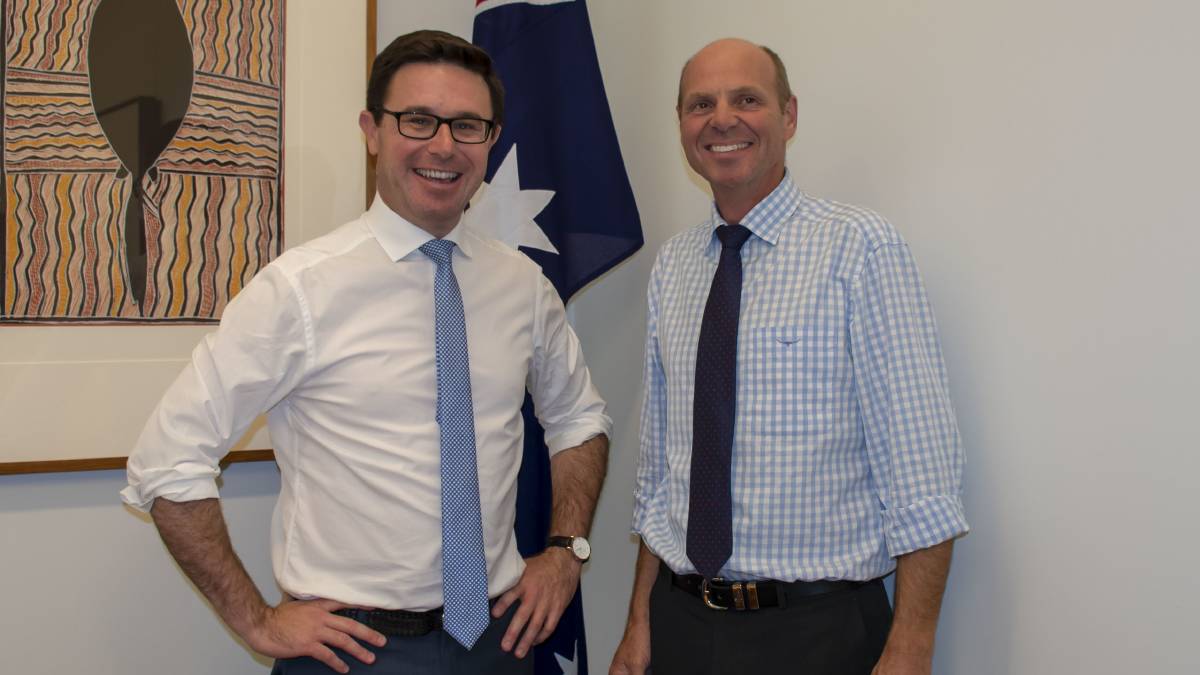 David Littleproud (left) is working with John Woods, chairman of the Council of Rural RDCs to help agricultural research agencies to achieve more.

Ag RDCs need to collaborate better and deliver more for levy and tax payers according to ag minister David Littleproud.

GOVERNMENT funded research and development corporations (RDCs) have been put on notice, with federal agriculture minister David Littleproud flagging a shake-up of the sector to create better efficiencies.

Speaking at the Australian Grains Industry Conference (AGIC) Mr Littleproud said the government was looking to modernise the RDC model.

In particular, Mr Littleproud said the government would target costly duplication of services.

"We need better collaboration and coordination among the RDCs to avoid duplications, what we want to see is work that makes money for levy payers and for tax payers in general," Mr Littleproud said.

"There are times when three or four RDCs are conducting basically the same work and that is just not efficient.

"The RDCs need to be accountable in what they are doing and they need to be consulting with levy payers.

"Part of that accountability needs to be strong consultation with their levy payers and demonstrating the outcomes they can achieve."

Mr Littleproud also said there needed to be a greater focus on commercialisation of work.

"Getting those great research projects into the commercial sphere needs to be a goal," he said.

He said an added focus on commercialisation would provide a valuable source of income for the RDCs in light of static government investment.

"I've got no more money to give, I'm not taking any out but there is no more to put in."

Mr Littleproud said he was working with Grains Research and Development Corporation chairman, and now Council of Rural RDCs chairman John Woods on how to best upgrade the RDC model to achieve some of these outcomes.

He said Australia could improve in its ag R&D performance, highlighting that the nation ranks 20th in the world for commercialisation, compared with the US and Holland, both of which have similar sized government research communities, at four and six.

Mr Littleproud felt the RDCs were currently skewed too far towards research at the expense of development.

However, he was optimistic R&D would play a big role in helping the ag sector overall grow.

"R&D is going to be the next pillar of growth in agriculture," he said.

"It will provide a great way of attracting our best and brightest, who may not be able to go back to the farm themselves, back to our regions, the new industries around R&D will give them that opportunity."

"We've lost a generation of young people out of rural and regional Australia and out of agriculture.

"We need to change that."