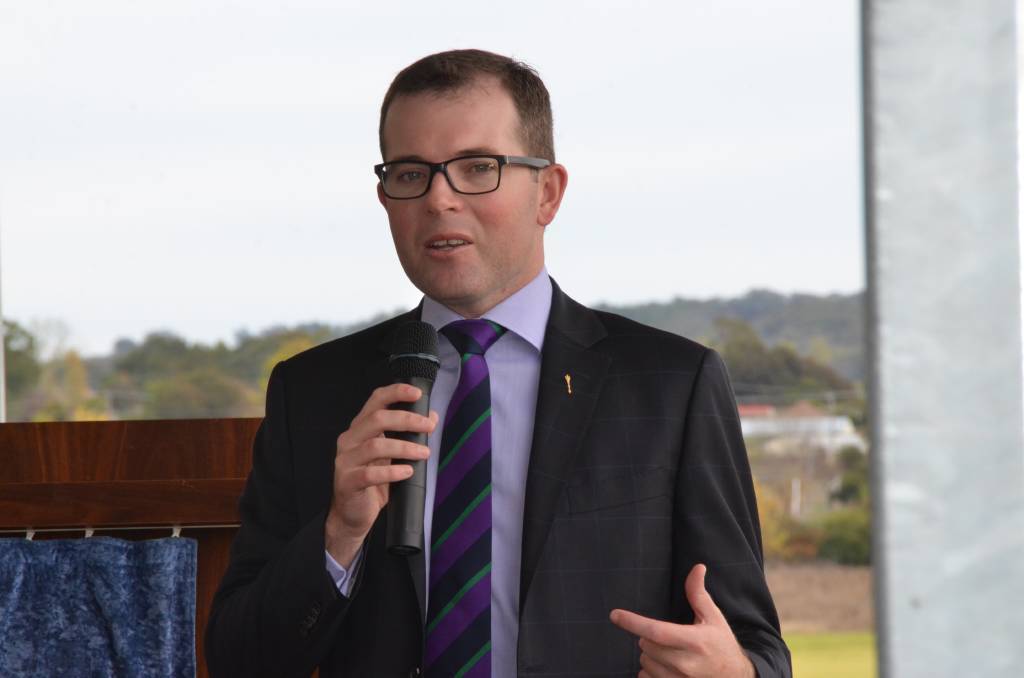 The ag industry should be treated the same way as the freight industry, NSW Ag Minister Adam Marshall says.

Marshall says code must 'have teeth' and be mandatory

D-Day for a national agricutural workers' code on Friday dawns with no clear sign all states and territories will sign up to break the border stoush.

Talks on Wednesday between state, territory and federal ag ministers did not reach a concrete conclusion, but NSW is expressing hope that "national leadership" may get a mandatory code for ag worker permits over the line.

NSW wants any system brought in almost immediately if national cabinet agrees to it on Friday. NSW says it will try and organise its own one on one agreements with Victoria or Queensland if the national push fails.

But at the moment, Queensland has indicated it won't be changing any border restrictions and there appears to be a breakdown in communication between premiers to help solve the crisis that is not only hurting the agricultural industry but families with school boarders interstate and people seeking their normal medical care interstate in border areas.

Thrown into the mix has been the terrible fire at Mungindi on the border with the town losing its supermarket placing residents in an impossible position to get food 150km away at Moree, and then risk their ability to seek medical care if needed with the Mungindi hospital across the border.

NSW Agriculture Minister Adam Marshall says the ag industry should be treated the same way as the freight industry.

"I've been very clear on this issue. So long as there are sensible safety measures in place, there should be no restrictions on the movement of agricultural workers across state and territory borders," Mr Marshall said.

"I have put forward a sensible proposal which would achieve just this. This proposal was considered by a meeting of Agriculture Ministers ahead of National Cabinet on Friday.

"What I hope to see is a mandatory code that would compel jurisdictions to remove farcical border restrictions. This will be a test of National Cabinet. The agriculture industry is too important and we cannot countenance further delays or a watered down code consisting of meaningless motherhood statements.

"A National Code for the freight industry is already in place and this should be the benchmark for what comes out of National Cabinet.

New requirements would be introduced to ensure the safety of primary producers and rural communities, including having a mandatory COVID Safe Plan in place, the use of PPE by workers as well as robust records keeping to allow contact tracing

The National Farmers Federation has also issued a mayday call for someone to show some leadership on the issue. The NSW-Queensland border bridge at Goondiwindi.

It said back on August 21, National Cabinet committed to develop a national solution to agriculture's border crossing issues within two weeks. "Less than 48 hours out from that deadline and the NFF is demanding governments sort out the mess and agree on a satisfactory code."

"It's simply not good enough that our most senior leaders: ministers, premiers, chief medical officers and top bureaucrats, cannot arrive at a solution that will both safeguard human health and enable food and fibre production to continue as required," NFF CEO Tony Mahar said.

"How hard can it be?

"A workable code for the freight industry was developed and has been successfully implemented. However, for some reason the industry and the people behind producing food and fibre and keeping our supermarket shelves stocked, don't deserve the same attention or priority?"

"We will be living under the cloud of this wicked pandemic for the foreseeable future.

As a nation we need to adapt to a new norm.

"Safeguarding the health and wellbeing of Australians is the number one priority and a risk-based approach must be taken to stopping the spread.

"With no cases west of Sydney in NSW and Brisbane in Queensland, it simply does not make sense to curtail the movement of farmers and farm workers, for example between Moree to Goondiwindi.

"The stretch of land between Mildura in Victoria and Longreach in Queensland is COVID case free!"

Mr Mahar said a city-centric, bureaucratic, black and white approach to borders, was crippling the bush, which, without this had been on the long path to recovery following, for some, consecutive years of drought.

"Since Federation, Australia has operated with soft borders, yet less than six months of navigating this pandemic, and we find ourselves existing like eight separate nations.

"It's not how Australia functions and it's simply not sustainable."

Mr Mahar said the fruit and vegetable picking season had already begun and the grain harvest was just around the corner.

"We are fast approaching the time where fruit and vegetables will rot on the vine, and grains will remain unharvested. That is essentially all our farmers' hard work for one year left to rot in the paddock.

"This is not only a devastating blow for farmers and the bush but it will impact the price and availability of fresh food across Australia.

"This is a mayday call to those who we call our leaders - work overtime between now and Friday to achieve a nationally-consistent Code.

"Anything less will demonstrate utter contempt for agriculture, regional communities and all Australians who depend on quality food and fibre."