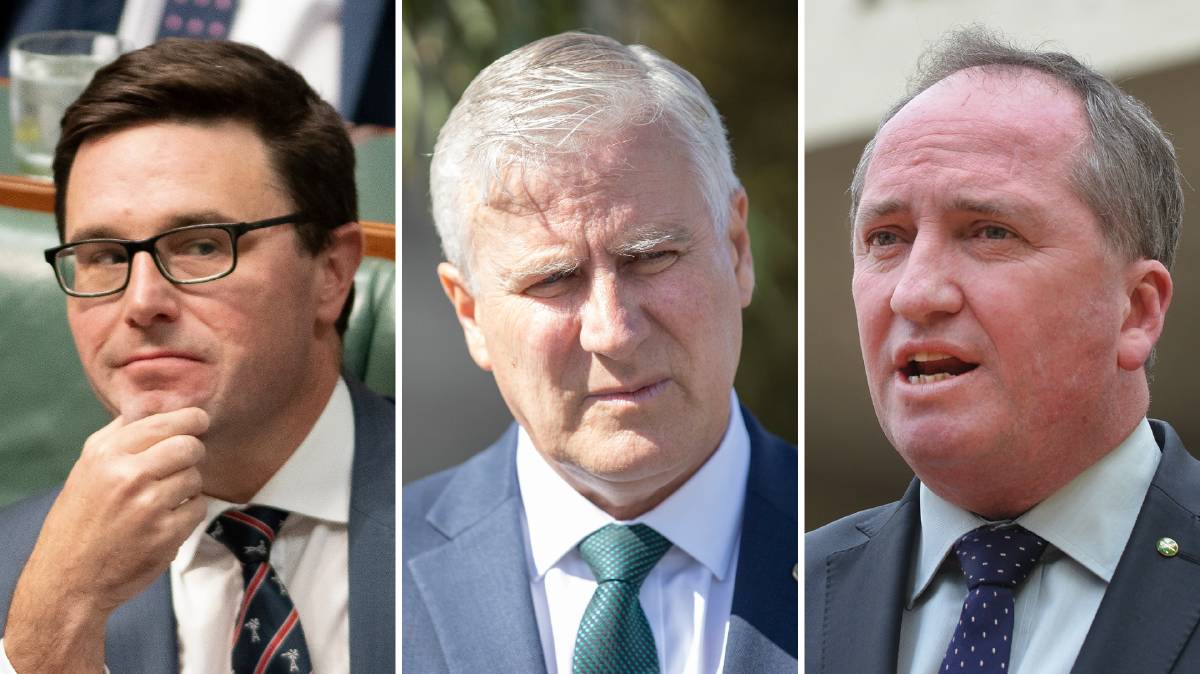 "People need to understand last year was climate change in action - it's not just drought, it's more frequent adverse and unfavourable weather conditions."

FARMERS are becoming increasingly concerned about the first-hand on-farm effects of climate change, and many are disappointed the messaging from senior Nationals politicians is increasingly out of touch with their traditional constituents.

The National Farmers Federation recently united the broad church of agriculture behind a 2050 carbon neutral target, however the move was met with scorn by several Nationals politicians.

Stanthorpe-based winemaker Mike Hayes came in to his most recent vintage with drought, which was followed by fires in October, frost in November, hail in December, floods in January and insects in February.

Mr Hayes said farmers were hurting and the party that was meant to represent them wasn't listening.

Nationals MP and Agriculture Minister David Littleproud criticised the NFF 2050 target as an aspiration to give "a warm, fuzzy feeling at night", but it "will achieve zero".

Mr Hayes said the Ag Minister's "insane" comments deserved the "same contempt in which they were uttered".

"I'm not a greenie, all my life I've been a conservative voter and I'm scratching my head," he said.

"[Littleproud's] concept of this not being achievable is giving up before we've even started. We all need to have a crack.

"The Nationals are massively out of touch with the farmers and people on the land. Akubra and RM Williams will be the only regional companies left supporting them, because when they come out here to kick dust, that's what they wear."

In February, Deputy Prime Minister Michael McCormack expressed scepticism about NFF's 2030 target to trending towards carbon neutrality and didn't respond to questions asking if he felt the same way about the 2050 target.

Former Nationals leader and New England MP Barnaby Joyce said climate action had been "predominantly driven by a construct of the policy desires of an urban constituency", which was "ultimately pushed upon the rural constituency".

Rob Lee, a sheep and cattle farmer 60km north of Orange in NSW, is sceptical of Nationals Party's motivates, given the "indisputable impact" global warming was having on the ag community, with "longer, harsher drier periods and shorter, sharper wet periods".

"It's flying in the face of evidence and the scientific research most people in their electorates trust, and they muddy the waters time and time again."

The Nationals' policy acknowledges climate change is a reality and Mr Lee said as a conservative voter, he was appalled to see senior party members deliberately undermining efforts to bring about action in the ag sector.

"The Nationals have strongly and directly aligned themselves with mining companies, which I find to be a betrayal," he said.

Central Queensland cattle grazier Will Graham said there were still a lot of people in the region who thought global warming was "hocus pocus", but there had been a noticeable shift in the opposite direction.

"More and more people think something needs to be done," Mr Graham said.

"There is a shift towards people agreeing that if the temperature continues to rise, humanity is in trouble."

Mr Graham, a Liberal-National Party member, also questioned the motives of those Nationals criticising the NFF's 2050 target, and who they considered to be their constituents.

"One also has to consider why they would rubbish a policy, which surely could only be in the national interest," he said.