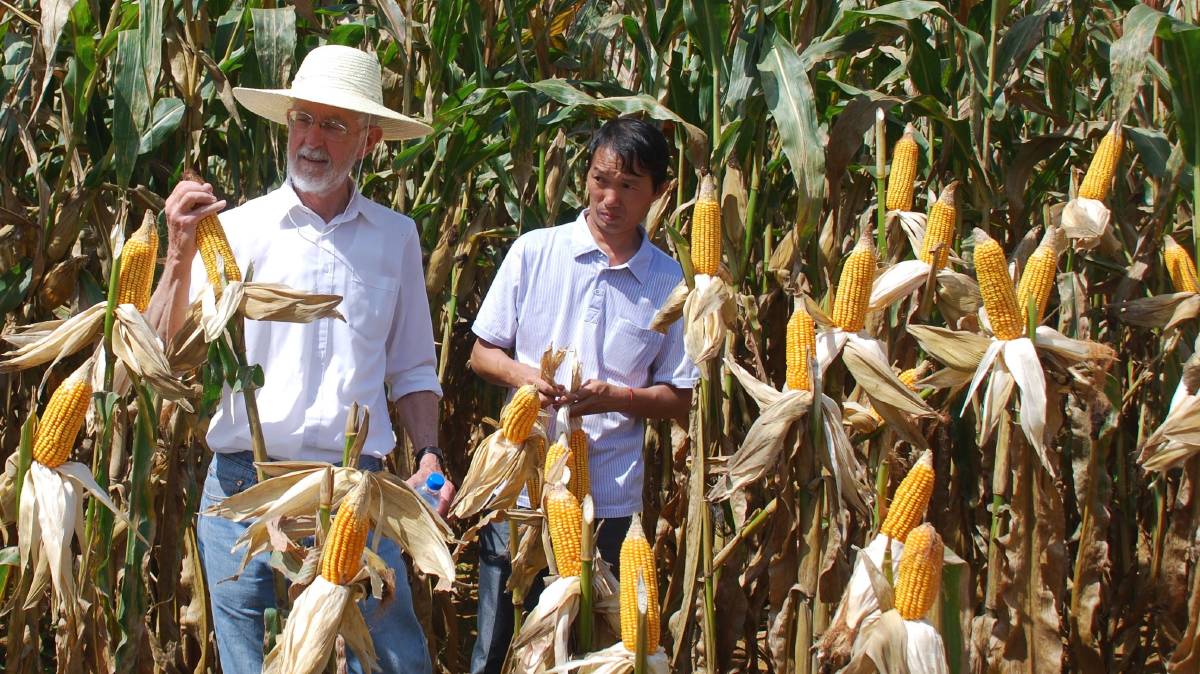 Robin Graham (left) at work on a corn project in Yunnan, China.

The South Australian pioneer of plant biofortification has died aged 80.

Professor Graham was especially influential in the field of biofortification.

"In 1993 I travelled to nine CGIAR (Consultative Group for International Agricultural Research) to inquire what plant scientists thought about the feasibility of breeding for minerals and vitamins in food staples," Dr Bouis said.

"The almost universal response during my conversations across the nine centres was 'no,' there will be a tradeoff between mineral and vitamin density and yield," he reminisced.

He said Dr Graham and his colleague Ross Welch had taken on the challenge.

Dr Graham's background as a professor of plant nutrition at the University of Adelaide and Dr Welch's experience in soil science meant they were able to work on developing seeds with higher zinc levels.

Eventually the work of the three men played a key role in the fortification of rice that has been so successful in concepts such as high iron 'iron rice'.

Prof Graham won a host of prestigious scientific awards during his career such as the C.M. Donald medal in 2008, awarded by the Australian Society of Agronomy biannually to an eminent Australian agriculturalist for a long and distinguished career.