MILITARY PRECISION: Tristan Steventon said his career in the Amy where he received large amounts of information and then had to act on it has helped shape his attitude to using data collected by drones for better and faster decision making in agriculture.

New software is helping farmers find many new ways to use drones to improve their bottom lines.

An explosion of new software is triggering a surge in the use of drones on farms, says a former Australian Army officer who has founded an ag-tech company built on collecting data using the machines.

Tristan Steventon spent 20 years in the military before returning to his farming roots in the Parkes district of Central West NSW.

Mr Steventon said he established StevTech in late 2016 with drought starting to bite and a residual scepticism still lingering among farmers about the value of drones to their businesses.

He said some people had flogged drones to farmers with grand promises but delivered little in the way of training, software and technical support. DELIVERING A PAYLOAD: Drones have the potential to do a number of key jobs in agriculture much quicker and cheaper.

But since then software had exploded "in 7000 directions all at once" which was allowing the translation of vast amounts of paddock and crop data gathered by drones and other platforms into cost-saving and yield-boosting solutions for farmers.

Farmers were now recognising the "massive savings and massive increases in yields" they can get from drones and knowing how to use them properly, he said.

Mr Steventon said while drones and sensor technologies were constantly improving, the biggest gains had been made in software.

He said the same sensor he used in 2016 to create NDVI (vegetation) maps for variable-rate nitrogen application in crops would probably be able to now individually measure the height, canopy volume and health of every tree in a citrus orchard. The difference was the huge leaps in software.

StevTech staff are now mainly working with agronomists and some bigger agricultural companies.

The company's two units, each equipped with three drones of differing capabilities, operate through the NSW Central West and Riverina and also venture into Victoria and Queensland. 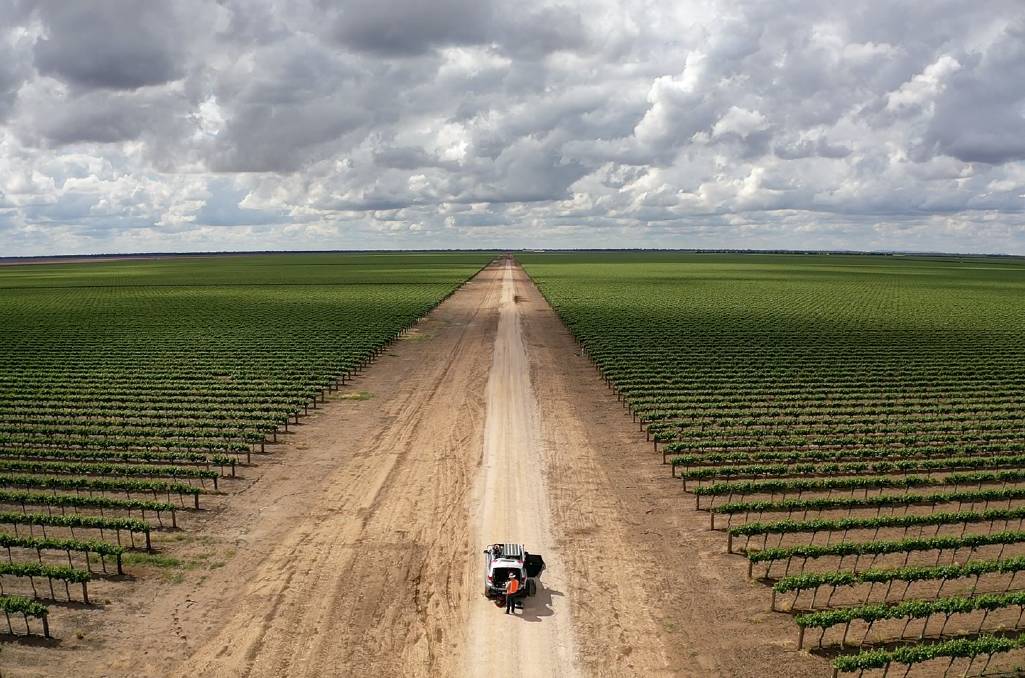 ZOOMING AHEAD: Tristan Steventon from StevTech says software is powering many new uses for drones in the skies over Australian farms.

They collect as much crop and field data as they can, mainly from their drones, and then crunch the information through software programs to deliver simple management and decision-making options and solutions to clients to improve their bottom lines.

Services ranged from mapping a fallow paddock to identify the location of weeds to produce a GPS file for loading into a spray rig to providing orchardists with accurate pre-harvest information about the size of both their crop and fruit.

Drones were being used to scan crops such as cotton or faba beans with five or six images per hectare at a very high resolution for analysis through a machine learning logarithm programmed to locate and map things such as nutrient deficiencies, insects and insect damage, diseases and weeds by species.

"That's probably one of the most advanced things we are doing at the moment because it is interfacing directly with that AI image recognition stuff," Mr Steventon said.

Ben Watts, who is involved with NSW Farmers Association programs to teach farmers how to fly and use drones, said agriculture was now an industry leader in terms of the numbers of licensed and compliant operators.

Mr Watts operates Bralca, a diverse and innovative family business at Molong in Central West NSW, which includes a Merino stud and a range of drone services.

He said drone use in agriculture was rising along with the number of jobs they could do.

While the big application drones (around 40kg) generated the most excitement at field days, a commercial pilot's licence was needed to fly them, he said.

"They're great and they have an application (particularly for herbicide and fertiliser delivery) but on a lot of farms we are now seeing very clever, innovative, high-tech gear being embedded within a usable drone that can be put on somebody's backpack," Mr Watts said.

"The classic is a drone in a box on a ute but we are seeing more drones on the front of ATVs or side-by-sides, they are using them to help spot stock and get them started for mustering."

Drones meant riders on ATVs or side-by-sides didn't have to risk accidents by going into "crazy steep" terrain to find animals.

Mr Watts said he had seen people on horseback mustering in the Snowy Mountains with drones in their backpacks which were launched to find the whereabouts of cattle in tough terrain.

Consumer-type drones had been launched since Christmas with both visual sensors and genuine thermal cameras which had opened up new potential uses for farmers.

For example, the thermal cameras could be used to spot leaks in water pipes in green grass, he said.