Fruit Growers Tasmania says the industry has an "image problem".

Tasmania's agriculture industry is hurtling towards its harvest season, but it faces a significant challenge - its seasonal workforce.

A national report released this week showed the workforce is predicted to by 26,000 people short this year across the country, compared to previous years.

The industry, like many others, is facing significant headwinds due to the coronavirus pandemic, but it also faces historical stigma and biases from the local jobseeker market.

Historically, local people don't apply for harvest jobs, or they don't stay the distance for the entire picking or packing season.

Traditionally, this workforce was made predominately of seasonal workers from the Pacific Islands, or international backpackers, who take advantage of the working holiday visa.

However, this year, the borders have slammed shut in Tasmania, and the state's residents have been asked to step up and give picking and packing jobs a go.

But feedback suggests that still isn't the case, with many people reporting that farms or labour-hire companies are not returning their calls to express their interest, or that producers are not experiencing the significant uptake from locals they require.

Here we take a look at the background of the historical stigma faced by the agriculture industry and what stops people from applying and participating in these jobs?

How are seasonal jobs paid, and at what rate?

The first and significant difference between an agriculture picking or packing job and run-of-the-mill traditional employment is pay.

In Australia, the horticulture and wine industries are governed by an award - a legal document that regulates employer-employee relations.

However, embedded within those awards is a pay rate known as a piece rate, which is often used in lieu or conjunction with hourly rates of pay on farms - depending on the work required.

A piece rate is determined per farm, and per industry, for example, fruit picking is different from vegetable or grain picking.

It is set in a written agreement, signed between the producer/employer and the employee and can't be changed.

If a piece rate is changed, it also has to be done in writing.

A piece rate in the horticulture industry is set by taking into consideration things like:

Some work on a farm is paid at an hourly rate, and seasonal workers may be required to work tasks that result in remuneration that is a combination of hourly rates and piece rates.

Piece rates in the horticulture industry are also set to ensure an average competent worker can earn 15 per cent more than the hourly rate; in the wine industry that grows to 20 per cent more. 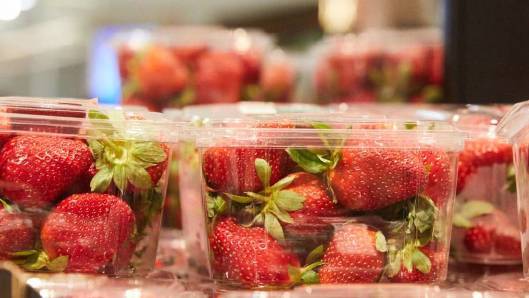 Why does the industry need Tasmanians?

A new report released this week predicted the Australian horticulture industry would be 26,000 workers short this picking season.

The seasonal horticulture labour demand and workforce study believes that gap will begin in November and peak mid-March next year. In Tasmania, harvest season begins mid- November and runs until March to April.

"Immediate interventions are required to increase the availability of willing and able workers to work on fruit and vegetable farms, including the urgent prioritisation of the Seasonal Worker Programme to resume flights to neighbouring countries with ready workers wanting to work on our farms and appropriate incentives in place for domestic workers who are willing and able to work on our farms," AUSVEG chief executive James Whiteside said.

Tasmanian borders have been closed to seasonal workers for much of the pandemic.

However, the state did recently sign up to the federal government's resumption of the seasonal worker program, which could allow interstate workers to receive exemptions.

Premier Peter Gutwein is expected to give an update about Tasmania's border situation, on Friday.

He has previously foreshadowed an early opening date for October for states that have reduced risk of COVID-19.

"Growers always have a preference to employ local workers, particularly during the current economic environment that is resulting in many Australians losing their livelihoods, but more needs to be done to develop targeted incentive packages to entice willing and able local workers to work on farms," Mr Whiteside said.

What stops locals from applying?

He said the industry was tarred with the brush of it being hard work, and many people shunned the idea of the piece rate.

"The piece rate is an important efficiency measure, if agriculture moved to an hourly rate productivity would go down and so would the imperative to pick quickly and efficiently," he said.

He said many people viewed it as hard work, that was not conducive to making money when the opposite was true.

"There is good money to be made for people who want to get in and give it a go," he said.

While working outdoors sounds like heaven for some, it is not for everyone - and it's that distinction that also acts as a deterrent.

However, Mr Cornish said there were a variety of roles and jobs available to suit everyone and their personalities. 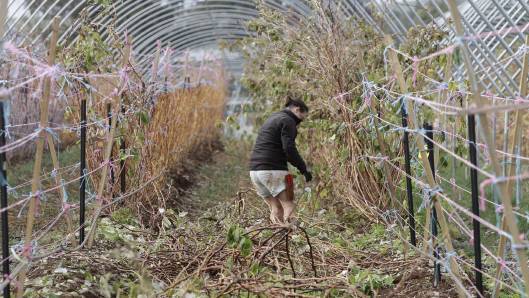 Exploitation - the elephant in the room

A crucial deterrent in the seasonal worker puzzle is the problem of exploitation within the industry.

Some people shun the agriculture industry en masse as they feel it's rife with exploitative practices such as underpayment or harmful conditions.

Mr Cornish said the industry battled with that perception daily, but in Tasmania, it was a practice that was condemned.

"We abhor and condemn any sort of exploitation, in whatever form it comes in," he said.

While there are always some people who take advantage of the system, Mr Cornish said it was not rifer in the horticulture sector than in any other workplace - at least not in Tasmania.

He said seasonal workers, whether they were locals, interstate or international, became ambassadors for the farms they work at, for the industry and Tasmania.

So the majority of producers worked hard to ensure they receive fair and equitable treatment and have a good time.

However, he said it didn't mean exploitation could be eradicated, and those instances were damaging fo the industry.