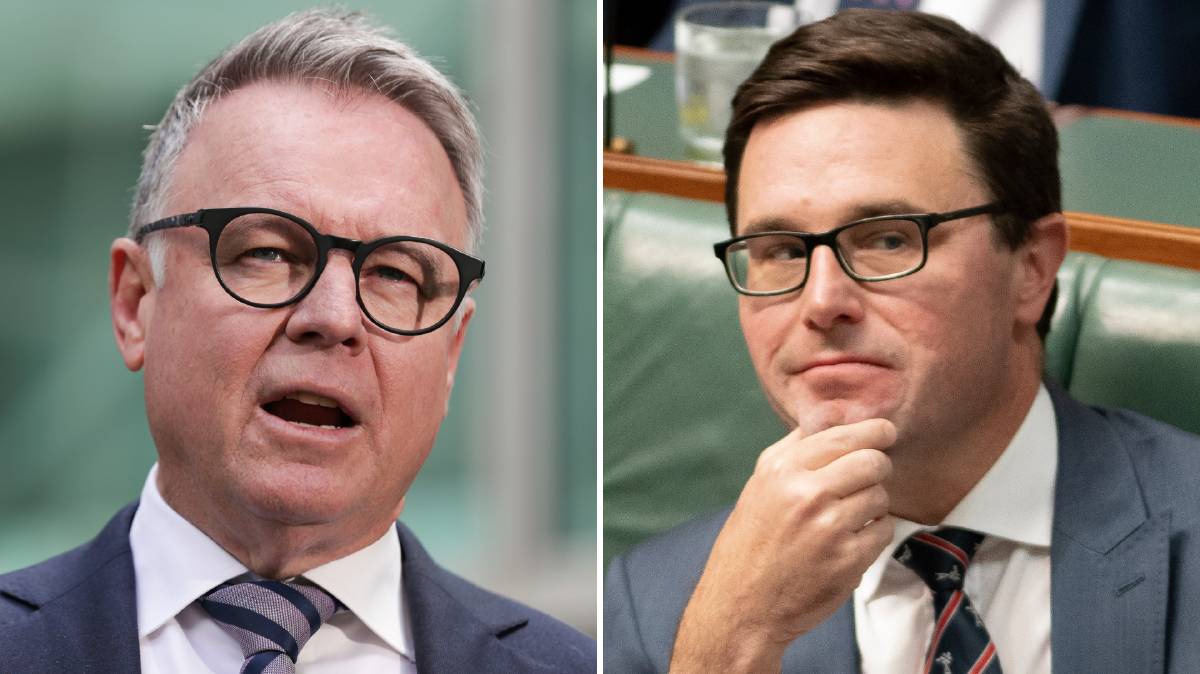 The heated debate saw the pair trade verbal blows about the nation's relationship with China and its trade policy.

THE Agriculture Minister and his Labor counterpart went head-to-head in a heated debate, trading verbal blows about the nation's relationship with China and its trade policy.

Ag Minister David Littleproud outlined his government's plan, as outlined in the recently announced budget, to turn the sector in to a $100-billion industry by 2030 at a National Press Club debate.

"The job of the government is to put the environment and infrastructure around its people, and then get the hell out of the way," Mr Littleproud said.

However, Labor agricultural spokesman Joel Fitzgibbon says without the government being honest about the challenges the industry faced, the plan was destined to disappoint.

"I suspect the [Ag 2030 plan] will be very much like the six, seven and twelve other national plans we've seen over the course of the last seven years," Mr Fitzgibbon said.

Australia's deteriorating trade relationship with China was a fierce point of contention, with Mr Fitzgibbon claiming the agricultural sector was hurting because the government had mismanaged the relationship with the nation's largest trade partner, who has slapped tariffs on barely, banned exports from a number of meatworks and begun investigating the wine industry over dumping allegations.

"The Australia-China relationship has fallen to a point never seen since Tiananmen Square, probably worse than that - David [Littleproud] cannot even speak to his counterpart," Mr Fitzgibbon said.

"Diversifying markets is the day job of every government and the government had only started thinking about it when they started a war with China."

Mr Littleproud shot back, saying his political opponent must have "been living under a rock", before reeling off several free-trade agreements the government had secured in the past six years.

"Our track record looks pretty good.... we've given market diversification, but it's not our decision for exporters to decide where they send to, they make that decision," Mr Littleproud said.

The Agriculture Minister also dismissed claims the trade relationship with China was in ruins.

"Take beef for example, we hit our quota in June - we're still going and they're still taking our beef," Mr Littleproud said.

"Business relationships between ourselves and China are still continuing in a calm and methodical way.